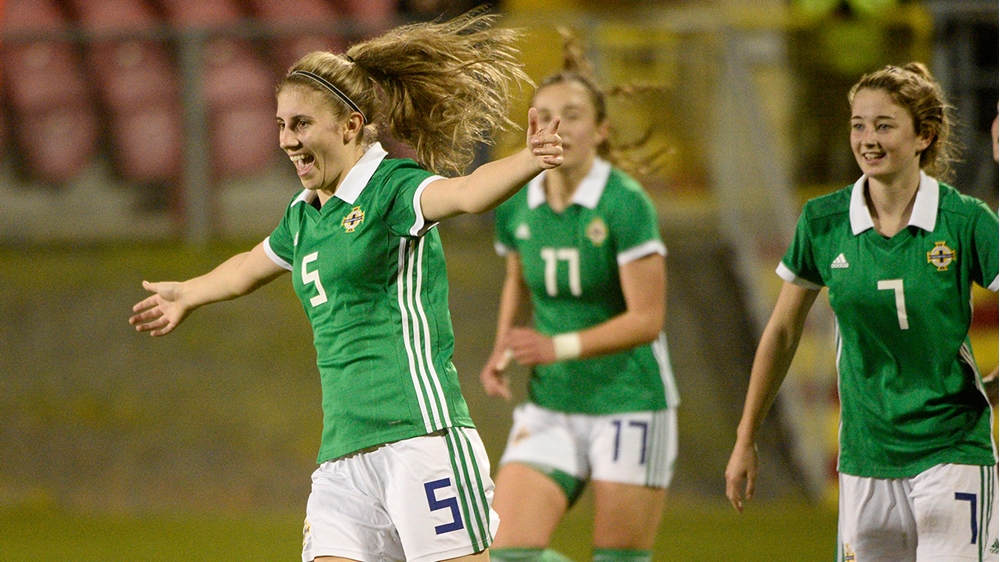 A performance packed with pace and energy saw Northern Ireland Women’s Under-19s comfortably ease past Estonia in a WU19 Euros qualifier in Portadown this evening.

With Germany defeating Kosovo 6-0 in Dungannon earlier in the day, in the first game in the six-match UEFA mini tournament being hosted by Northern Ireland over the next seven days, Alfie Wylie’s team were under pressure to put points on the board.

And they rose to the challenge with aplomb. They fully deserved the three points following a superb attacking display

Rebecca McKenna had the first clear sight of goal for Northern Ireland in the seventh minute, however she steered her shot wide from the edge of the area. Then Collighan’s low drive was easily collected by Estonian keeper Reti Talts.

Northern Ireland took the lead on 16 minutes. Bell clipped in a free-kick and Deane pounced eight yards out to steer the ball into the corner of the net. It was a fine finish from the Canada-based player.

Estonia levelled in the 22nd minute when, against the run of play, Mari-Liis Lillemae fired in a corner and Evelyn Silina rose above the home defence to nod the ball home.

McKenna, operating on the right flank, and Collighan down the left continued to press and probe, while Bell also produced some decent runs from deep.

In the 38th minute Northern Ireland took the lead once again when Collighan got on the end of a Deane flick-on and ran at the Estonian defence before planting the ball in the top corner from the edge of the area.

After the restart Marie Saar missed a good opportunity for the Estonians. She was put through by Emma Treiberg but screwed her shot wide. It was their last decent effort of the game.

On 56 minutes Bell intercepted a pass just inside the Estonia half, sped towards goal and coolly slotted the ball past Talts to make it 3-1 to Northern Ireland.

Wylie’s side increased their lead further in the 68th minute when Burrows poked a loose ball into the net from close range after a Bell delivery from a corner had the Estonia defence at sixes and sevens.

Two minutes later it was 5-1. Collighan turned her marker inside out close to the six-yard box and fired in a low cross which McDaniel turned past the Estonian keeper.

Collighan, who was excellent throughout, grabbed her second of the night on 87 minutes with a fine finish into the top corner, however there was still time for another goal, substitute Canavan scoring number seven with a firm header from a Bell corner.

The mini tournament will draw to a close with Northern Ireland v Germany at Shamrock Park on Monday 8 October (1300) and Kosovo battling it out with Estonia at Coleraine Showgrounds on 8 October (1300).

The top two sides in every qualifying round section - plus the two third-placed teams with the best records against the top two in their group - will go through to an elite round, the draw for which is on 23 November. Seven countries will eventually qualify to join hosts Scotland in the finals from 16 to 28 July next year. 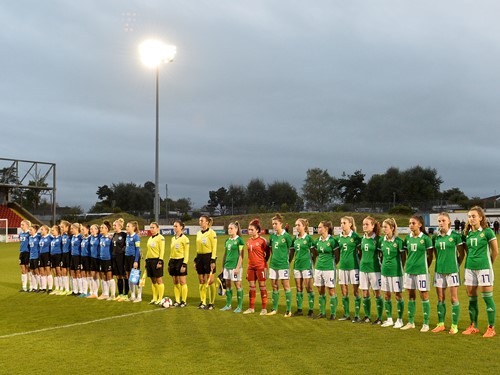 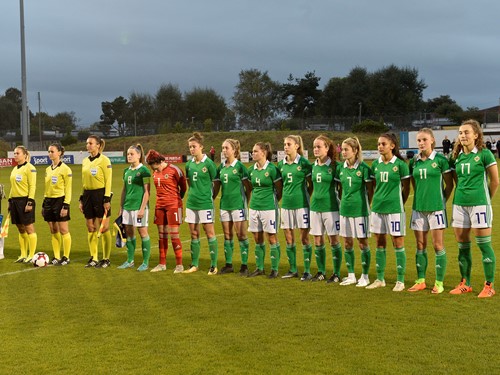 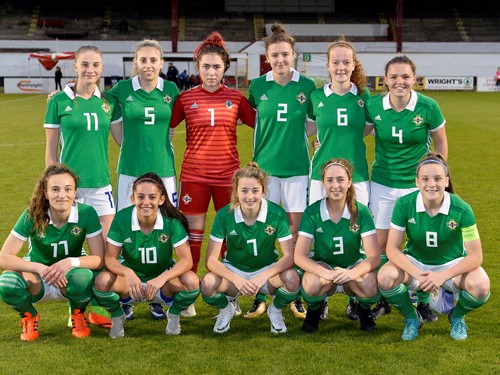 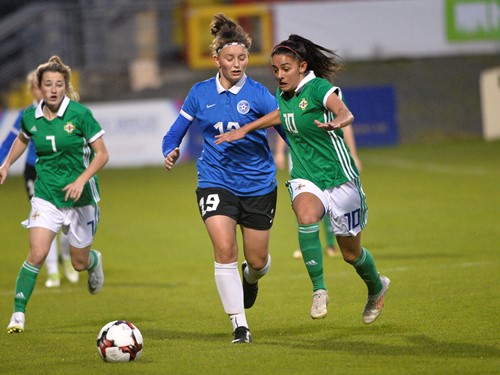 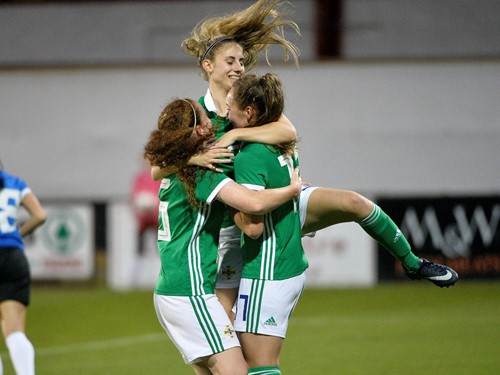 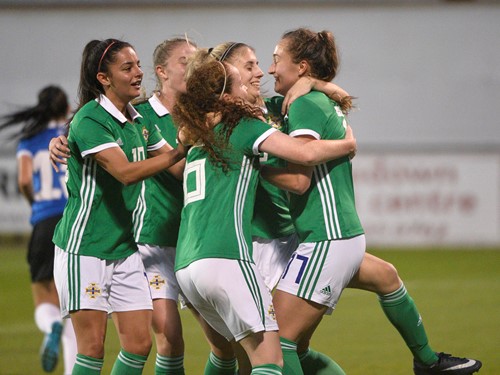 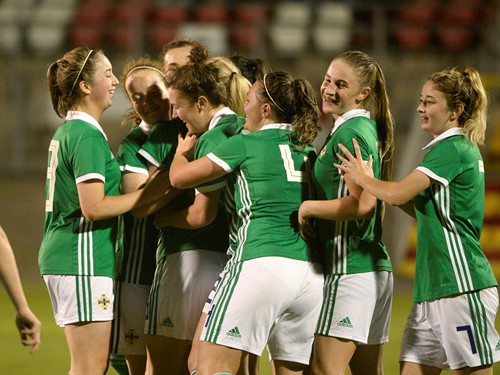 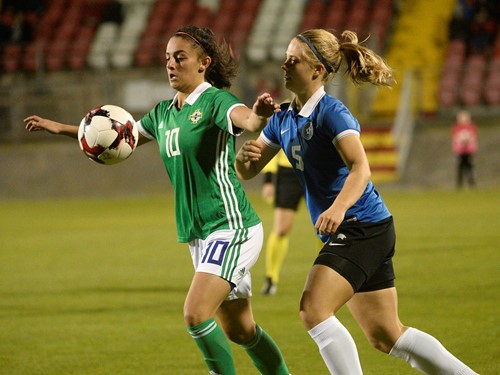 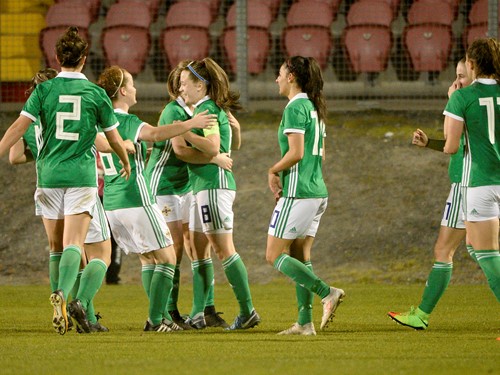 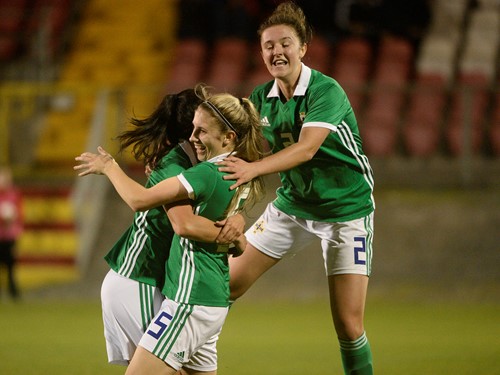 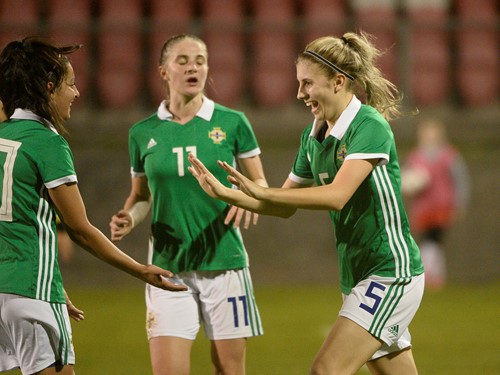 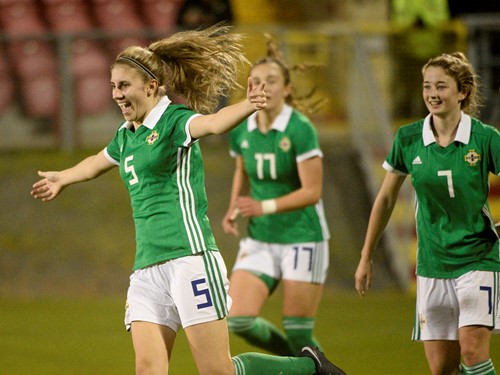 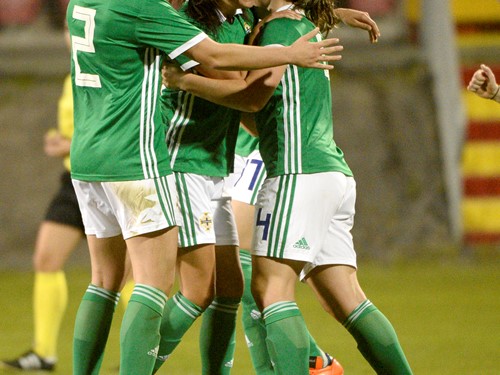