George Saville: We need to believe in ourselves and to remember how good we are 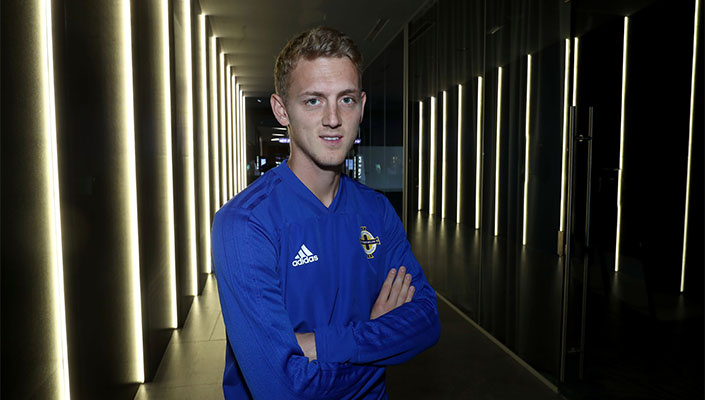 Northern Ireland midfielder George Saville is confident the team can bounce back from the disappointment of Friday’s 1-0 defeat in Austria with a positive result in the UEFA Nations League on Monday.

Michael O’Neill’s men will be going in search of their first win the competition tomorrow night when they take on Bosnia in Sarajevo (19:45 kick-off).

Saville, who joined Championship Middlesbrough from Millwall in the summer, feels the team forgot how good they are and how good they can be in Friday’s 1-0 defeat in Vienna.

“I think we need a little bit more belief; away from home, especially. In the two games against Bosnia and Israel last month, we showed how good we are at home and obviously in the away performance I just feel we lacked a bit of belief and we forgot really how good we are and can be

“As a team I think we’re really good and I think we’re improving a lot and we’re getting better and better. Eventually we just need to get the results and once they start coming we can really push on and I think that will give us the confidence and belief to get to the next level.”

The 25-year-old says he’s expecting a hostile atmosphere at the Grbavica Stadium, which houses just shy of 14,000 fans, but believes the players are experienced enough to deal with a partisan crowd.

“It’s what players are used to,” he said. “We go to away games with our clubs all of the time and we play in different atmospheres. We’re used to that so it’s up to us to adapt and play our normal game.

“The vibe in the camp is good. We’re confident and positive. Obviously, we didn’t get the result we wanted on Friday but we’re still positive we can go and get something on Monday.”

And Saville made special mention of the Green and White Army and their unwavering support for the team.

“The fans’ support is massive. We all appreciate it so much as well and it was fantastic to see so many of them in the stadium on Friday night. Hopefully there’s more of that tomorrow night and it just gives us that little bit more in the game.”