McCartan keeps Lincoln City at the top of League Two 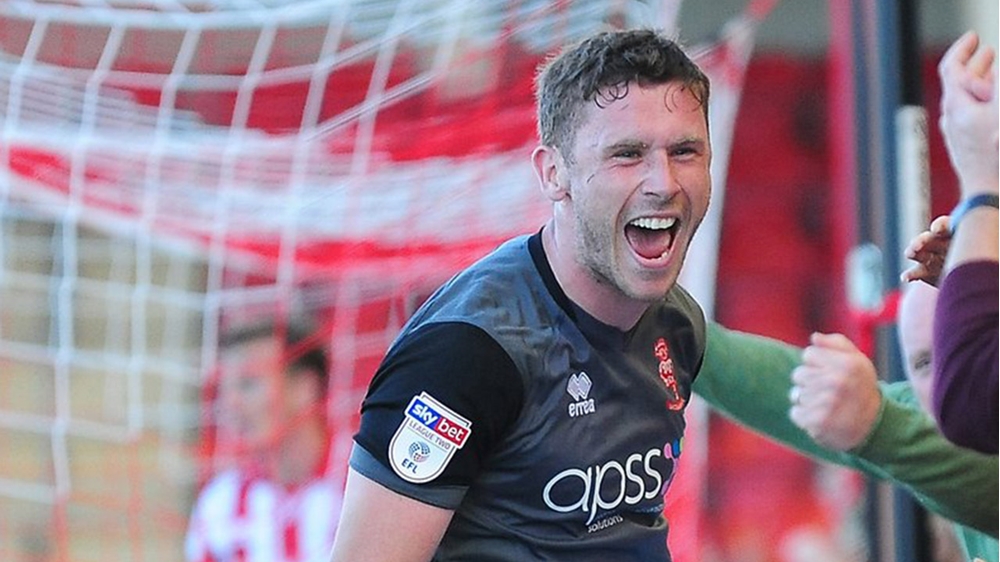 Northern Ireland forward Shay McCartan scored his second goal in as many games as Lincoln City won 2-0 at Cheltenham on Saturday to maintain their three-point lead at the top of League Two.

McCartan, who is on a season-long loan at Sincil Bank from Bradford City, sealed the Imps’ win with ten minutes remaining with City boss Danny Cowley stating the striker’s confidence is on the up after finding the net in recent games.

“He got the goal last week and has been looking good in training,” declared Cowley. “All week he had that air of confidence and that’s all forwards need sometimes is a goal or two so they can push on.”

Also on the scoresheet in League Two was under-21 midfielder Ben Kennedy who scored the only goal of the game for Stevenage in their win at Carlisle United.

The Hertfordshire outfit are now fourth in the table and Kennedy admitted the team are improving with each game.

“That is our fifth clean sheet and we look solid,” said Kennedy, who now has four goals this term. “We’re getting more solid as each game goes on and we are starting to gel more together as a team.

“There are a lot of new players and the team spirit is unbelievable.”

Elsewhere, Billy Kee’s penalty gave Accrington Stanley all three points at Walsall in League One, while in the Championship in Scotland striker Billy McKay grabbed a hat-trick for Ross County against his former club Dundee United as the Staggies’ romped to a 5-1 victory at Tannadice Park.

Meanwhile, Craig Cathcart was unfortunate to turn an Alex Iwobi’s low cross into his own net as Watford went down 2-0 to Arsenal at the Emirates, while Jonny Evans and Steven Davis were both unused substitutes for Leicester City and Southampton respectively.

With important games against Iceland and Slovakia coming up, Northern Ireland under-21 boss Ian Baraclough will have been buoyed by the news that left-back Cameron Dummigan played his first game of the season as a substitute in Oldham Athletic’s scoreless draw with Swindon Town at the weekend.

The former Burnley trainee missed the under-21’s historic 2-1 victory over the Spanish in Albacete last month after picking up a groin injury in pre-season.

Finally, under-19 internationals Daniel Rooney and Tyrone Lewthwaite were both named as substitutes for Plymouth Argyle and Rotherham United for the first time at the weekend.

Seventeen-year-old Lewthwaite scored a hat-trick for Stephen Frail’s under-19 side in a 4-1 win over Slovakia last month.