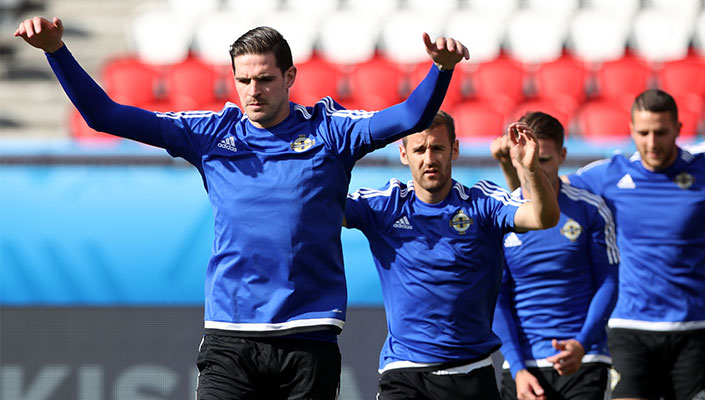 The Irish FA has written to Rangers FC regarding Kyle Lafferty who was selected in the Northern Ireland squad for the UEFA Nations League matches against Austria and Bosnia & Herzegovina on 12 and 15 October 2018 respectively.

As the player did not comply with the Association’s call up, the player is in breach and as a result, the Association is invoking the FIFA regulation (FIFA Regulations for the status and transfer of players, Annexe 1, Section 5).

This states that ‘the player is not entitled to play for the club with which he is registered during the period for which he has been released or should have been released pursuant to the provisions of this annexe.

‘This restriction on playing for the club shall, moreover, be prolonged by five days in the event that the player, for whatsoever reason, did not wish to or was unable to comply with the call-up.’