Nicholl’s side set to face Greece, Switzerland and Kazakhstan 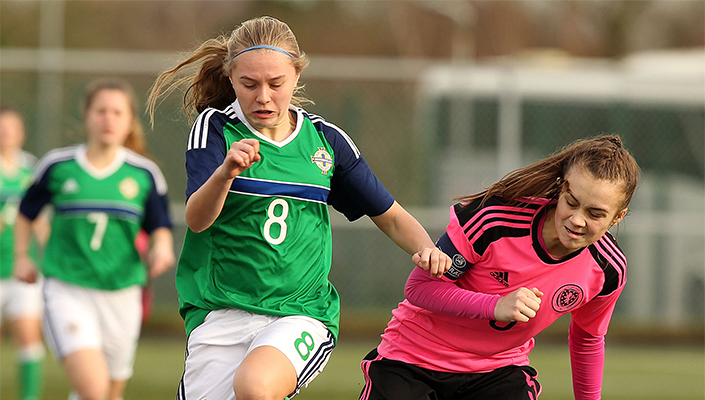 Northern Ireland’s first game in Qualifying Group 9 is against the host nation at Zossimades in Ioannina at 10am on Friday (12 October) followed by a match against Switzerland on Sunday at Kranoula Municipal Stadium in Ioannina (1300).

The final game for Northern Ireland is back at Zossimades next Thursday (18 October) when they face Kazakhstan (10am).

The top two sides in every qualifying group plus the four third-placed teams with the best record against the top two in their section will join holders Spain in the elite round draw on 23 November, with the games in spring 2019. The seven elite round group winners will join hosts Bulgaria in the finals from 5-17 May next year.

And a handful of the U17 players have been playing in Northern Ireland’s top flight this season, including Casey Howe of Linfield Ladies, who had a fine end to the domestic season as the Blues secured the Danske Bank Women’s Premiership crown.

Aimee-Lee Peachey was in the Glentoran Women’s team who won the Electric Ireland Challenge Cup last month, while Joely Andrews and Danielle Maxwell were on the bench for the Glens when they defeated Linfield Ladies in the Irish Cup decider. Howe and Caitlin McGuinness were both in the cup final squad for the Blues.

The WU17 squad is largely made up of players who are with clubs in Northern Ireland, however the panel also features Bristol City’s Libby Gilmore, Maddison Dodson (Slammers FC, USA), Grainne O’Casey (FC Dallas, USA) and Monteith, who plays for Charlotte Soccer Academy. 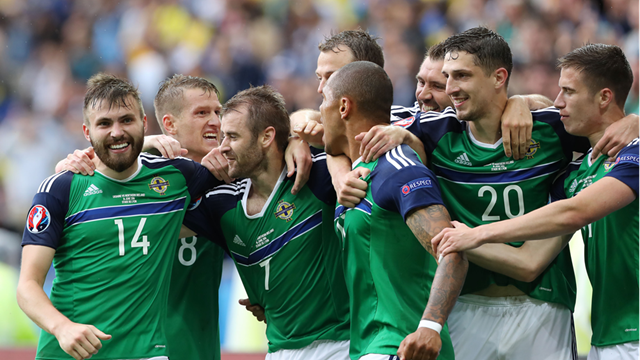