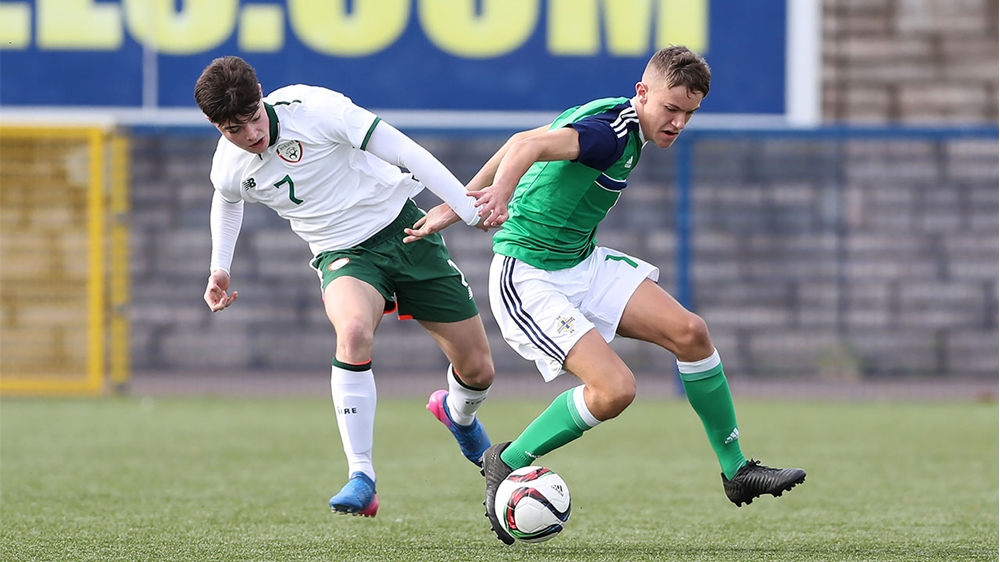 Head coach Declan Devine has unveiled his panel for the annual Victory Shield Under-16 Schoolboys’ competition.

This year’s tournament is being organised by the Football Association of Ireland’s Schools department on behalf of the Schools’ Association Football International Board.

The 73rd Victory Shield will be staged at three venues in Tralee in Co Kerry from 12 to 16 November.

England have not entered for the past few years, so Northern Ireland’s U16s will be facing Wales, Scotland and the Republic of Ireland in the 2018 tournament.

The Northern Ireland Schoolboys’ first game is against the Republic, the current shield holders, at Mounthawk Park on Monday 12 November (18.00).

They will then face the Scots at the same venue two days later, again at 18.00, and their final game is also at Mounthawk on Friday 16 November when they take on Wales (13.00).

Irish FA elite development coach Devine’s squad for the competition features four players who are currently on international duty with the Northern Ireland U17s squad at a UEFA U17 Euros qualifying round tournament in Turkey.

They include Linfield trio Charlie Allen, Ross McCausland and Dale Taylor and Foyle Harps player Orrin McLaughlin. And Ballinamallard United goalkeeper Nathan Copeland, who is also in Turkey this week, is on the standby list for the Victory Shield squad.

The 20-strong panel actually features five players who are on Linfield’s books and five who are Dungannon Swifts players.

Northern Ireland have only won the shield once – in 2000-01 – since the current version was set up.