Midfielder is enjoying his switch to ‘more involved’ role in team 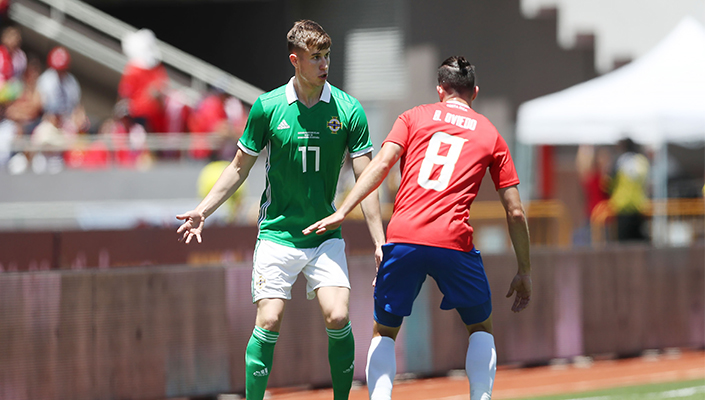 His preferred position is midfield, however Northern Ireland manager Michael O’Neill has strongly hinted McNair could be deployed at right back or right wing back when pulling on the green and white shirt in future.

And the Middlesbrough player is fine with that. “I will play where Michael wants me to play,” he said.

McNair impressed when he played at right back/right wing back in the 3-0 win against Israel in a friendly last month.

“Playing there allows you to get forward and put more balls into the box. You are more involved in the play and able to attack a lot. I really enjoyed it,” he revealed.

The versatile 23-year-old is expected to be in the starting line-up for the UEFA Nations League game against Austria in Vienna on Friday (12 October).

“We are having more of the ball. There are more passes and more shots. The boys are enjoying it,” he said.

And McNair revealed the squad are eager to make up for the defeat against Bosnia & Herzegovina in their Nations League opener last month. “Nine times out of ten when you play like that you will win the game,” he noted.

He said the team are aiming for a minimum of four points from the away games against Austria and Bosnia & Herzegovina (15 October) but believe they can win both.