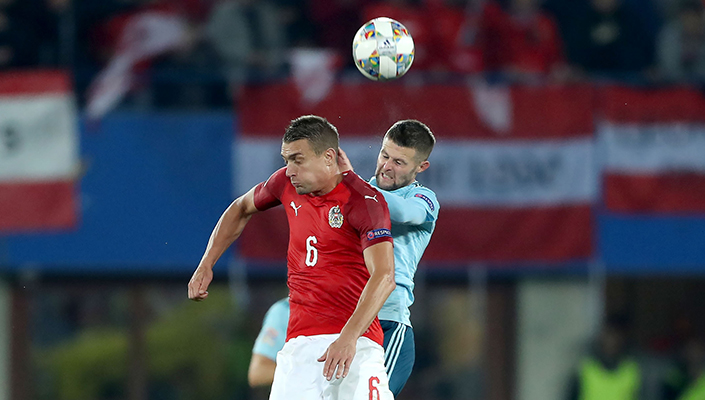 Midfielder Oliver Norwood reflected on a tough night as Northern Ireland went down 1-0 in Vienna.

A Marko Arnautovic goal midway through the second half sealed the points for Austria as Michael O'Neill's side await their first points in the UEFA Nations League.

Although he knows his side weren't at their best, Norwood reflected on chances which could have meant a much different ending, he said: “We had a good number of chances, Davo (Steven Davis) when he went through and Griggsy (Will Grigg) who hit the post.

"They were very physical and we matched them at times. It wasn’t a game for the football purist but disappointing to lose.

"Ultimately we have been punished by a bit of quality and once he gets there he doesn’t miss. I can’t really remember another chance except for Baileys save in the second half. The first half was scrappy and the second half was similar."

But now Northern Ireland must focus on their third Nations League game which is on Monday where they will want to get something in Bosnia & Herzegovina, he said: "We will have to pick ourselves up, recover and go again on Monday night against Bosnia and Herzegovina"

To hear the full interview watch the video above.