Women's U19 can secure Elite Stage spot with win on 5 October. 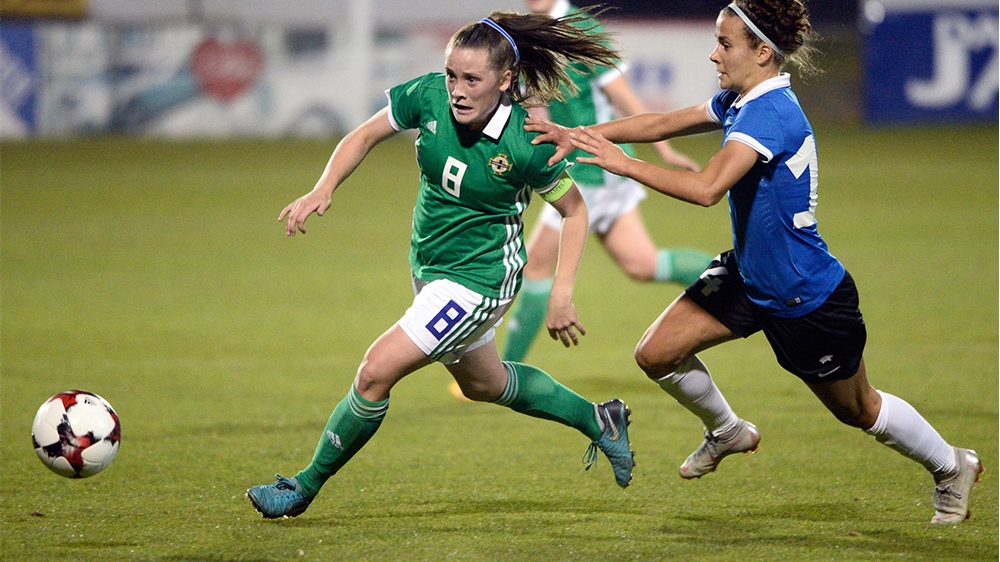 Northern Ireland Women U19s Captain Megan Bell is hoping for a win against Kosovo to secure their place in the Elite Stages.

After their opening 7-1 win in the Euro qualifiers against Estonia on Tuesday, a win against Kosovo would secure a place in the Elite Stages if Germany beat Estonia earlier in the day. Northern Ireland will then finish their qualifiers on Monday 8 October against Germany at Shamrock Park in Portadown at 1pm.

The top two from each group will make it into the Elite Stages along with two of the best third placed teams from across the 12 groups. The winner of each group in the Elite stages will then join hosts Scotland at the UEFA Women's Under 19 Championships next summer.

The 7-1 win was a performance full of confidence with five second half goals sealing the dream start to the qualifiers and Bell wasn't expecting that good of a start, she said: "No it's not what we were dreaming. We knew were going to come into the game and put in a performance but seven goals is massive and a plus."

But now focus is straight onto Kosovo to ensure nothing is left to chance, Bell said: "This result is so important but we have to have our heads screwed on obviously.

"Friday now becomes the big one against Kosovo. We have to get a result and we'll then be off to the Elite Stages next easter."

To hear more ahead of their Euro qualifier at Shamrock Park in Portadown, which kicks off at 7pm, watch the video above.