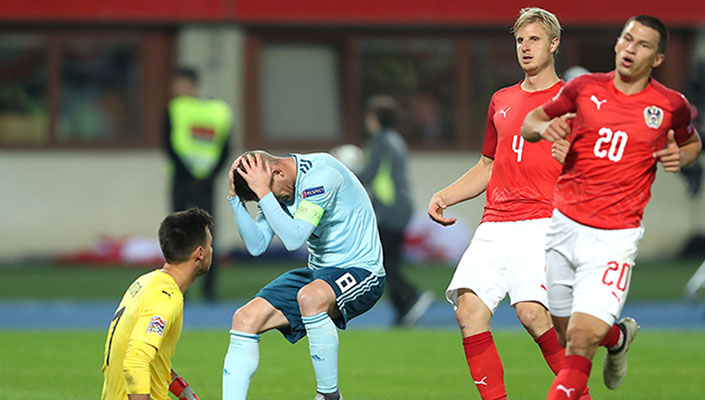 Northern Ireland fell to a second successive UEFA Nations League defeat with this single-goal defeat to Austria in the Ernst-Happel-Stadion.

Goalscorer Marko Arnautović proved to be a constant threat for the home nation and perhaps signalled his intent as early as the second minute with a ball through the middle of the defence which was comfortably dealt with.

Further early openings followed through Marcel Sabitzer's ball to set Guido Burgstaller free while Peter Zulj attempted to create an opening for Arnautović but Paddy McNair was alert to the danger.

It took Northern Ireland until the half-hour to create their first effort of note. Oliver Norwood delivered a cross from the right towards the back post and Shane Ferguson but his subsequent effort was too high.

Switching to the other end Sabitzer was almost through on goal only to be let down by a poor touch while Sebastian Prodl nodded over moments later after connecting with a corner.

That man Arnautović was involved again before the break, linking up with Valentino Lazaro to release Burgstaller but, again, McNair came to Northern Ireland's rescue.

Northern Ireland almost found a way through early in the second half after a Stuart Dallas was sent curling towards goal by McNair but keeper Heinz Lindner was on hand to turn it away.

Austria responded soon after through Arnautović after he beat Dallas to knock the ball goalwards and whilst saved there was still danger when Stefan Ilsanker then had a go from six yards before the ball was eventually hooked away.

And still the chances came. Zulj fired over under pressure from Dallas on 51 minutes but, two minutes after that, Northern Ireland skipper Steven Davis should have opened the scoring only to drag the ball wide after Dallas found him from a Prodl error.

However, what proved to be the only goal of the game came on 71 minutes after Arnautović got away from McNair to beat the offside trap and slip a finish beyond Bailey Peacock-Farrell.

Austria almost doubled their advantage on 79 minutes when a short Lazaro corner reached Stefan Lainer who just failed to turn it inside the near post.

First he glanced a McNair corner out for a goalkick before, with five minutes left, he headed a set piece against the inside of the bar before the ball fell into the grateful hands of the home keeper.

Northern Ireland are back in action on Monday night in Bosnia & Herzegovina before concluding the series at home to Austria in mid-November. 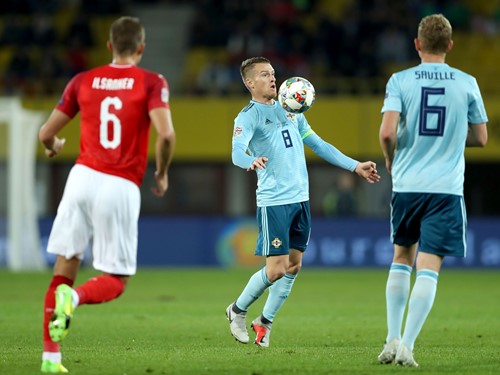 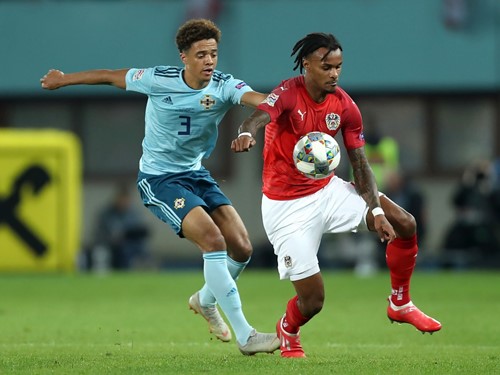 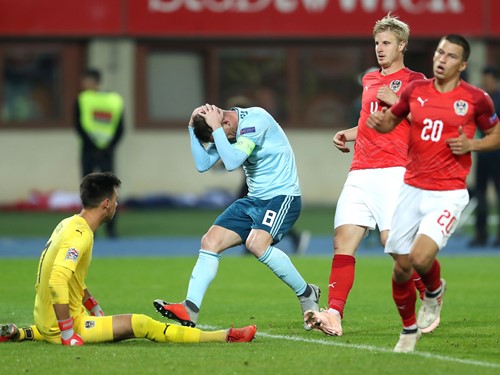 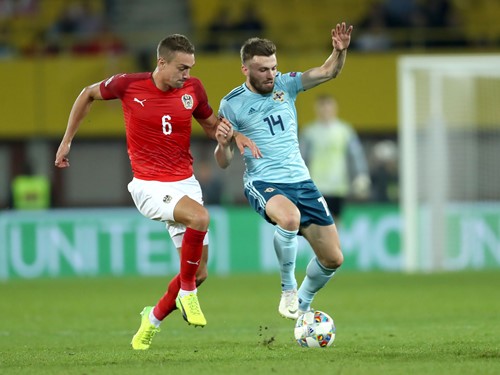 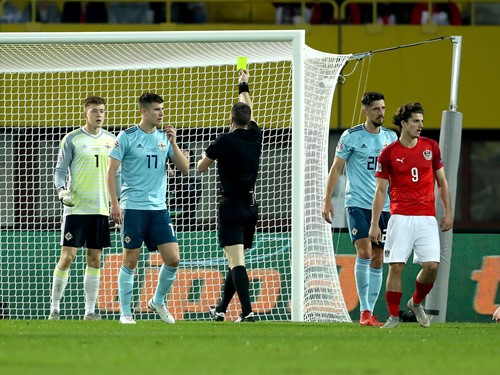 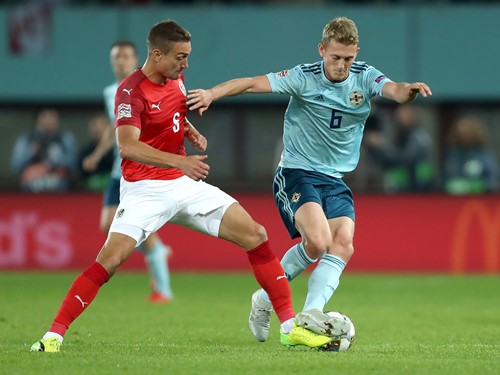 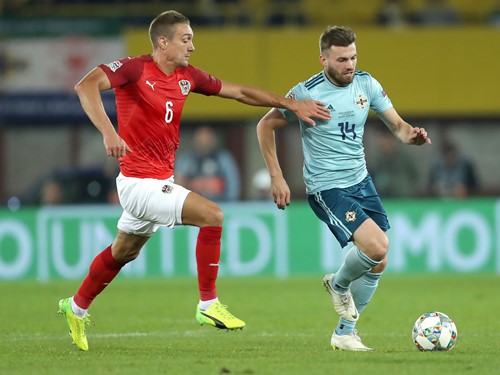