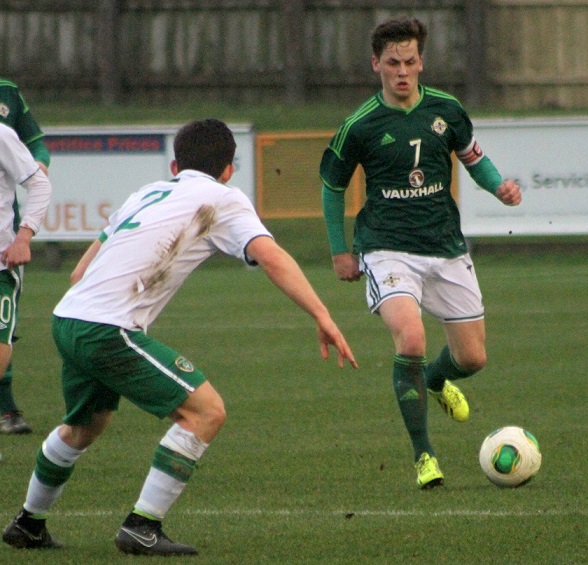 Paul Smyth and Ronan Hale have been called into the Under 18 squad.  Smyth is the first boy from St Louise's Comprehensive School to gain international representative honours while Hale is the brother of Rory Hale, who was capped at Under 16 level three years ago, and is the grandson of former Crusaders striker Danny Hale.

Joint Northern Ireland manager Frankie Wilson shared his views on the upcoming fixture: “Losing Salley and Mooney is a big blow to our Centenary Shield challenge but we welcome their selection for the Under 19 team and wish them well.  We are delighted that we have played a small part in the development of two exceptional young footballers.  It will also provide an opportunity for the other players in the squad to show their ability. Smyth is a talented performer who has merited his inclusion in the squad with some impressive displays recently.  Hale is still only sixteen and will be available again next year.  The experience gained at this level will serve him well in his development at international level."

Fellow joint Northern Ireland Manager Conor Marlin commented on his squad’s start to the competition and stated: “We have made a solid start but it could have been so much better.  A point away to England with a 2-2 draw  was a very creditable performance but really it should have been 3 points as we dominated the match. Losing 3-2 to the Republic of Ireland was a cruel blow.  Everyone agrees that we were the better side but things did not go our way.  However, this is a very close competition with very little between the teams.  Scotland has made a good start with a 2-0 win in Wales but we can get our campaign back on track with a victory on Friday."

Comber Rec Football Club has promoted the game extensively in the area and a large crowd is expected.  The Northern Ireland Schools’ Football Association is offering free entrance to any school or youth group wishing to attend the home game against Scotland.  Any group wishing to gain free entrance should send their details by email to Edwin Ferris, NISFA Treasurer, at edwinferris@yahoo.co.uk to obtain a group permit. 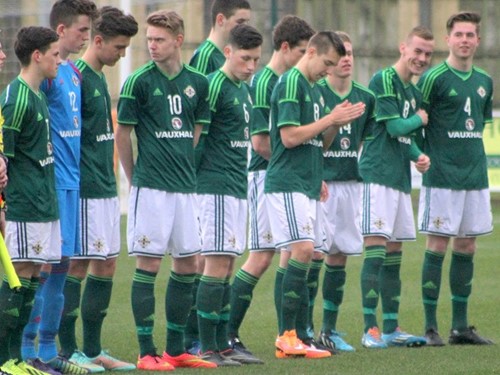