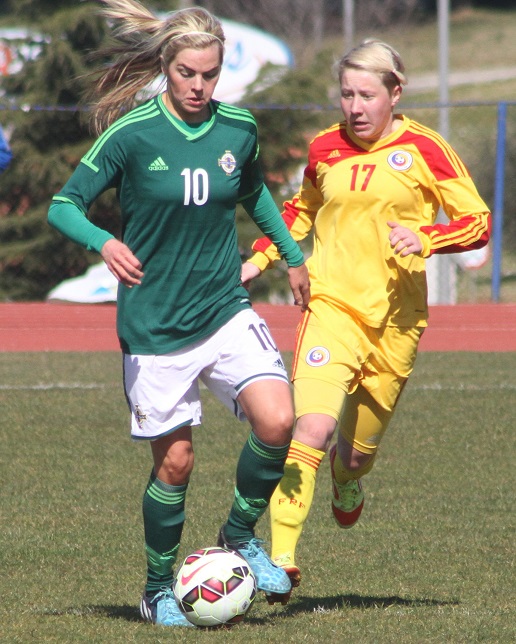 Hesitation in the Northern Ireland defence allowed Lunca, incidentally the scorer of a hat-trick when these two countries met at Under 19 Level in 2011, to score from close range.

For the remainder of the match, it was the Romanian goalkeeper who was the busier of the two keepers, particularly in the second half, as Northern Ireland created half a dozen good chances without being able to apply the finishing touch.

Northern Ireland manager Alfie Wylie was pleased, nevertheless, with the football played by his team:

“I cannot fault my players for their application during the match against a very strong and technically proficient side.

"I spoke some strong words during the half-time break, and the girls responded, dominating during the second half.  We should have been more incisive in front of goal, but we didn’t get the breaks either.”

Northern Ireland’s final group match is against Tournament hosts Croatia on Monday, with the Finals day next Wednesday. 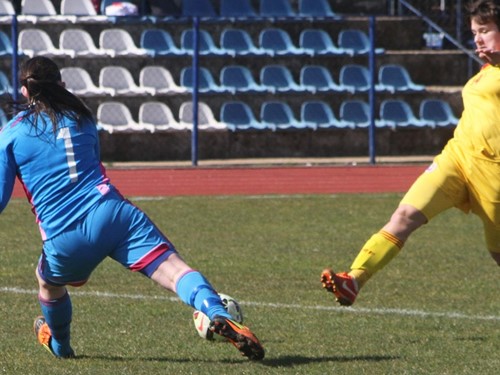 Emma Higgins makes a save from Romania goalscorer Alexandra Lunca