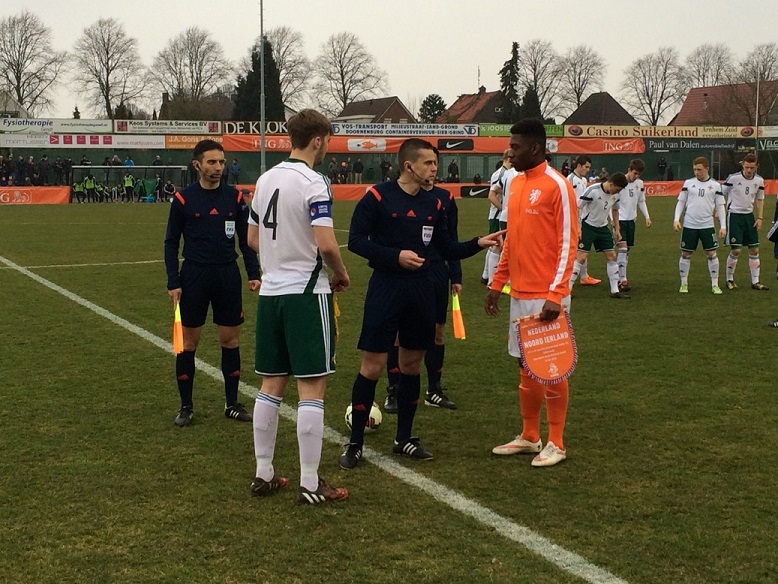 Both teams had early chances with Shea Conaty (Northern Ireland) and Javairo Dilrosun (Netherlands) both missing the target with efforts in the opening 10 minutes.

Northern Ireland were holding their own, and created a number of half-chances, before Donyell Malen’s strike deflected off Shea Gordon and into the net past goalkeeper Nathan Gartside to give the Netherlands the lead on 28 minutes.

Carel Eiting (Netherlands) and Ronan Young (Northern Ireland) both had chances to score but it remained 1 – 1 as referee Milan Ilić blew for half-time.

Netherlands kept possession in the early stages of the second half and Gartside was called into action to keep Northern Ireland in the game.

On 72 minutes substitute Salou Jallow turned on the edge of the Dutch box and clipped the ball just over the bar.

Seconds later Lavery got onto the end of a cross from the right to strike the ball home and make it 1 – 1.

That’s how it ended and Jim Magilton’s boys take away a well-deserved point against a Netherlands side boasting no less than seven of the players who were in the team that beat England 7 – 0 last month.

Northern Ireland now face Georgia on Tuesday in their final group match of the tournament. There will be live updates of the game via the Official Irish FA Twitter account. 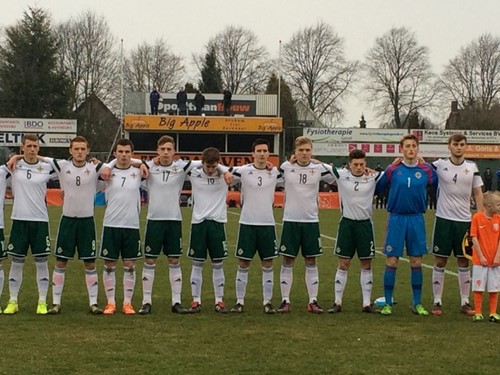