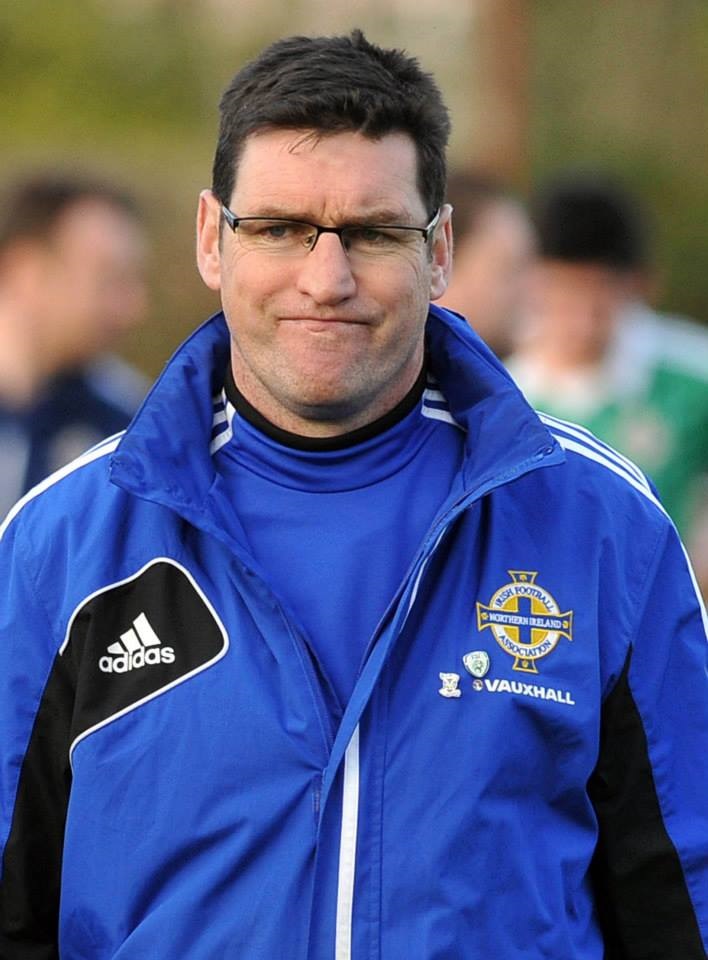 Northern Ireland began the campaign with a strong team performance and earned a crucial point following a 2-2 draw against England away from home. The Northern Ireland squad were however unlucky not to come away with all three points against England giving the numerous chances in which they created. The team will hope to build upon their impressive run and progress further by earning their first victory of the competition when they take on the Republic of Ireland.

Joint Northern Ireland manager Frankie Wilson shared his views on the upcoming fixture: “It will be a game that the boys will remember for the rest of their career, as games against the Republic are few and far between. I will never forget the game last year in Sligo and winning it in the last minute was a sweet feeling. The Republic staff will be reminding their boys about that from last season so I know it will be a competitive game as always.”

Frankie Wilson continued: “We have watched the Republic a few times and they are littered with good experienced FAI players. Their centre midfielders are particularly strong and creative. We are coming of the back of a good draw in England, so this game is setup for a close encounter. Conor and I have looked at the video of our game in Eastleigh and we feel that we could improve in certain areas. We have quality and experience all over the park and I know we will need to call on this experience on Tuesday.

Fellow joint Northern Ireland Manager Conor Marlin commented on his squad’s start to the competition and stated: “We have made a solid start with a point away to England. Really it should have been 3 points, the pleasing thing was the performance and our shape. Taking the 2 goals out, we restricted England to not having a shot on target, which is some going away to England. On the other side we hit the bar and had a couple of chances blocked on the line. The boys will take confidence from that performance but know the minimum requirement will be the same again, with the reality being we need to up it another level again to get the result we want against the Republic. The Ballinamallard pitch is a great surface and it will hopefully lend itself to a good game.”

The Northern Ireland Schools’ Football Association is offering free entrance to any school or youth group wishing to attend the home game against the Republic of Ireland at Ballinamallard.  Any group wishing to gain free entrance should send their details by email to Edwin Ferris, NISFA Treasurer, at edwinferris@yahoo.co.uk to obtain a group permit. 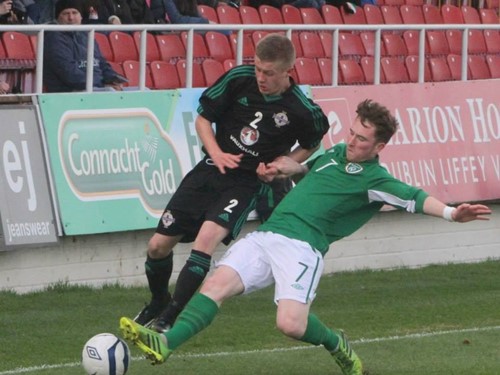 Lydon Kane in action against the Republic of Ireland in last year's Centenary Shield. 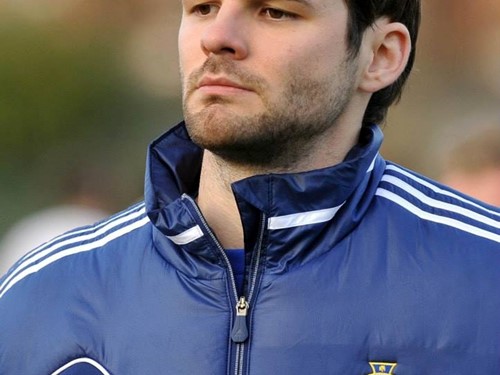