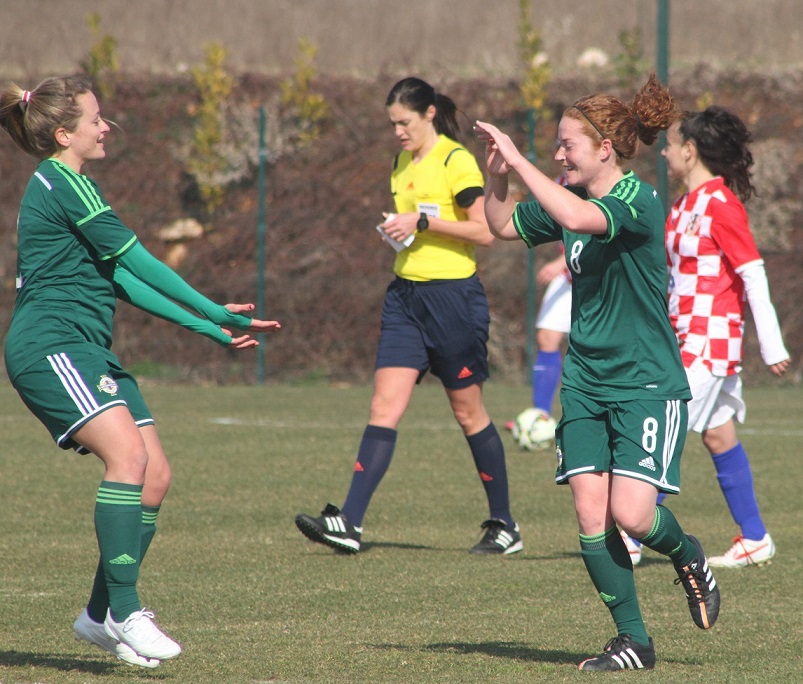 Having taken the lead through a spectacular Marissa Callaghan shot in the eighth minute, Northern Ireland dominated the first half, though the dry, sandy pitch and constant high wind made flowing football difficult.

Halfway through the first half, Kirsty McGuinness was scythed down on the edge of the penalty box, but the referee only produced the yellow card for the Croatian defender, though she was clearly the last player.

Croatia's equaliser in the fifty-seventh minute was also controversial: the referee decided that Julie Nelson's handball was deliberate even though the ball was struck at her from about half a yard, and Baban converted the resultant penalty.

Injuries to Nelson and  to influential midfielder Aoife Lennon contributed to Northern Ireland losing their grip, and Rudeljic took her chance to score Croatia's second, winning goal in the seventieth minute.  In the closing stages, Manager Alfie Wylie introduced youngsters Annie Timoney, Danielle Ennis and Lauren Brennan, but the Croatians controlled the game until the final whistle. 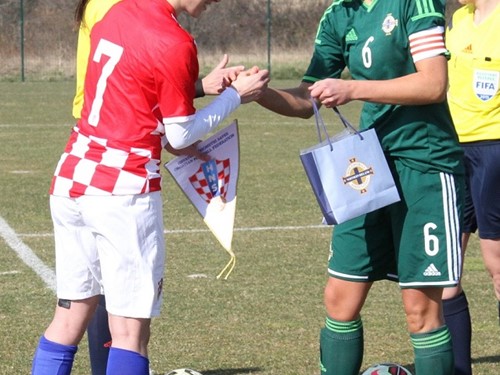