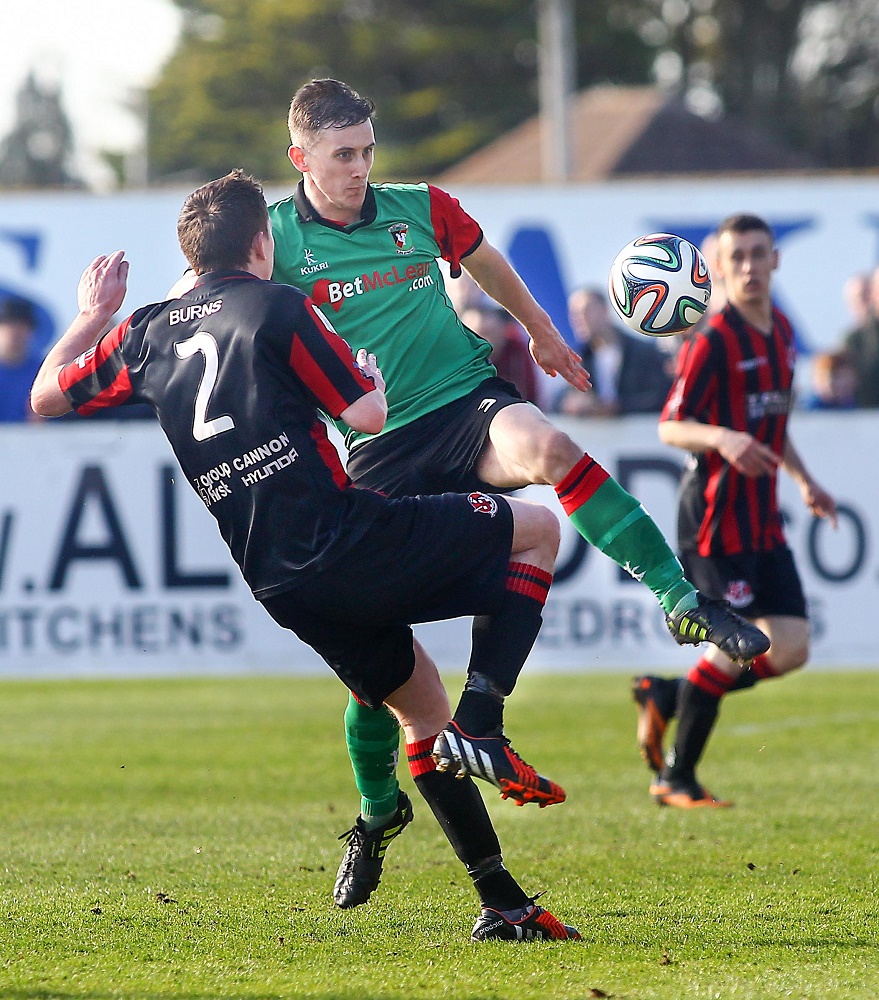 Allen combined with Kym Nelson to create the opening, kicking the move off with a backheel which Nelson then converted into a cross into the area for Allen to get past defender Colin Coates to beat Sean O'Neill from five yards.

It capped a somewhat tense and nervous first half which produced little of note in front of goal although Gavin Whyte might have nodded the Crues in front as early as the fifth minute only to just fail to connect with a Declan Caddell cross.

The second half was a more lively affair, with the Crues coming close on 57 minutes when only a poor first touch from Jordan Owens stopped him from knocking home Richard Clarke's right-wing cross.

Paul Heatley then came close a few minutes after that with an effort from inside the area only to send the ball just wide.

The Crues upped the ante as time ran out as Caddell fired into the side netting before Nathan Hanley saw a free-kick held by Elliott Morris.

Allen almost put the issue beyond doubt in the closing moments only to be denied by O'Neill's feet - but there was still time for substitute Diarmuid O'Carroll to almost force extra-time with a 12-yard effort that came back off the crossbar. 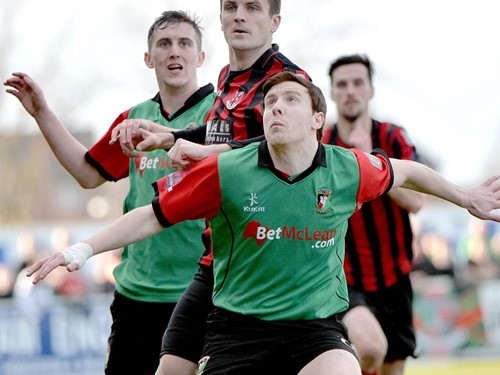 Diarmuid O'Carroll and William Garrett keep an eye on the ball 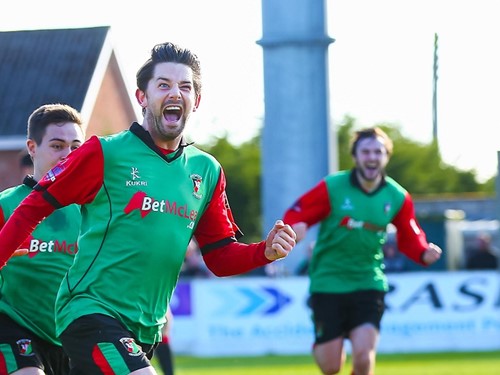 Curtis Allen celebrates what proved to be Glentoran's winner