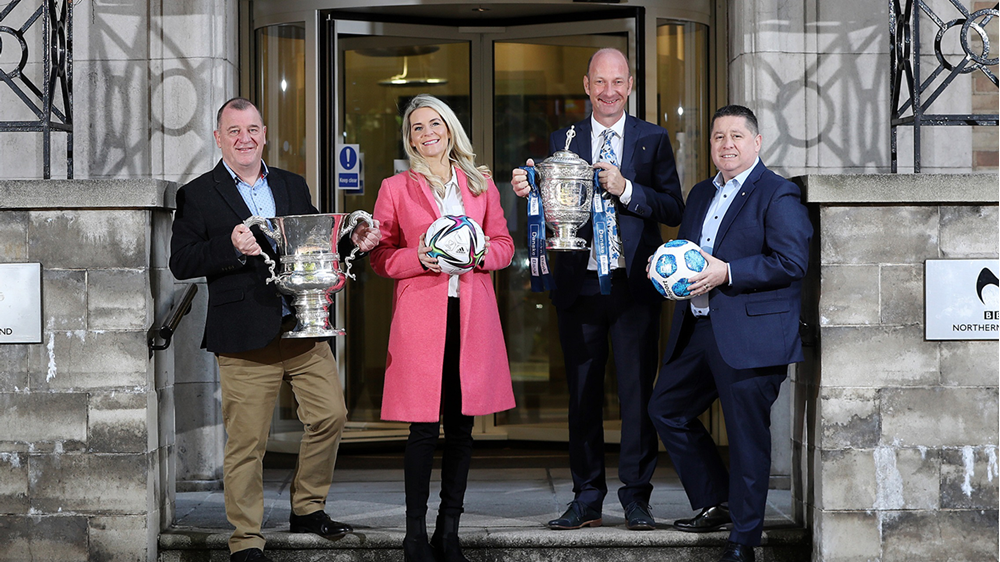 The new agreement will also see BBC Sport NI continuing to broadcast the Sadler's Peaky Blinder Irish Cup Final live. A tie from every round of the competition from Round 1 on (January) will be live-streamed with matches available on BBC iPlayer and the BBC Sport NI website.

Patrick Nelson, Irish FA Chief Executive, said: “We have worked closely with our partners at the BBC on an innovative deal which will provide football fans even greater access. It allows us all to help grow the game in Northern Ireland and represents another step forward for the journey of the Irish Cup, our premier competition.”

The first live-streamed game of this season will feature Glentoran v Coleraine on Saturday 16 October, followed the next weekend by Dungannon Swifts v Carrick Rangers on Friday 22 October.

Neil Brittain, Executive Editor BBC Sport NI, said: “The NIFL Premiership continues to go from strength to strength and we are proud to be a broadcast partner of the league.

“Record numbers of people came to the BBC to watch matches last year and it is great to have this new contract in place so that we can continue to offer comprehensive coverage for the next five seasons across BBC TV, BBC iPlayer, Radio Ulster and the BBC Sport NI

“We also know how the Irish Cup is hugely popular with football fans with more and more supporters than ever before tuning in to watch over the last two seasons. I am pleased

therefore that we have been able to extend our coverage to include live-streaming of every round of the competition as well as continuing to show the final live on TV every year until 2026.”

Gerard Lawlor, Chief Executive, Northern Ireland Football League, added: “We’re delighted as a league to extend our long-standing relationship with BBC Sport NI and we sincerely thank them for their substantial investment in our product.

“The coverage and support from BBC Sport NI has been a huge contributing factor to the recent growth of the Premiership and we look forward to the continuation of live games with the added benefit of our loyal fans now back in stadiums adding to the unique atmosphere of the Irish League.”