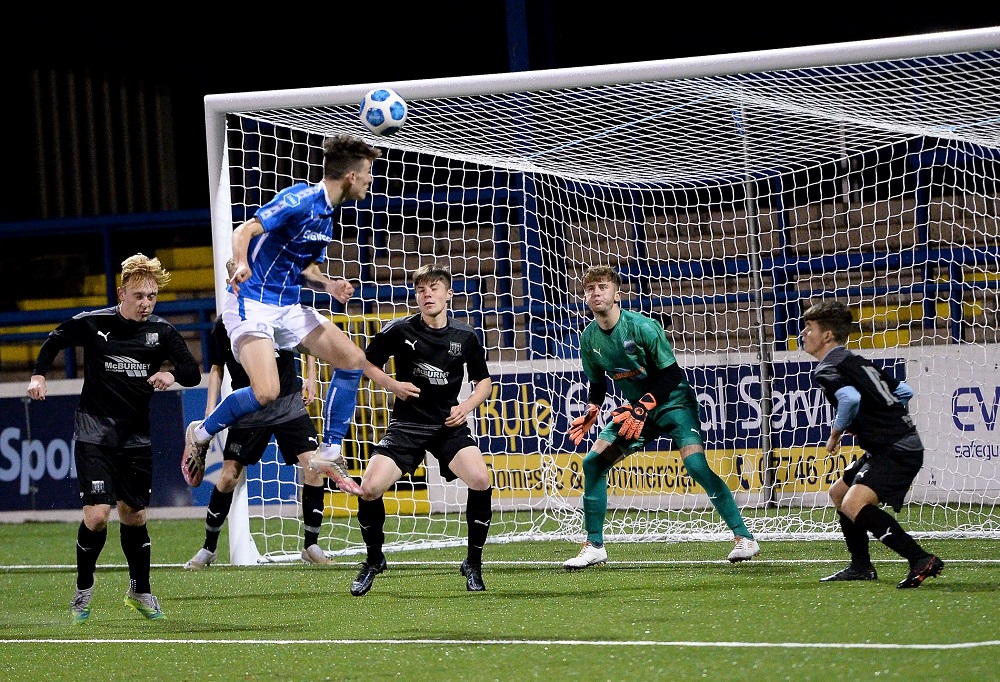 Coleraine U18 claimed the derby honours with victory over Ballymena United U18 in the first round of the Harry Cavan Youth Cup, sponsored by Dale Farm Protein Milk, on Friday evening at the Coleraine Showgrounds.

Despite the eventual outcome of this 'tie of the round', it was the young Sky Blues that drew first blood when, on 27 minutes, Caleb Crawford found the net with a close range header after connecting with a well placed corner.

The Bannsiders almost levelled after exploiting gaps left at the back as Ballymena pushed for a second when Bobby-Jack McAleese found himself in space to unleash a powerful shot from ten yards that hit the post before he turned the follow-up against the crossbar.

But the home side did find their equaliser five minutes from the break courtesy of Aaron Campbell's near post tap-in from barely a yard out.

The second half was only three minutes old when Kirk McLaughlin edged Coleraine in front with a powerful glancing header from inside the six yard box.

The home side started to gain confidence and might have added to their tally only for United keeper Mason Hume to keep them at bay but, as the game progressed, it was obvious the Bannsiders were pushing to kill the game off.

They duly did so on 72 minutes when McLaughlin bagged his second of the evening after latching onto a loose ball and turning the finish through Hume's legs. 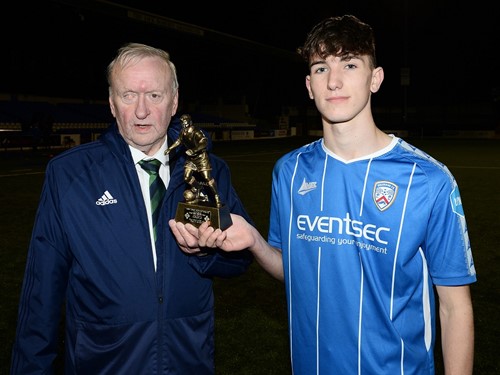 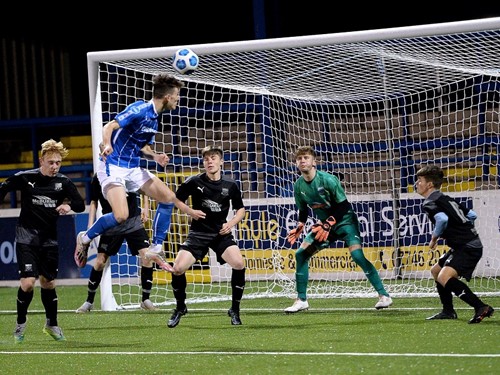 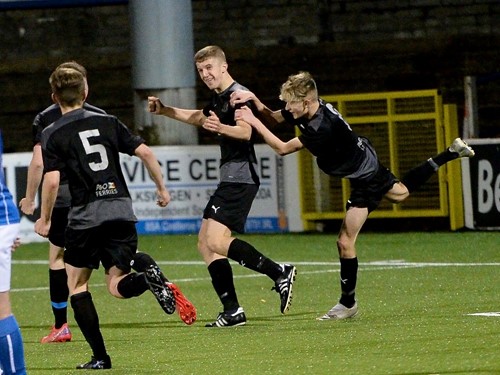 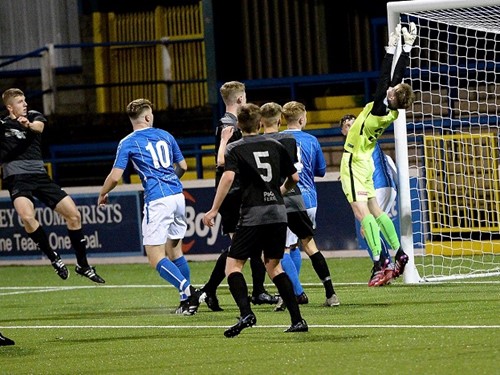 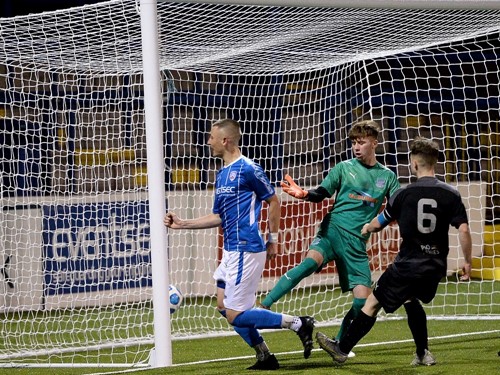 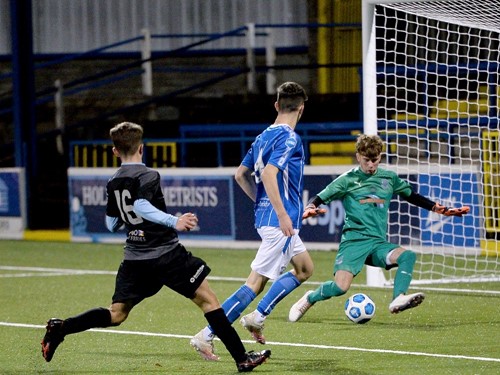 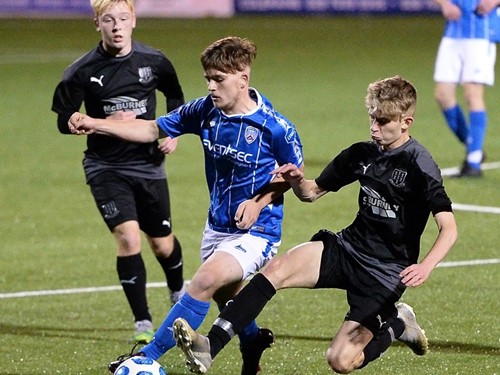 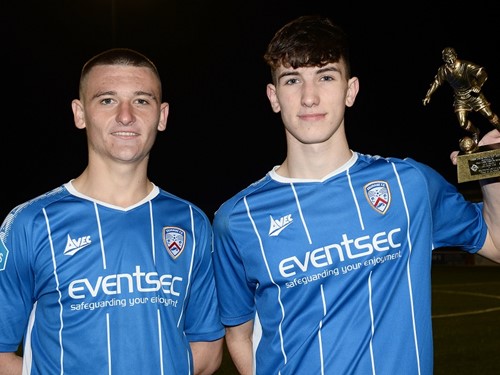 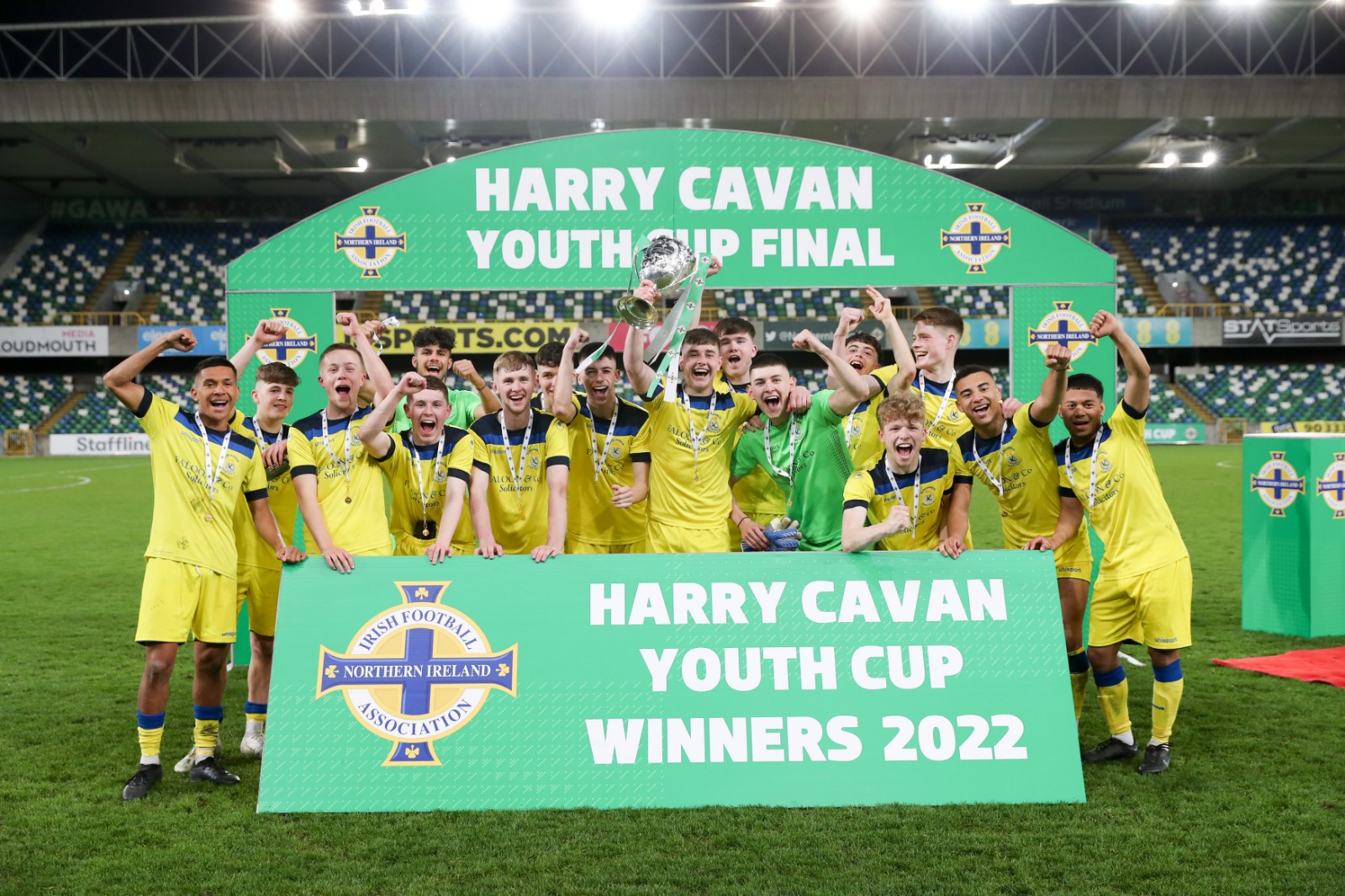