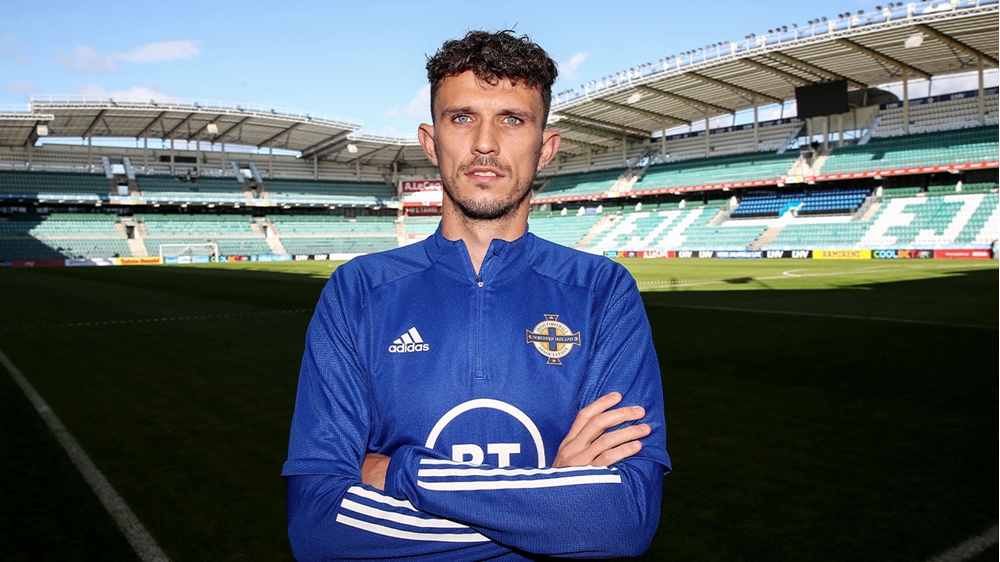 Northern Ireland defender Tom Flanagan scored his first goal of the season as 10-man Sunderland came from behind to claim all three points against Gillingham in League One at the weekend.

The 29-year-old headed home what eventually proved to be the winner nine minutes after the break to give the Black Cats a 2-1 lead and despite having a player sent off the visitors held on to record an eighth league win of the season.

Speaking to the club website after the game, Flanagan said: “I’ve scored against Gillingham for Sunderland before so this is obviously my team!

“This is the best team I’ve played in for a long, long time and I am really, really enjoying my football.

“We’ve got a really good mix and it’s just a really good style. I think all the boys like that so I don’t think we'll move away from that and we’ve also got good characters in the dressing room when things are going wrong.”

Flanagan was joined in the Sunderland back-line by his international colleague Carl Winchester though Corry Evans was again ruled out through injury.

Also getting their names on the scoresheet at the weekend were striker Kyle Vassell, who scored his third of the season as Cheltenham Town defeated Accrington Stanley by a single goal and Paddy McNair, who converted from the penalty spot as Middlesbrough beat Peterborough United 2-0 at the Riverside.

Former Northern Ireland international Billy Mckay scored his fourth in two games as Inverness recorded a 2-0 win at home to Morton in the Scottish Championship.

In the Premier League, it was a tough afternoon for Craig Cathcart as a rampant Liverpool ran out 5-0 winners at Vicarage Road to make it a miserable debut for new Watford manager Claudio Ranieri.

On a brighter note, Jonny Evans returned from injury and illness to help Leicester City to a dramatic 4-2 victory over his old club Manchester United, though Leeds United, who again had Stuart Dallas in their starting XI, were beaten 1-0 at Southampton, their fourth Premiership defeat of the season.

Meanwhile, goalkeeper Bailey Peacock-Farrell had to be content with a place on the substitute’s bench for Sheffield Wednesday 2-2 draw at AFC Wimbledon, but Owls boss Darren Moore insisted that was always going to be the case on the 24-year-old’s return from international duty.

“Joe (Wildsmith) was always going to play today,” admitted Moore. “Bailey has been away with Northern Ireland, he’s done a lot of travelling this week to Bulgaria and Switzerland, he only joined up with us on Friday so missed all the building to this game.

“We have another game tomorrow and we will assess the goalkeeper situation then.”

Absent from their club squads over the weekend were Shayne Lavery (hamstring), Ali McCann (ankle) and Ryan McLaughlin (groin), though Gavin Whyte did return from his Covid related absence to play in Oxford United’s 3-1 home defeat to Plymouth Argyle.

In Scotland, Michael Smith made his 150th appearance for Hearts as the Edinburgh outfit maintained their challenge at the top of the Premiership table with a very creditable 1-1 draw at Rangers for whom Steven Davis came on to play the final fifteen minutes.

Finally, after a spell without a club, defender Conor McLaughlin returned to action when he made his debut as a late substitute for Fleetwood Town in their impressive 3-0 home success over Crewe Alexandra.