The two finalists for the prestigious People’s Award in the McDonald’s Irish FA Grassroots Football Awards for 2021 have been announced.

The annual McDonald’s Irish FA Grassroots Football Awards, which celebrate 21 years in Northern Ireland this year, recognise the incredible work and commitment of grassroots football clubs and volunteers at all levels.

Cast your vote for the People's Award here

Chimney Corner FC coach and committee member Dominic Dewart and lifelong Loughgall FC fan and volunteer Hilbert Willis have been shortlisted as the finalists for the award, which recognises the outstanding contribution made by an individual to grassroots football in their local community and beyond.

The winner of the 2021 People’s Award, who will be announced at the national awards ceremony next month, will be determined by the public through online votes via the Irish FA website.

Chimney Corner’s Dominic Dewart (pictured with Northern Ireland legend Pat Jennings below), who has been coaching in grassroots football in Co Antrim for almost three decades, said: “Being recognised is a massive achievement, but it’s not just for me, it’s for the club. There’s been a large team of us that came through the club over the years, and I wouldn’t be in this position without their support. 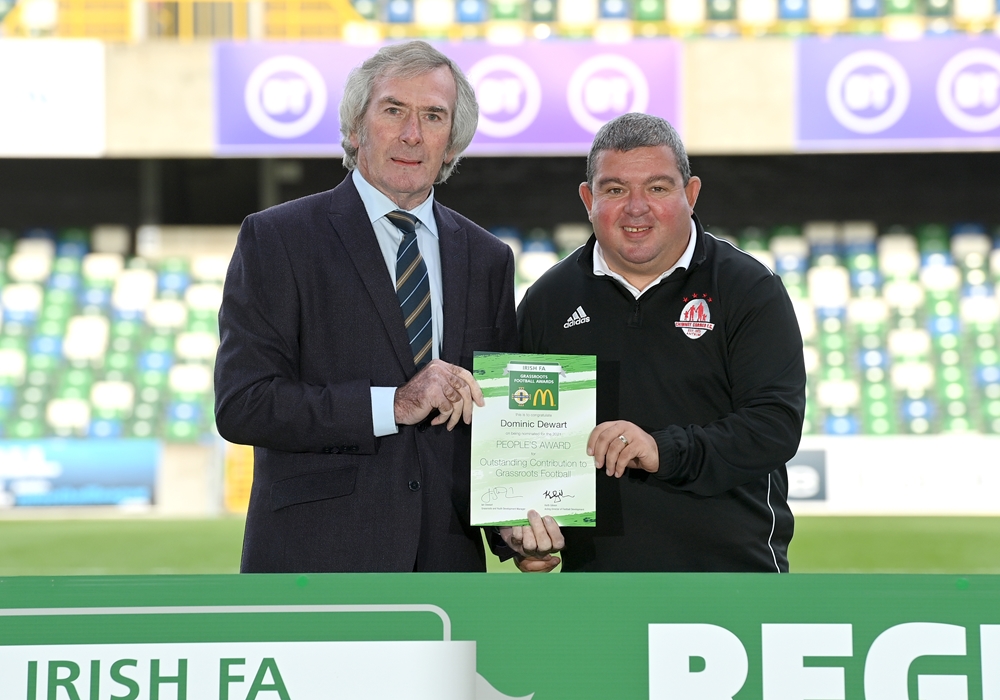 Hilbert Willis (pictured with Pat Jennings below), 97, who served Co Armagh club Loughgall as a groundsman for 30 years and as chairman for almost a decade, said: “If I win, it would be for the club because I just love the place. It means everything to me. My heart is in it, and it always was. If there is anything happening about the club, there is something wrong if I’m not there.” 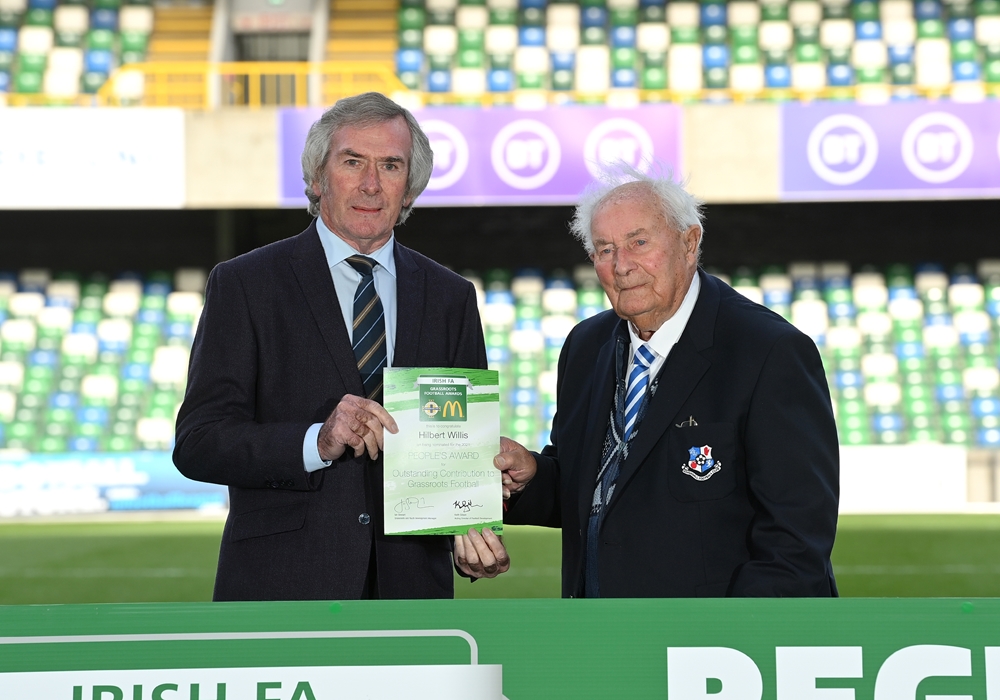 Northern Ireland legend and McDonald’s Fun Football Ambassador Pat Jennings insisted the awards provide a great opportunity to celebrate the fantastic work that takes place at all levels of the grassroots game in Northern Ireland and he applauded the two People’s Award finalists.

Online voting for the 2021 People’s Award has now opened. For more information, and to place your vote, visit www.irishfa.com/peoplesaward.

Voting will close on Monday 1 November.