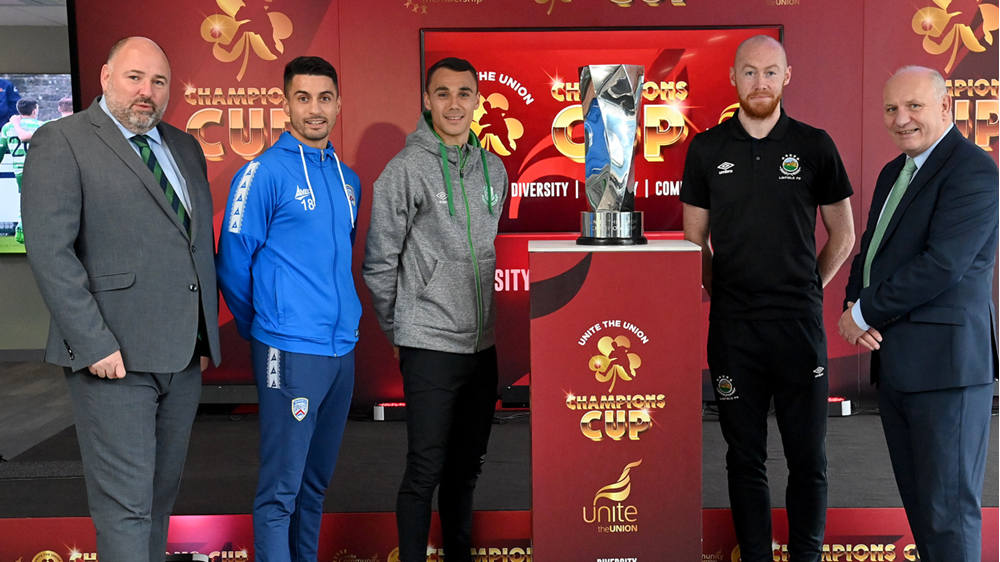 The second edition of the Unite the Union Champions’ Cup was officially launched today. 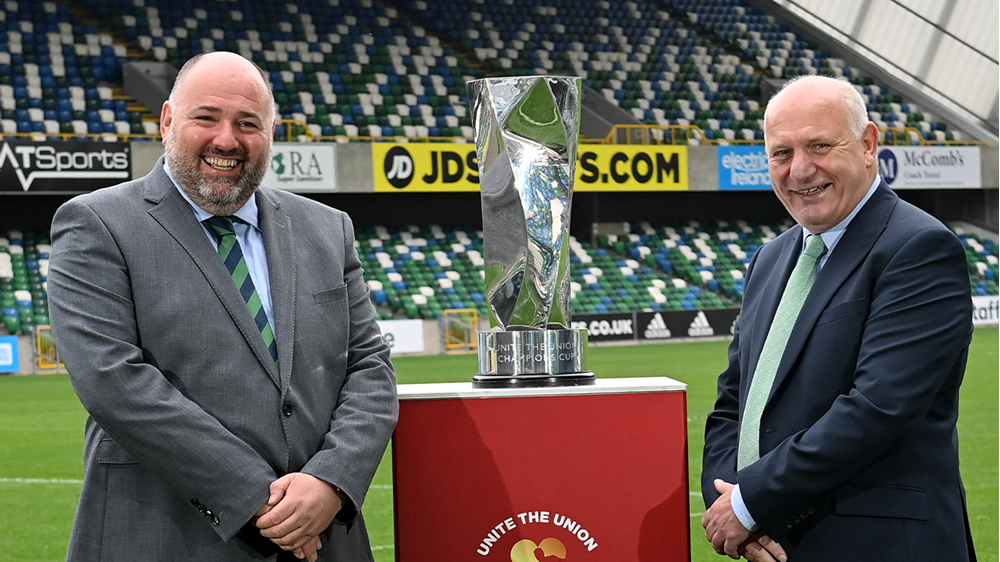 Details of the expanded format and the competition’s return to the football calendar were unveiled by the Unite union at the National Football Stadium at Windsor Park.

Reigning Danske Bank Premiership champions Linfield and Coleraine will battle it out on 23 November - the venue is TBC - for a place in the final, which is to be staged at Dublin’s Aviva Stadium on 4 December.

This year’s League of Ireland Premier Division title race will not officially conclude until 19 November and the teams finishing as champions and runners-up will compete for a place in the Champions’ Cup final after that. At present runaway leaders Shamrock Rovers and St Patrick’s Athletic are the favourites to finish first and second respectively in the SSE Airtricity League.

Unite Regional Secretary Jackie Pollock expressed his union’s pride in the initiative and hopes that the expanded format will facilitate even greater use of football as a vehicle to bring communities together and redress disadvantage.

He said: “The Unite the Union Champions’ Cup promotes diversity, equality and community and does so through focusing on our common love of the beautiful game that is football.

“After an unavoidable one-year hiatus due to the pandemic we are relaunching the Champions’ Cup in an expanded format. This year’s games, set for November and December, will see the leading teams north and south play off before the champions come forward for an all-island final.”

He also said the Unite the Union Champions’ Cup seeks to celebrate diversity, promote equality and build community while providing a focus for enjoyment and positivity.

“I’m very proud that this year again Unite is providing funding of £50,000 which goes directly into communities and schools in the catchment areas of the teams involved. This money is targeted at improving the lives and opportunities of those in greatest need,” he added.

Irish FA President Conrad Kirkwood said the competition’s promotion of the values of diversity, equality and community dovetail with the association’s values.

He further pointed out: “This is a really exciting competition and, after a Covid-hit year, it’s back and we are delighted about that.

“In Northern Ireland football really is for all. The game is strong on both sides of the border. I know NIFL is in a really good place, and I’m delighted to be embarking once again on this footballing journey with our counterparts at the FAI. A big thanks to Unite the Union too for its backing.”

Football Association of Ireland President Gerry McAnaney added: “We are delighted to be here in Belfast today for the launch of the 2021 Unite the Union Champions’ Cup.

“Our relationship with the Irish Football Association is very important to our association and this competition further strengthens the bond between our associations and our leagues.”

In recent months, and despite the pandemic, Unite has been working with schools in marginalised communities in the Republic to roll out a new STEM (science, technology, engineering and mathematics) education initiative sponsored by Unite. And today at the cup launch it revealed it is also set to roll out the initiative, combining technology, learning, football and fun, to schools in Northern Ireland.