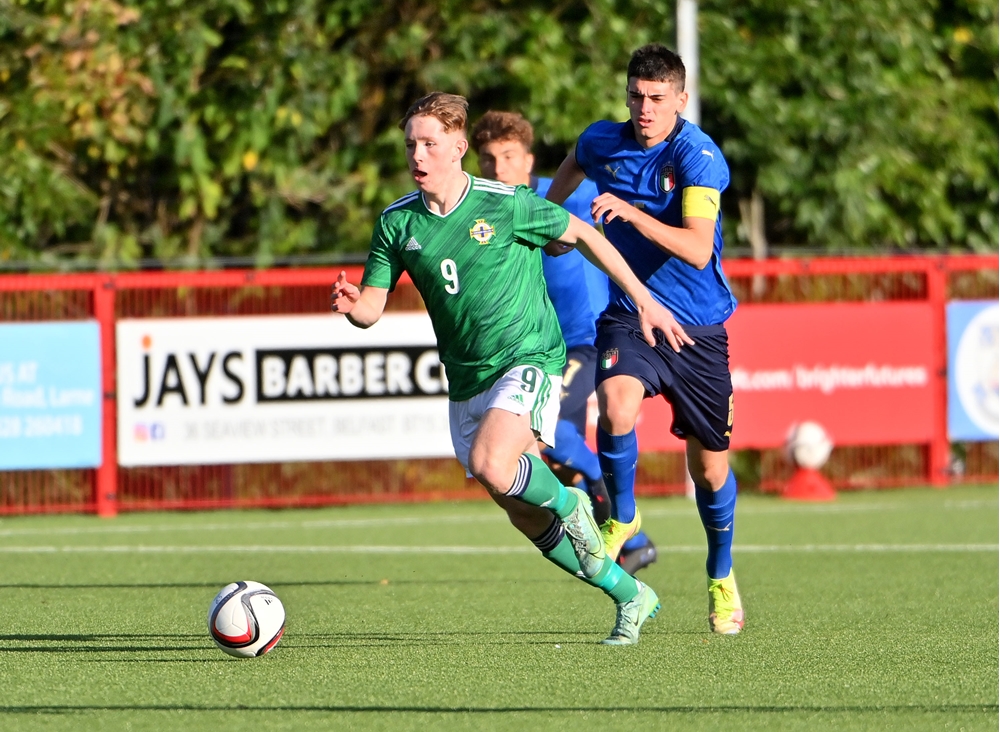 Northern Ireland’s U17s narrowly lost 2-0 to Italy’s U17s in a Euro qualifier in Larne this afternoon.

Pierce Charles was the busiest man on the park, pulling off several good saves, but even the Northern Ireland keeper could not prevent the slick Italians from taking all three points with two second half goals.

The Irish Football Association is hosting all matches in Group 12 of the UEFA Under-17 Euro 2022 preliminary round – and today’s encounter against the Italians was played at Inver Park in front of 300 spectators.

Northern Ireland, who lost narrowly to Scotland in their opening group match, were always going to be up against it when facing the top seeds in the group, so it was no great surprise when the Italians poured forward from the start.

Charles made a decent save after five minutes from Italy winger Kevin Bruno.

The first chance for Gerard Lyttle’s U17s side came when Reece Jordan fired in a decent effort, however Italy keeper Paolo Raimondi was equal to it.

Italy attacker Valentin Carboni forced a great save from Charles and then hit the post after his shot deflected off a Northern Ireland defender.

Midfielder Fabio Parravicini dragged a shot wide, while striker Alessandro Bolsan shot over the top - and he then missed an even better chance when he scooped an effort over the bar from six yards.

As half-time approached Italy captain Luca Lipani unleashed a piledriver which Charles tipped on to the crossbar. It was a marvellous save.

Sam Glenfield and Omari Kellyman worked hard in Northern Ireland’s front line, however they were living off scraps for much of the first half.

Kellyman had a great run towards goal on 43 minutes but eventually ran into an Italian brick wall.

A swift counter attack from the Italians ended with Charles producing another great save from a low Carboni drive.

Italy took the lead just after the restart when the Northern Ireland defence stood off Carboni and he slotted a shot into the bottom corner from 16 yards.

Lipani drove a shot wide as Italy, showing plenty of silky skills, continued to enjoy the bulk of the possession and Northern Ireland’s defence kept them out. Captain Ruairi McConville and Darragh McCloskey were particularly impressive closing the door on them.

On 62 minutes a misjudged header from an Italian defender fell to Kellyman at the back post but he lofted the ball onto the top of the net from close range.

Charles plucked the ball out of the air as Carboni did a couple of step-overs and fired in an effort.

On 82 minutes Italian substitute Vincenzo Onofrietti shot wide from just outside the area when teed up from a free-kick. And another Italian sub, Alessio Vacca, shot straight at Charles shortly after that.

In the 86th minute Italian midfielder Luca Di Maggio, who had been lively throughout the game, smashed a shot in from an angle which was pushed away by Charles.

Right at the death the Italians grabbed their second. Charles parried a Vacca shot but the rebound was slotted in by another substitute, Giacomo Marconi.

The final matches in the group are on Tuesday (2 November), with both games starting at 3pm. Northern Ireland are due to play Albania at The Oval in Belfast and Scotland and Italy are scheduled to meet at Shamrock Park in Portadown to see which one of them will win the group. 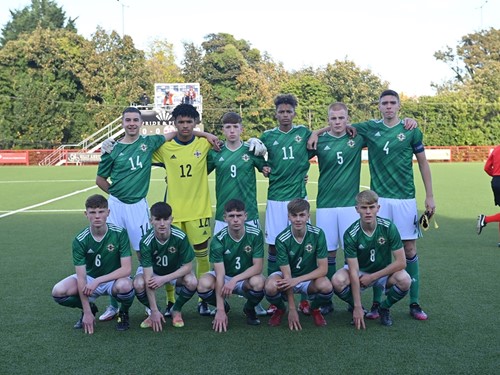 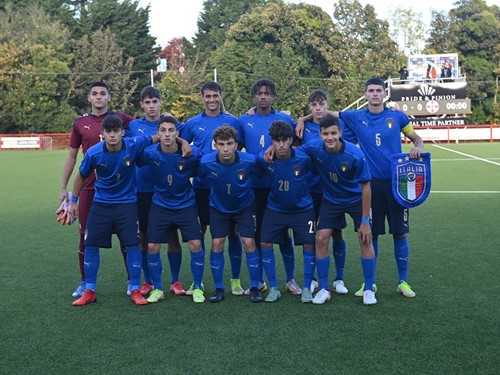 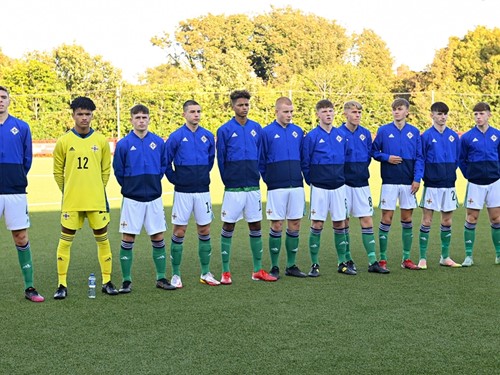 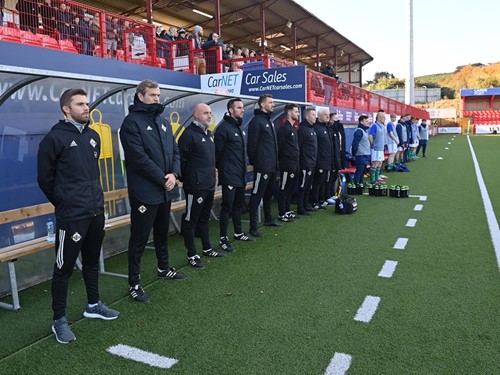 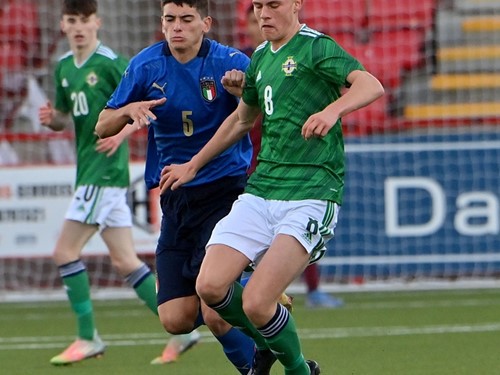 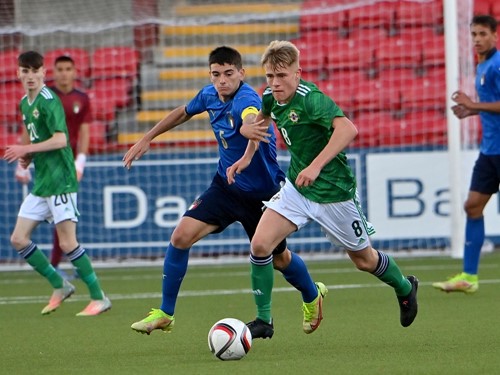 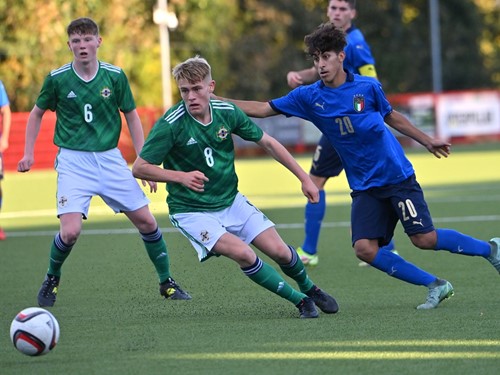 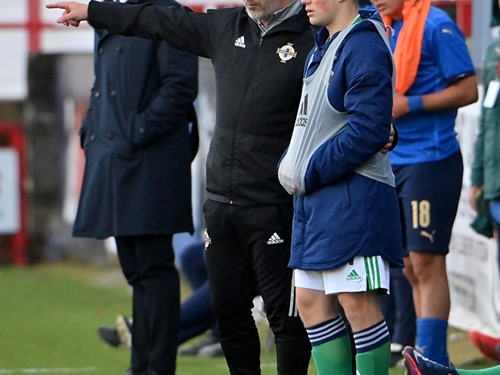 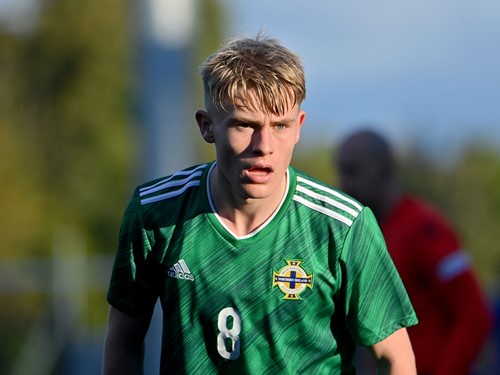 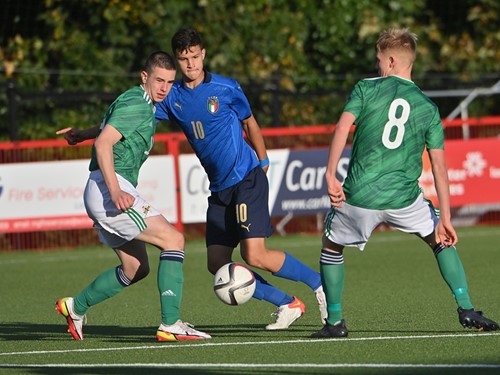 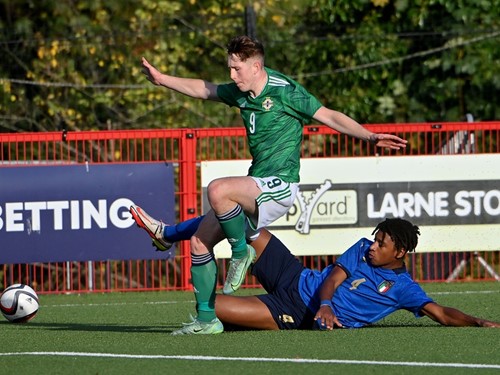 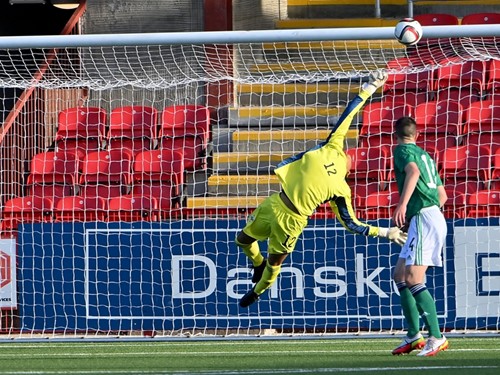 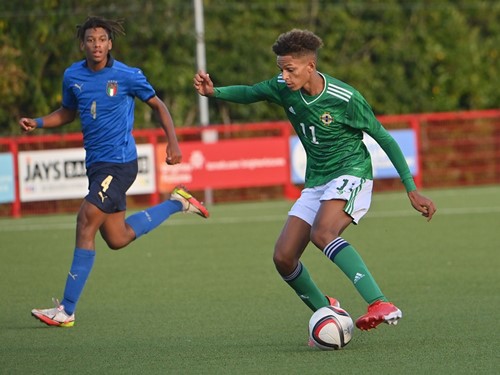 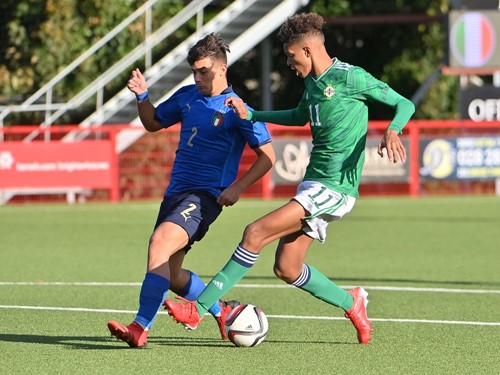 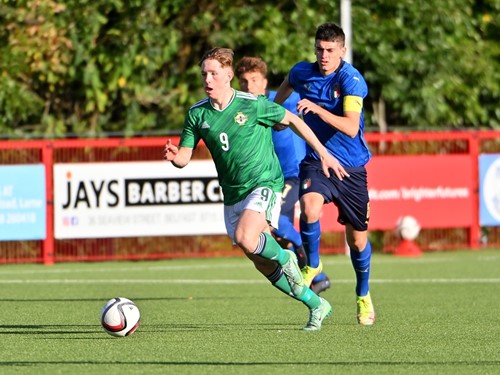 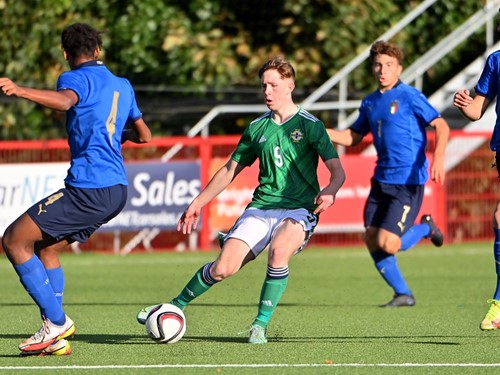 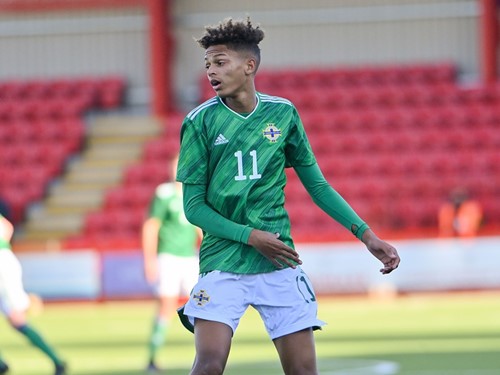 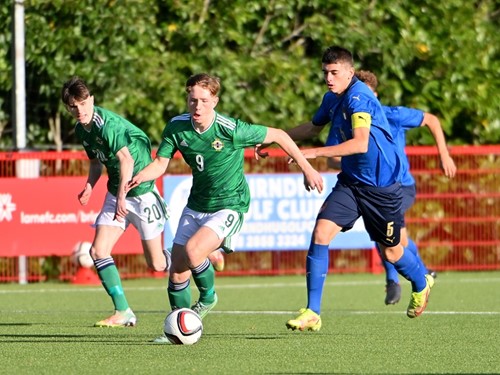