Baraclough believes Northern Ireland can bounce back against Bulgaria 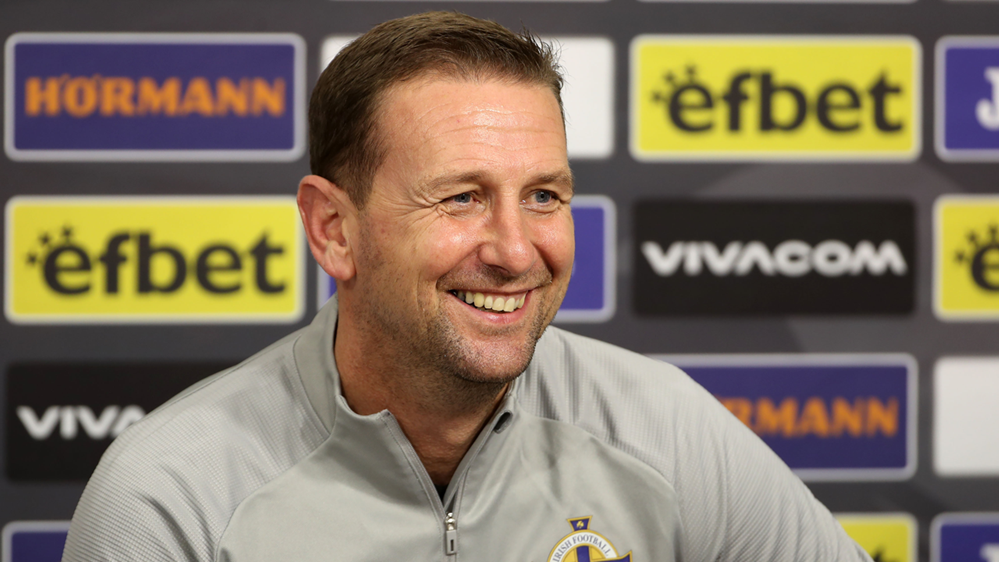 Both Northern Ireland and Bulgaria will be keen to get back in the groove after suffering defeats in their respective FIFA World Cup Qatar 2022 qualifiers at the weekend.

Following a 2-0 defeat to Switzerland, Ian Baraclough’s team have only a very slim chance of making a play-off for a place at the next World Cup. They would need to win their three remaining European Qualifying Group C matches and hope other results go their way to make it happen.

And the Bulgarians are completely out of contention after a surprise 3-1 defeat away to Lithuania in Vilnius.

The Northern Ireland manager has promised his side will do all they can to win those three games, starting with three points against the Bulgarians in the Vasil Levski National Stadium in Sofia tonight (7.45 start UK time).

He expects the Bulgarians, who have used the current campaign to introduce several younger players to their ranks, to have a strong and resolute defence that will be hard to break down.

He also noted in media interviews yesterday that Yasen Petrov’s team are dangerous from set plays and like to counter-attack.

Baraclough said his own players were naturally disappointed after losing to Switzerland on Saturday, and annoyed by the red card controversy which saw them play nearly 60 minutes with 10 men, but the quick turnaround between matches means they have to bounce back quickly – and he believes they can do that.

He also said his team will be looking to win the game in Sofia and their remaining Group C fixtures against Lithuania and Italy at home next month.

He said collecting as many points as possible was vital in terms of securing ranking points, which in turn could lead to a more favourable draw for Euro 2024, the next major tournament after the World Cup next year, and other competitions going forward.

Ryan McLaughlin has returned to Morecambe for treatment on an injury, Jonny Evans has been unable to meet up with the group due to his ongoing foot problem and Jamal Lewis is suspended, but apart from that Northern Ireland look set to have a clean bill of health for the game.

Baraclough’s boys created numerous chances when the sides drew 0-0 in Belfast back in March and the manager would like to see more of the same, with his players being more clinical.

He is expecting more pressure from Bulgaria this time around. He said midfielders Todor Nedelev and Kristiyan Malinov could do damage if they were given the time and space to do so.

Also dangerous is winger/forward Kiril Despodov, who scored their only goal against the Lithuanians on Saturday.

The Northern Ireland boss is likely to deploy his favoured 3-5-2 formation against the Bulgarians.

Steven Davis, who is due to win his 130th cap for his country tonight, will once again don the captain’s armband after handing it to Paddy McNair for the Switzerland game as he won cap number 50.

Following the defeat to Lithuania the Bulgarian public have voted with their feet - there’s also a presidential election in the eastern European country today - and there will only be around 4000 fans in a stadium that normally holds ten times that number.

So at least the boys in green and white will not have to contend with the hostile atmosphere that is normally generated by a full house at the Vasil Levski National Stadium.