Northern Ireland’s Women’s Under-19s were defeated 3-1 by Switzerland in their opening Women’s U19 Euro 2022 qualifier this afternoon.

Although Switzerland had the bulk of the possession and chances in the match, Alfie Wylie’s side produced a resilient performance.

Republic of Ireland is hosting the Group A5 four-team mini tournament in Limerick – the group also features England – and Northern Ireland got off to the perfect start at Jackman Park in the historic city.

They took the lead in the game through a Cora Chambers strike, however the Swiss, the top seeds in the group, proved too strong for them in the end.

And Switzerland strikers Aurelie Csillag and Alayah Pilgrim both steered efforts wide of goal before Northern Ireland went ahead on 14 minutes.

Wyss conceded a free-kick for a foul on Cara Mervyn and Ella Haughey stepped up to take it. Her delivery found team captain Fi Morgan at the back post and she headed the ball down to Chambers who slid it home.

Csillag missed a couple of opportunities for the Swiss and Crooks kept out a shot from defender Simea Hefti before they equalised in the 32nd minute through winger Serena Li Puma.

Pilgrim dragged an effort wide and midfielder Alena Bienz had a shot blocked as Switzerland continued to apply pressure as half-time approached.

At the start of the second half Crooks thwarted Bienz again before Swiss defender Caterina Regazzoni scooped a shot wide. Then Li Puma missed a good chance and Ella Touon could only steer her effort past the post before Regazzoni was off target once again.

Switzerland grabbed their second on 70 minutes. A Bienz corner was met by substitute Luisa Sury who nodded it to Csillag and she applied the finishing touch.

Northern Ireland almost levelled minutes later. Haughey fired in a great ball which Eve Reilly missed by inches as Switzerland keeper Isabel Rutishauser swooped, and then the keeper did well to keep out a Morgan volley. 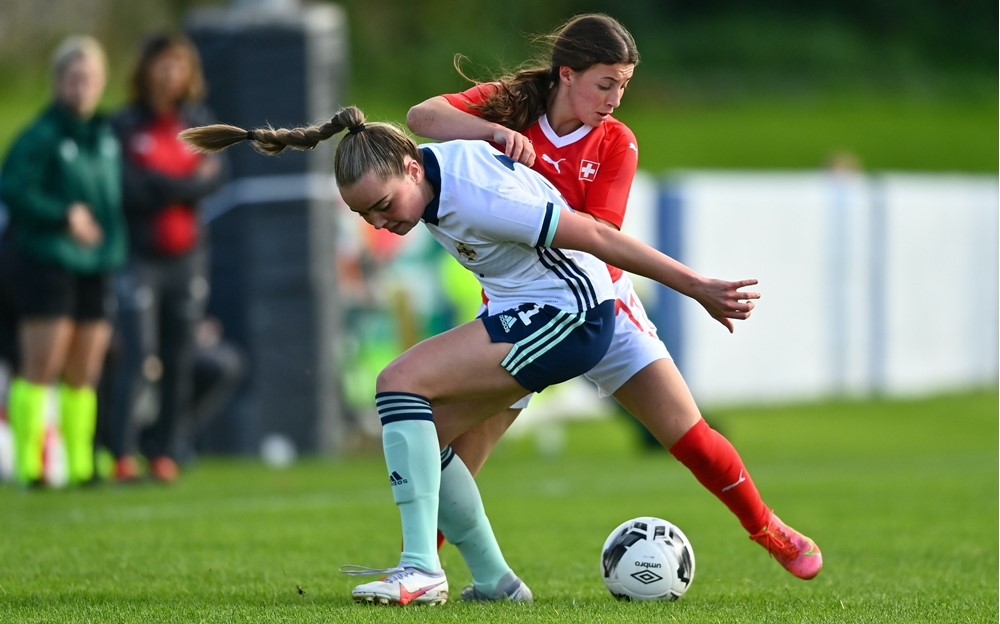 Swiss striker Pilgrim had a shot blocked before forcing Crooks into another fine stop.

Li Puma grabbed her second of the game, and Switzerland’s third, on 83 minutes with a neat finish.

In the closing stages Bienz hit the woodwork for Monica Di Fonzo’s side and Crooks made yet another save.

Afterwards Wylie praised his side’s performance. He said: “They fought and battled very hard. They put in a lot of effort and I felt the final scoreline was a bit harsh on them.

"They showed great character against the top seeds in the group. We were under pressure at times, however our defence was solid. It was quite even in the first half in particular, and we did well on the break. They caught us on the hop with their second goal, as it came just after we were forced to make substitutions, but overall it was a very spirited display."

Next up for the WU19s is a match against second seeds England on Saturday (23 October). Jackman Park is again the venue (2pm start).

And their third and final game is next Tuesday (26 October) at Market’s Field in Limerick against the tournament hosts (1pm start). 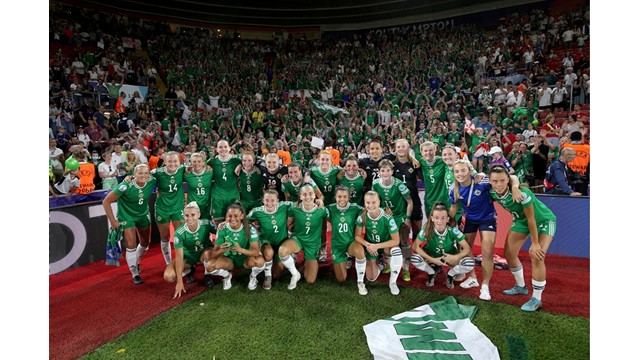