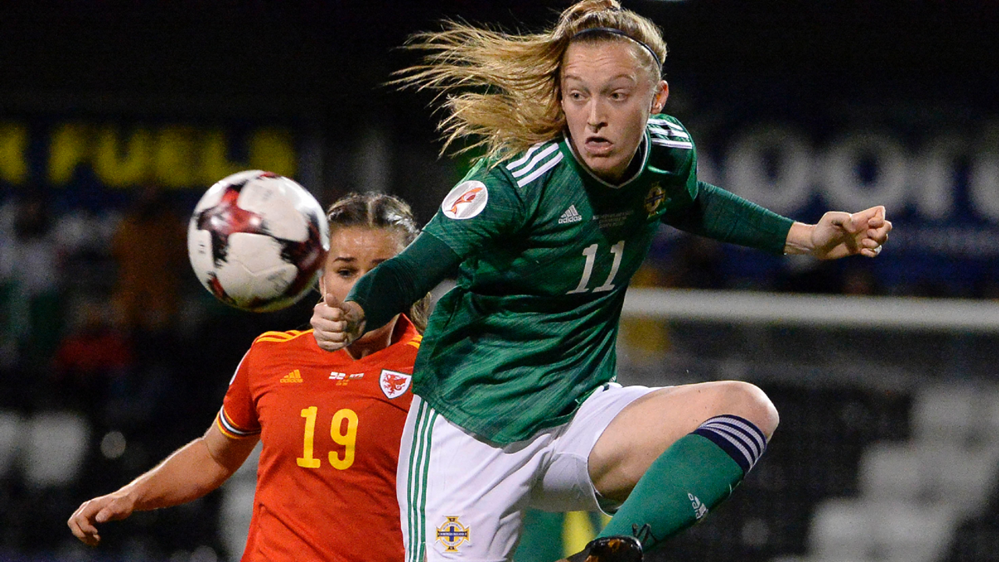 Two of Wade’s goals came in the space of a minute as the Glens took control at The Oval after fellow international Caragh Hamilton opened the scoring for the east Belfast side.

The title party continued when Hamilton added another while Northern Ireland star Nadene Caldwell also fired home. Wade popped up with two more and NI teenager Danielle Maxwell got in on the act with the eighth goal of the night.

Caroline Gallagher pulled one back for the Candystripes before Cora Moran netted goal number nine for the champions.

Elsewhere on the closing night of the league season Cliftonville also rounded off their campaign in style as they hit Sion Swifts for six in an entertaining 6-2 win at Solitude.

Several Northern Ireland players were also on target for Cliftonville as they defeated Sion Swifts 6-2. Senior international Kirsty McGuinness and U19s star Fi Morgan both bagged braces for the Reds after Louise McDaniel opened the scoring, with Caitlin McGuinness also finding the net.

Linfield Ladies finished the campaign with a 2-1 victory over Crusaders Strikers at New Midgely Park.

The Blues raced into an early two-goal lead thanks to a Rebecca Bassett strike and Victoria Carleton penalty before Danielle McDowell pulled a goal back for the Crues eight minutes into the second session.