Northern Ireland senior women’s team manager Kenny Shiels has made a couple of changes to his squad for this month’s FIFA Women’s World Cup 2023 qualifiers against England and Austria.

Everton Women striker Simone Magill returns to the fold after being absent for the impressive victories against Luxembourg and Latvia in September due to injury.

And midfielder Joely Andrews is also back after impressing during Glentoran Women’s title run-in. She was not included in the panel last month.

England and Austria, the first and second seeds in European Qualifying Group D respectively, will be an altogether different proposition than last month’s opponents.

The Northern Ireland senior women’s team are set to play at Wembley Stadium for the first time on Saturday 23 October. The game against England kicks off in London at 5.15pm.

And then it’s back home for a qualifier against Austria on Tuesday 26 October (7pm start).

England, currently ranked 8th in the world, began their FIFA Women’s World Cup 2023 qualification campaign with emphatic wins over North Macedonia at home (8-0) and Luxembourg away (10-0) in September.

Austria, who are 21st in the latest FIFA Coca-Cola global rankings, defeated Latvia 8-1 away and North Macedonia 6-0 at home. 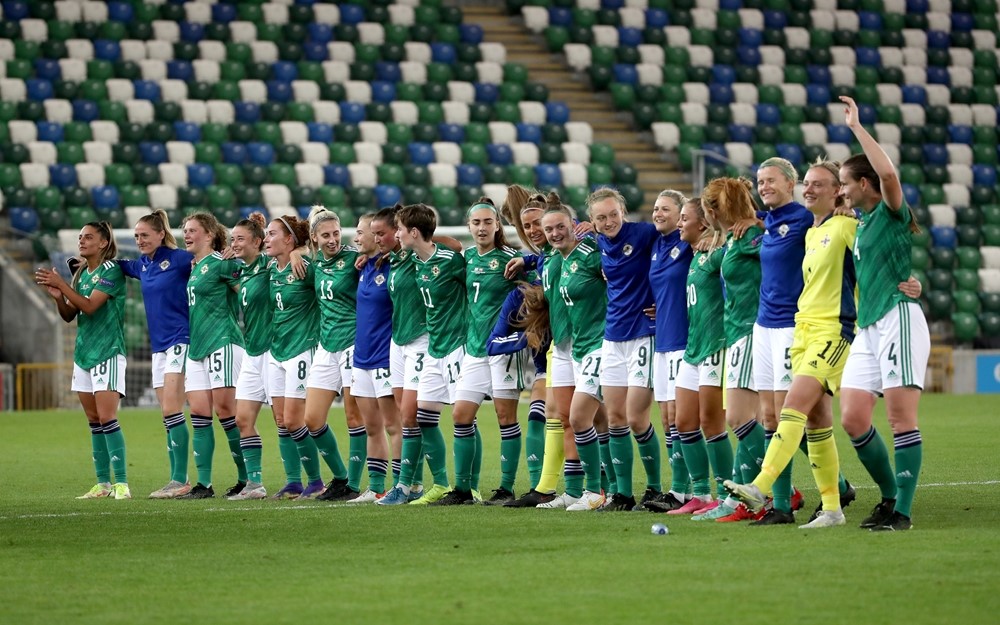 Northern Ireland began their quest for a place at the Women’s World Cup in 2023 – it is being hosted by Australia and New Zealand – with a 4-0 win over Luxembourg in Larne followed by a 4-0 victory over Latvia in Belfast last month.

Shiels has gone with his usual blend of youth and experience in his 23-strong panel for this month’s tough assignments.

And all seven will be aiming to help their club secure a treble when they take on Crusaders Strikers in the Electric Ireland-sponsored Irish FA Women’s Challenge Cup Final at the National Football Stadium at Windsor Park tomorrow (15 October, 7.45pm kick-off).

Meanwhile, the Football Association has agreed to release more tickets to Northern Ireland fans for the game against England at Wembley next week. They are available at https://am.ticketmaster.com/irishfa/buy.

And ticketing information for the home match against Austria will be available soon.

After the two qualifiers this month Shiels will prepare his side - they are currently ranked 48th in the world - for home and away fixtures against North Macedonia. The away game is first on Thursday 25 November, while the home fixture against a team ranked at number 131 on the planet is on Tuesday 30 November.

The Northern Ireland Women squad for the World Cup qualifiers against England and Austria can be seen below. 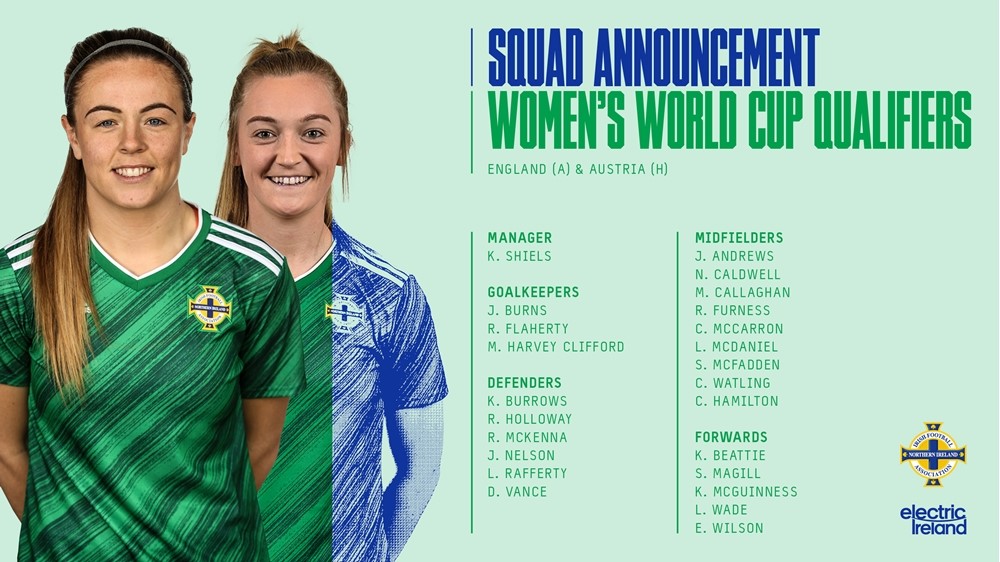