A backs to the wall performance saw them keep the top seeds in European Qualifying Group D at bay for more than an hour.

But a hat-trick from substitute Beth Mead and a goal from another substitute, Bethany England, gave the hosts a deserved 4-0 win.

Northern Ireland showed plenty of heart, courage and commitment throughout, however England’s superior fitness and power told in the end. 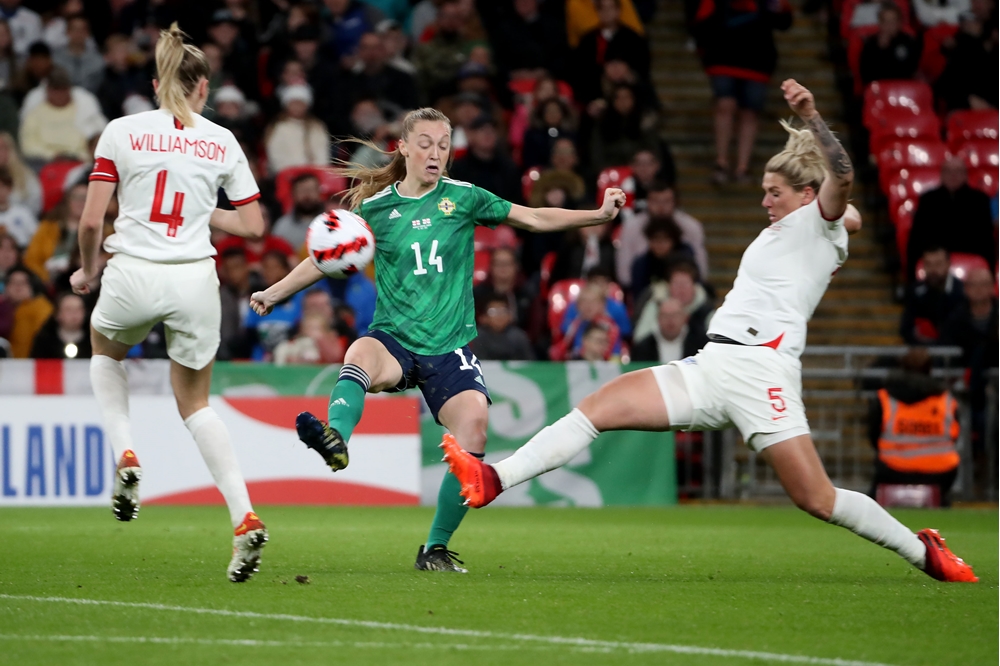 There was a lung-busting run towards goal from Rachel Furness. She eventually fed the ball to Demi Vance but she couldn’t get a cross in.

Rebecca McKenna won a tussle with Lauren Hemp, while both England striker Ellen White and captain Leah Williamson had attempts blocked during the opening period.

On 14 minutes Kenny Shiels’ side had a let-off when Hemp darted into the box and unleashed a powerful shot which crashed off the underside of the bar.

A McFadden clearance fell invitingly to Williamson inside the area, however she fired the ball over the bar. Ella Toone tried a shot from distance which was easily gathered by Burns.

Burrows snuffed out a Rachel Daly raid. Moments later Burns produced a great double save, firstly to keep out a header from Williamson and then to palm the ball away as White was set to pounce.

A clever glancing header from Williamson drifted inches wide of the far post as England’s wave of attacks continued. 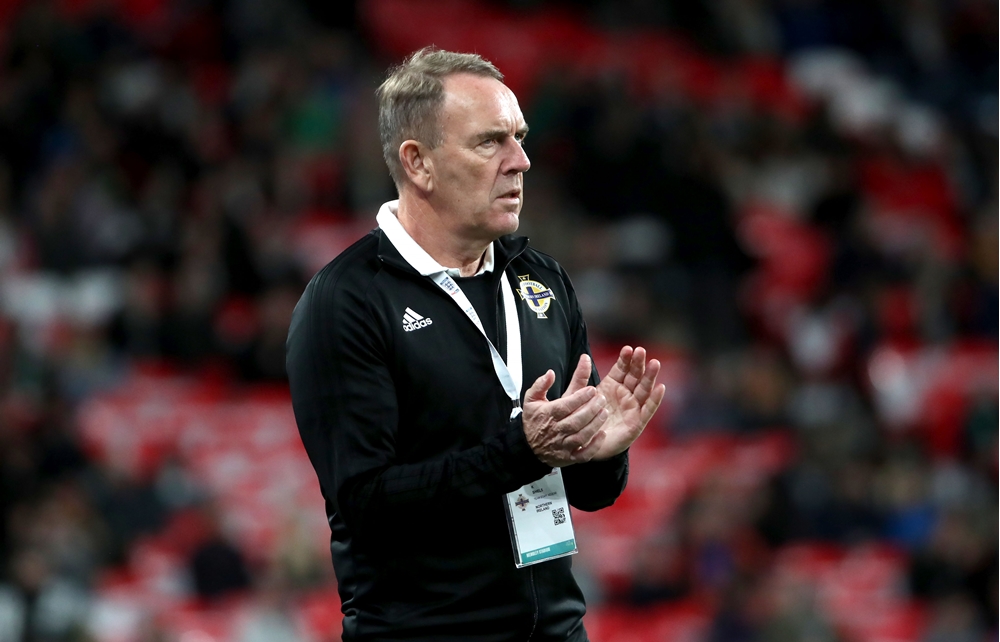 Just after the half-hour mark Alex Greenwood let fly from distance and her shot came crashing back off the bar. It was another let-off.

Millie Bright scooped a shot over the top and White headed wide as the pressure mounted.

Burns, who had to receive treatment on a thigh injury just before the break, made another save in added time, this time thwarting Fran Kirby.

At the start of the second half Hemp fired a shot wide before Lauren Wade made an excellent run down the left wing and fired a low cross into the box which was touched by Greenwood – and that was enough to put off the onrushing Caragh Hamilton. She was inches from making contact with the ball.

A White header was held by Burns and McFadden made another top notch interception as the hosts piled forward.

McFadden, who got a kick on the head as she made yet another clearance, was immense alongside Nelson, McKenna, Burrows and Vance in the back line. And Burns was outstanding between the sticks.

Just after the hour mark Burns made a fantastic save with her feet from a low Hemp strike but moments later England took the lead. Beth Mead, who had just come on as a substitute, produced a lovely finish on 64 minutes with a perfectly executed overhead kick as the ball bobbled around the box. 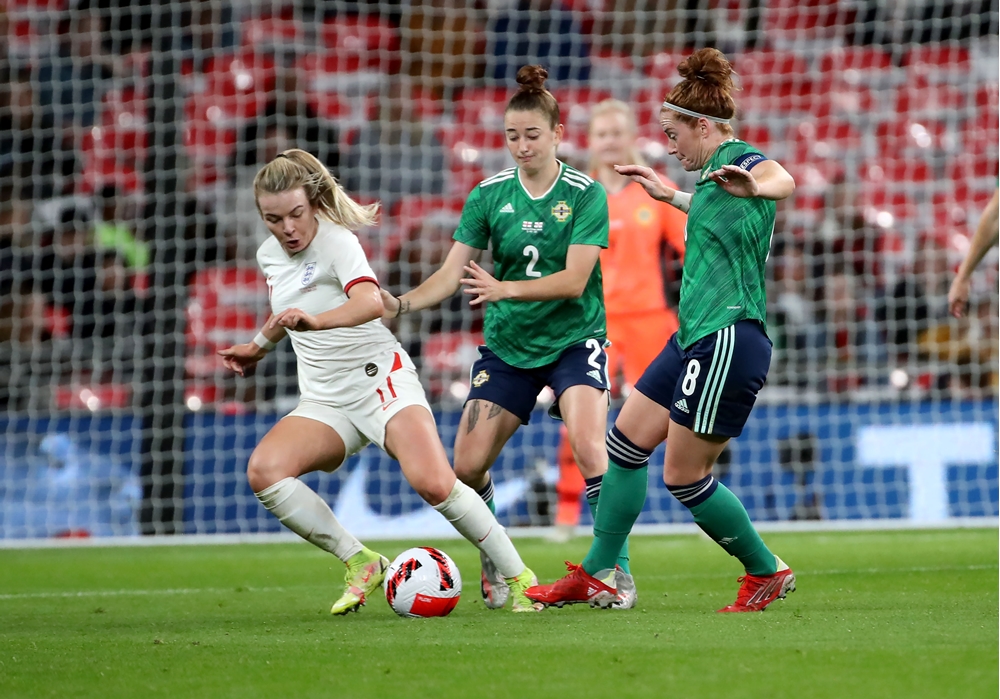 Burns made another fine stop from a Hemp drive before the pacey left winger produced a lovely chip over the keeper which was turned in by substitute England on the line to make it 2-0.

Mead got her second three minutes later – in the 75th minute - with an emphatic finish at the back post and she completed her hat-trick when she ran on to a Burns clearance and hammered the ball home.

It was a brave display from Northern Ireland but England showed in the final third of the match why they are one of the best teams in Europe.