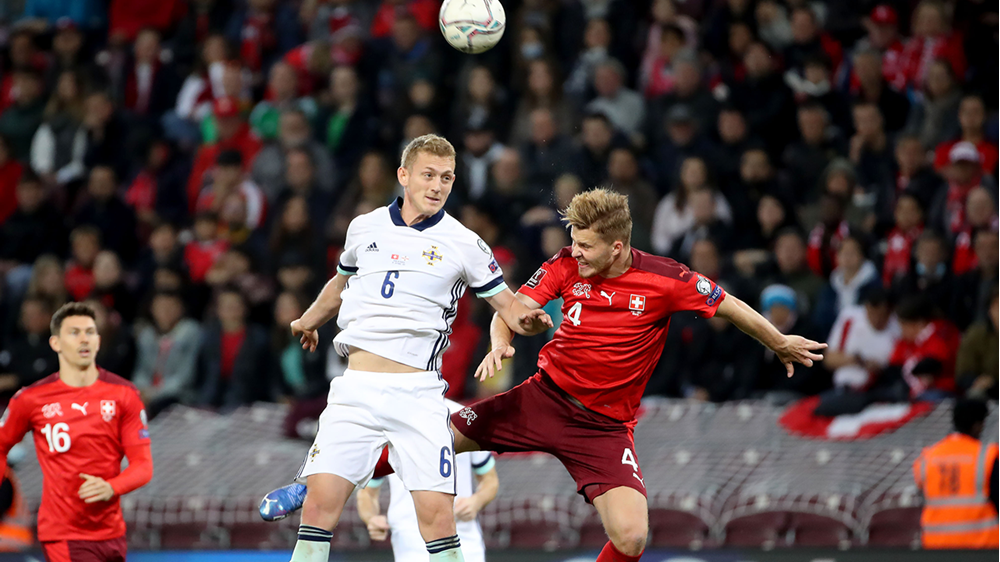 Ian Baraclough’s team produced a dogged and gritty performance as they repelled a Swiss onslaught for most of the game.

But Switzerland scored at the end of each half - through Steven Zuber and Christian Fassnacht - to secure the victory in the Stade de Geneve.

The result means Baraclough’s boys now have a huge mountain to climb if they are to reach next year’s World Cup finals.

Switzerland now have 11 points in European Qualifying Group C with three games remaining, while Northern Ireland have just five points from five with three games to go. Italy top the group on 14 points and have two matches left to play.

Northern Ireland could still qualify for a World Cup play-off slot if results go their way, but they will need a lot of luck, and they certainly did not have much of that in Geneva.

Switzerland thought they had opened the scoring after just four minutes when Denis Zakaria’s superb long range drive flew into the bottom corner of the net, however it was ruled out after a VAR check. Kevin Mbabu was adjudged to have been in an offside position in the move which led to Zakaria’s hit.

Minutes later Northern Ireland striker Conor Washington fashioned a one-on-one with Swiss goalkeeper Yann Sommer who stood up to his shot and the ball was cleared.

Jamal Lewis produced an excellent block to snuff out a dangerous Swiss raid - he nipped in front of Renato Steffen as he was about to let fly - before Bailey Peacock-Farrell stood tall as Swiss captain Xerdan Shaqiri broke free down the right, and the Northern Ireland stopper blocked his close range shot.

Both Steven Zuber and Ricardo Rodriquez fired wildly over the top for the Swiss. Ciaron Brown and George Saville produced excellent blocks as the home side swept forward. Shaqiri cut in down the right and unleashed a rasping left foot strike which went inches over the bar.

Paddy McNair, who was wearing the captain’s armband for the first time as he won his 50th cap for his country, flung himself at a Shaqiri delivery from a corner to clear the danger as the Swiss continued to stretch the visitors’ midfield and defence.

In the 37th minute Jamal Lewis, who had been booked earlier in the half for dragging back Breel Embolo, was controversially sent off by Slovakian referee Slavko Vincic. The ref produced a second yellow for time wasting as the wing back was attempting to take a throw-in.

As half-time approached Peacock-Farrell was equal to a Steven Zuber drive, while Craig Cathcart stepped in to clear a dangerous cross into the box. 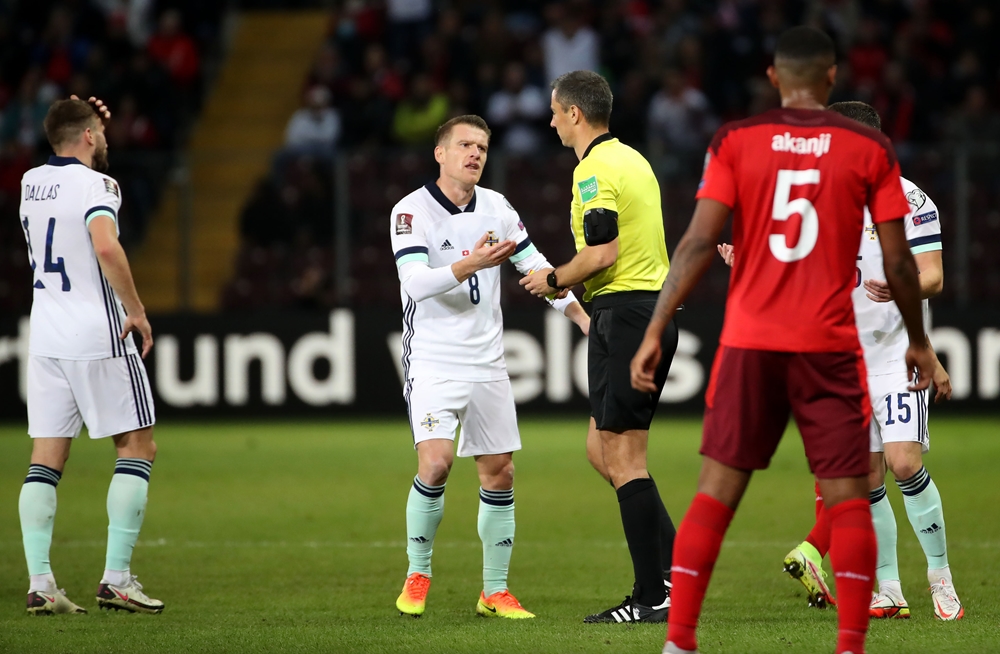 Switzerland opened the scoring deep into added time in the first half. Embolo and Zuber raced forward from the halfway line as a couple of Northern Ireland defenders backpedalled. Embolo got a lucky deflection from an attempted strike and prodded the ball to Zuber who smashed it low past Peacock-Farrell into the corner of the net.

Just after the restart Saville fired in a dangerous cross from the left but it was cleared by the Swiss defence.

Peacock-Farrell produced an excellent save from a point blank Embolo effort, while Ciaron Brown’s fine last ditch tackle prevented Remo Freuler getting a shot away.

As the cow bells chimed in the Geneva air the Swiss launched wave after wave of attacks but the Northern Ireland defence stood firm with block after block.

Mbabu shot wide, Steffen fired an effort over the top and Mbabu headed over as the Swiss attempted to breach the wall of white shirts.

Peacock-Farrell produced another excellent stop from a close range strike by Swiss substitute Fabian Schar before Cathcart blocked a Shaqiri shot and Swiss defender Nico Elvedi scooped a shot over the bar.

Embolo blazed over at the end of a swift Swiss counter-attack and Peacock-Farrell was grateful that a close range attempt from Zuber bounced off the midfielder’s chest as he sneaked in behind the Northern Ireland defence. 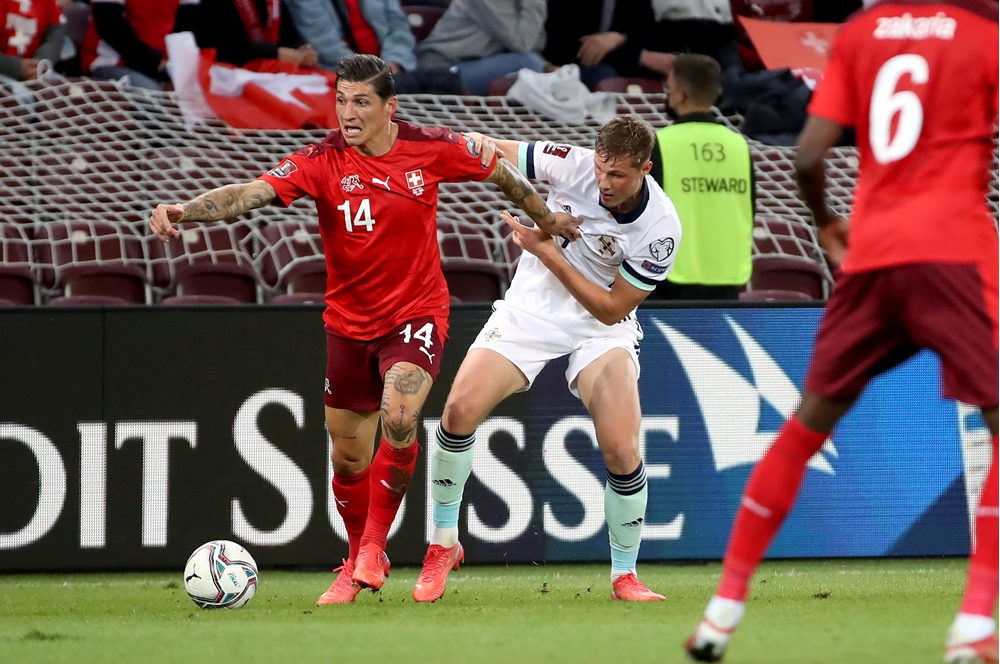 In the closing stages Embolo, who constantly put the Northern Ireland defence under pressure with his pace and power, wriggled free from his marker and smashed another shot over the bar.