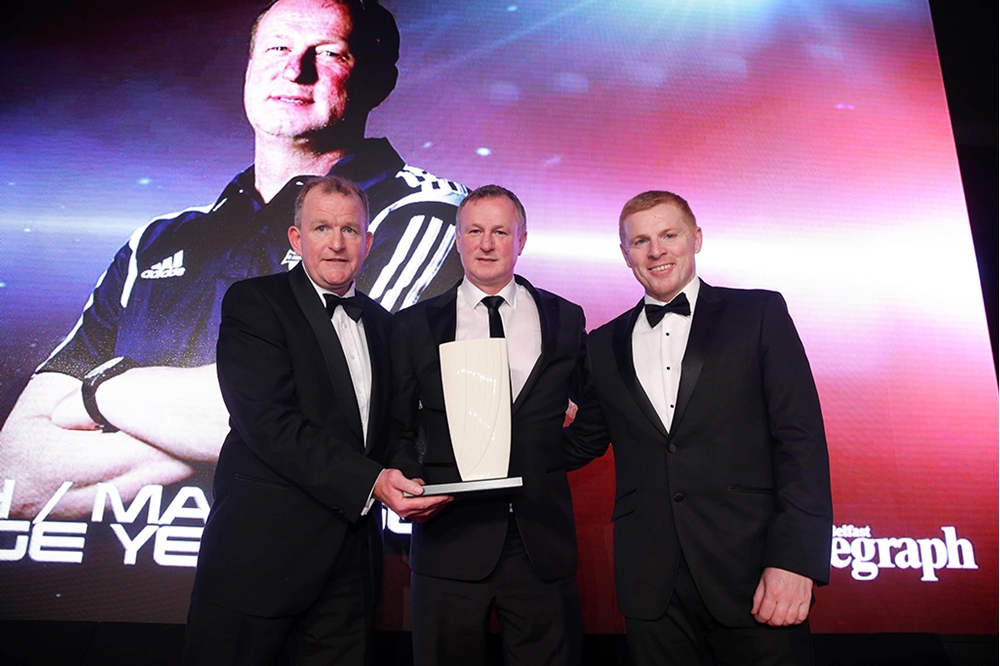 The squad were named Team of the Year, Northern Ireland manager Michael O'Neill was presented with the Coach of the Year prize and there was also an individual honour for team captain Steven Davis, who won the Malcolm Brodie Player of the Year trophy.

Michael O’Neill said he was delighted the team, who created history by becoming the first Northern Ireland side to qualify for the European Championship finals, were receiving recognition for their outstanding success.

Assistant coach Jimmy Nicholl and Michael collected the trophy on behalf of the squad from champion cyclist Martyn Irvine and Patrick Woods of Linwoods.

Steven Davis was unable to attend last night’s awards ceremony as he was receiving treatment on a hamstring injury at his club. The Southampton midfielder’s accolade was collected by his father David.

Martin said he was “really honoured” and “overwhelmed” to be in the company of the sporting greats already in the Hall of Fame.

And Northern Ireland footballers secured another award as the 1982 Northern Ireland v Spain game was voted by the newspaper’s readers as the Belfast Telegraph Greatest Sporting Moment Of All Time. Martin O'Neill, Pat Jennings and Gerry Armstrong were reunited on stage to celebrate.

The Linwoods-sponsored Belfast Telegraph Sports Awards, now in their 21st year, honour the top sports achievers both in the amateur and professional ranks. The awards ceremony reflecting on sporting achievements during 2015 was staged at the Ramada Plaza Hotel in Belfast. 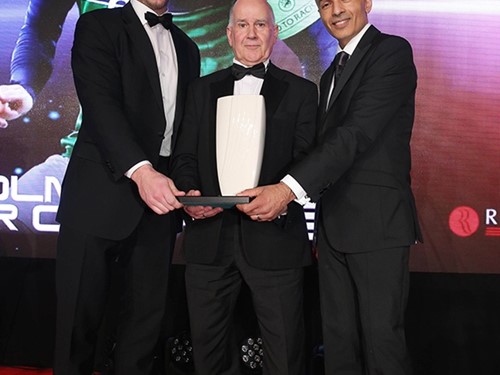 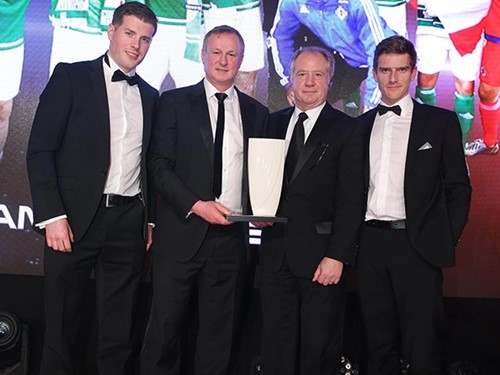 Jimmy Nicholl and Michael O’Neill are presented with the Team of the Year trophy.