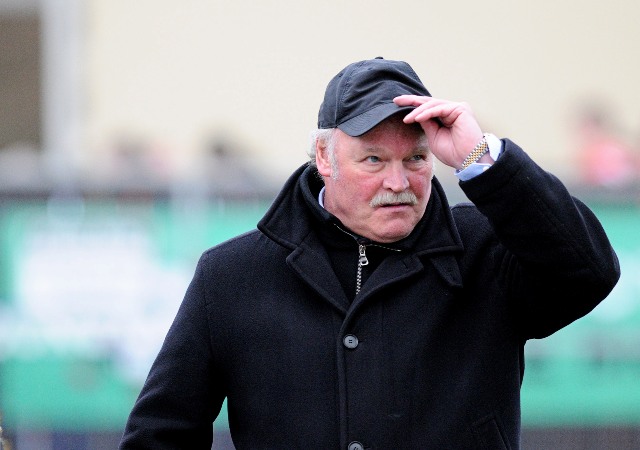 Perhaps the pick of the bunch is the visit of clear leaders and defending champions Crusaders to Shamrock Park to take on Ronnie McFall's Portadown.

The Ports, currently on a run of four successive league defeats, are expected to feature short-term signing Philip Lowry amongst their ranks in an attempt to halt a slide that including a midweek loss to bottom of the table Warrenpoint Town.

Crusaders, on the other hand, go into the game on a high after clawing back a two-goal deficit last week against Glentoran to extend their grip on the summit by a commanding eight points.

At the Ballymena Showgrounds, the Sky Blues and Linfield lock horns for the third time in a fortnight.

A couple of weeks ago, David Healy's Linfield emerged victors after extra-time in the Tennent's Irish Cup but United reversed that just four days later to lift the County Antrim Shield.

Ballymena fought their way to a narrow win over Carrick Rangers during the week to occupy seventh spot in the table while third placed Linfield might include recent loan signing from Swansea City Stephen Fallon in their panel.

Over at Solitude both Cliftonville and Ballinamallard United will be seeking to end an indifferent run of results that has saw neither side win in the league since early December.

The Reds will be keen to collect a much needed three points to begin the process of reigning back leaders Crusaders while the Mallards will be looking over their shoulders as both Carrick Rangers and Warrenpoint Town have begun to edge ever closer in the battle at the bottom.

Boss Whitey Anderson has suffered the loss of the influential Colm McLaughlin for up to six weeks but has moved swiftly to plug that gap with the acquisition of loan signing Jake Dykes who joins until the end of the season.

Staying in Belfast, Glentoran entertain Warrenpoint Town at The Oval with both sides experiencing very different fortunes in recent outings.

Barry Gray's Warrenpoint have recorded excellent back-to-back victories over Coleraine and Portadown to stretch their current unbeaten run to five games while the Glens are without a league point since before Christmas.

But Alan Kernaghan's side have completed the double over Warrenpoint already this season so will be hoping to maintain that run.

After recent drainage work on the pitch Carrick Rangers will be looking to play their first home game since October when they welcome Coleraine to the Belfast Hotel Loughshore Arena.

Gary Haveron's side lost during the week to Ballymena United but prior to that had been unbeaten in their last three league games whilst the Bannsiders suffered a setback with an unexpected three-goal reversal away to Warrenpoint Town.

Oran Kearney's side have won the previous two meetings this season 2-1 and will be seeking to make it a hat-trick of victories.

Goals from Dermot McCaffrey, Matt Hazley and Jamie Douglas helped Dungannon Swifts defeated Glenavon at Stangmore Park in the Mid-Ulster Cup semi-final on Tuesday night - and Rodney McAree will be hoping for more of the same when Gary Hamilton's side return tomorrow.

However, in the league, the Lurgan Blues are a formidable proposition having tasted defeat just once in three months and have emerged victorious in the previous two meetings between the sides this campaign. 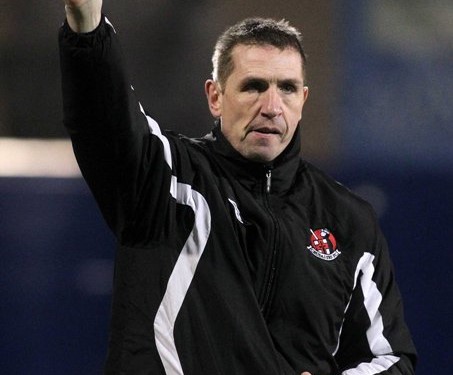