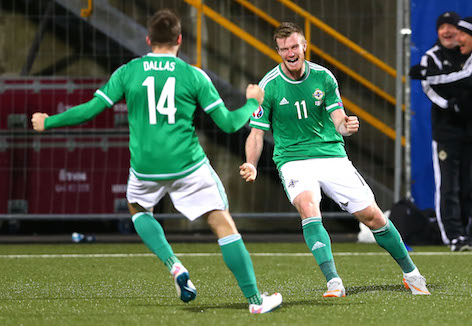 The 31 year-old left-back played only 17 minutes of the tie at Ashton Gate and boss Tony Pulis admits Brunt’s injury is a major concern for him.

“Chris has pulled a calf muscle so that’s not good,” stated the Baggies manager. We’ve had a tough run of games and we’ve picked up injuries, which is disappointing. We don’t yet know how long Chris will be out for, but it’s a real problem for us.”

In other Third Round replays taking place last night, Ben Reeves scored from the penalty spot as Milton Keynes Dons defeated Northampton 3-0 to set up a glamour tie with Premier League champions Chelsea in the fourth round.

Oliver Norwood captained Reading into the next round with a 5-2 win over Huddersfield Town. The Northern Ireland midfielder also provided an assist for the Royals fourth goal.

In League Two under-21 international Shay McCartan scored a brace as Accrington Stanley defeated Hartlepool 3-1 and his overall performance earned high praise from his manager.

“Shay McCartan has been on fire in training for the last month,” admitted Stanley boss John Coleman after the game. “It was hard not to give him a start tonight

“His second goal was as good as you’ll see, he has got that in his locker, he stretches defences with his good close control and speed and he can finish too.

“Shay may need to keep his head up a little bit when he runs with the ball,” he added, “ but I had a chat a with him during the week and told him I’d rather he ran with the ball too much than not enough.” 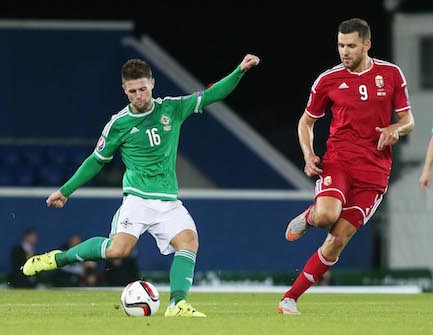