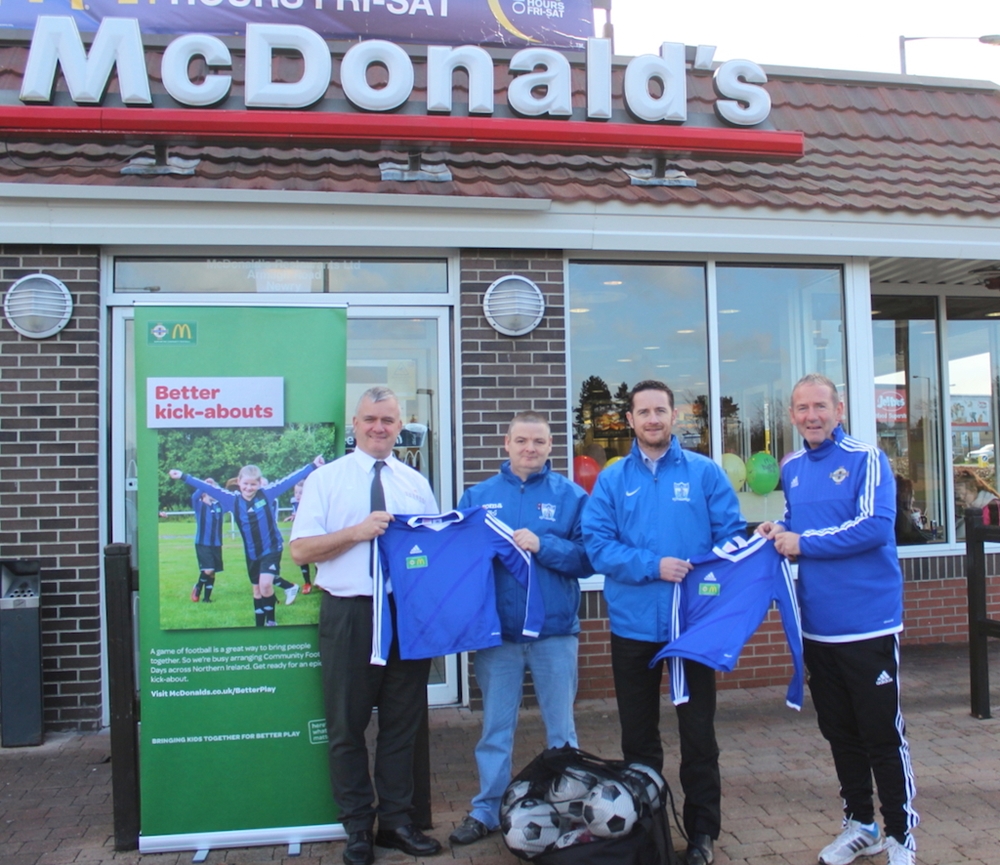 89 clubs across Northern Ireland have been awarded the McDonald’s Irish FA Foundation Club Mark scheme since its launch in 2014. The scheme offers coach education bursaries, free equipment and 12 hours of coach mentoring to grassroots football clubs with mentoring and encouragement also provided to encourage clubs to aim towards the Irish FA’s Excellence Mark.

Newry City both worked closely with an Irish FA Development Officer over six mentoring sessions to learn more about taking their grassroots clubs to the next level. The clubs can now promote to players, parents and volunteers that they have successfully demonstrated outstanding governance, practice and operating standards that will assist the clubs to grow and raise coaching standards.

Grassroots Development Manager, Ian Stewart stated, “Our Grassroots Development Officers have done a fantastic job working with clubs across Northern Ireland to achieve this standard. It is a credit to the clubs and individuals involved that the community can benefit from their hard work and dedication to football in Northern Ireland. I look forward to seeing Newry City being nominated in the future for a Club of the Year Award as part of McDonald’s Irish FA Community Awards.”

Local IFA Regional Grassroots Development Officer for Newry, Mourne and Down Seamus Heath was delighted with the commitment and dedication from all at Newry City and McDonald's Newry. Seamus commented;

“It was a pleasure working with Darren Mullan and his team of coaches as they rebuild Newry City.”

“It was also great to see Newry City U10’s receive equipment which was presented to club member and McDonald's worker Marina Binks.”

If your club is interested in the McDonald’s Foundation Club Mark scheme then contact your regional Grassroots Development Officer. 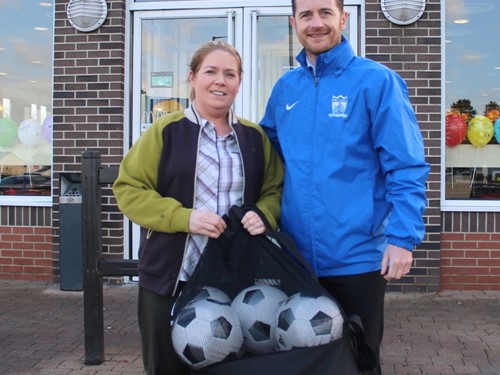 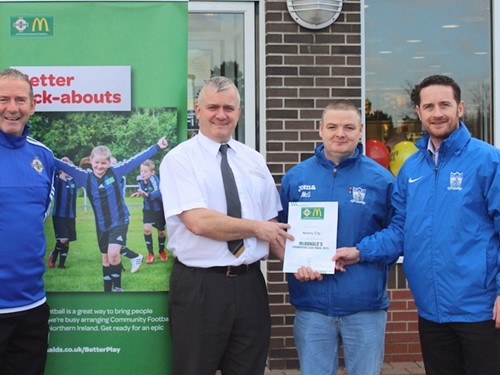