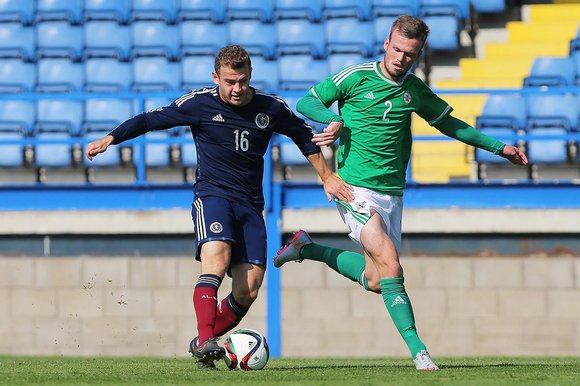 The 19 year-old Burnley right-back has been on loan at Boundary Park since the start of October making nine appearances for the struggling League One outfit.

Lurgan-born Dummigan will be joined by his Turf Moor team-mate Daniel Lafferty who has returned to Oldham on a one month emergency loan. His first loan spell with Athletic was cut short after just five games back in November after suffering a shoulder injury.

Meanwhile, striker Mikhail Kennedy opened the scoring for Charlton Athletic Under-21’s last night who recorded a 2-1 victory over south London neighbours Brentford in the last sixteen of the Premier Under-21 Cup.

The 19 year-old, who earlier this season scored three minutes into his first team debut for the Addicks, has now bagged two in two games for Charlton’s second string and looks to be on the verge of first team football again at the Valley.

Spurs right-back Christopher Paul, who has turned out for Stephen Craigan’s under-19 side this term, is currently on trial at Birmingham City and played in a 4-3 defeat for their under-21 side in a friendly with Oxford United on Wednesday.