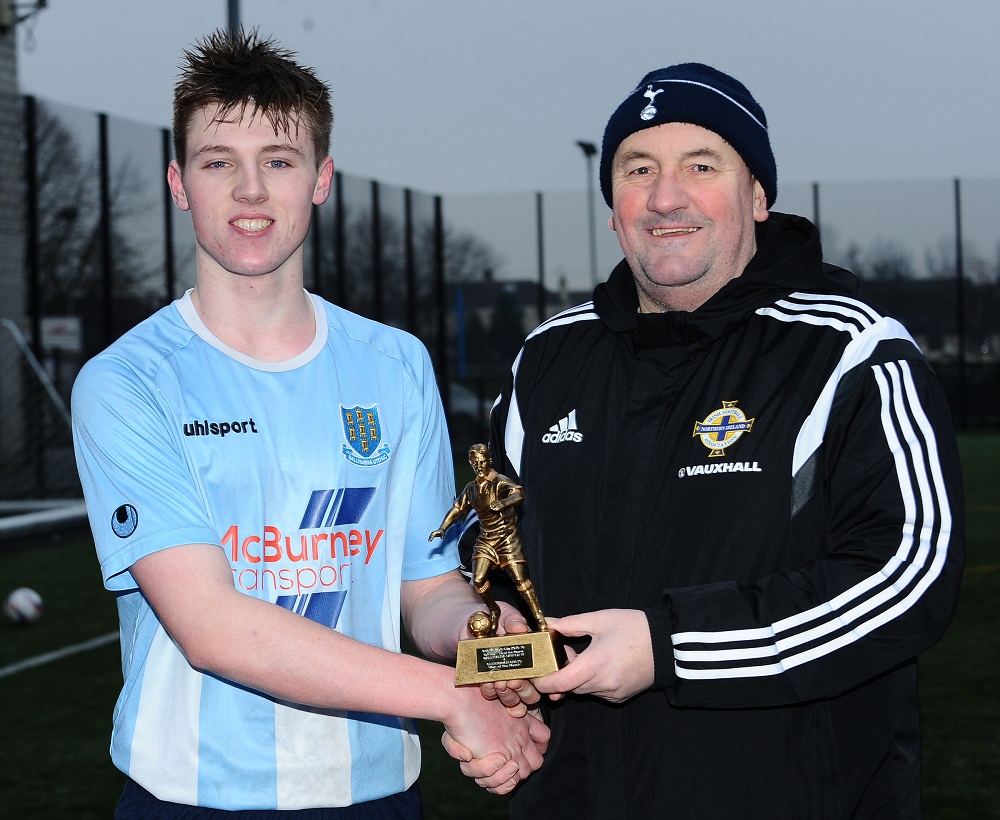 The game started at a rapid pace and both sides battled well as they adjusted to the sub zero temperatures.

Glentoran seemed to be the more productive of the sides and got their just rewards when, after 18 minutes, Eddie Shaw put the visitors ahead with a 25-yard left-foot strike into the top corner.

Both sides had chances and only for the outstanding work from both 'keepers the game should have had more goals in the first half.

The "Wee Glens" had more of the first half possession but the final touch eluded them.

After a short half time break both sides battled hard but it was the home side who took the game to Glentoran and looked like a better organised side in the second half.

It took ten minutes for them to draw level when a goalmouth scramble saw the ball find it's way to the far post for Josh Corry to rise well to head home.

Ballymena had definitely lifted their game and possession saw them take the lead on 65 mins in an almost carbon copy of the Corry's goal when Dave Woods directed his header from the near post across the front of the goalmouth and into an open net.

Glentoran started to come back and had a shot well saved by Callum McCabe in the home goal but the Sky Blues found another gear and on 85 minutes extended their lead when 'Man of the Match' Corry again used his head to guide the ball past 'keeper Oliver Webber following a goalmouth scramble.

Then, just when the referee was looking at his watch for full time up popped Ballymena's Jake McNeill to latch on to a pass from teammate Stewart Dixon to make it 4-1 a minute into stoppage time. 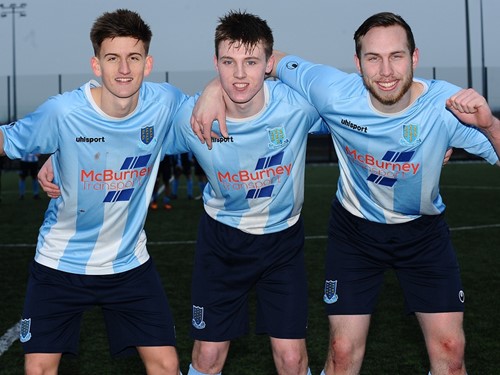 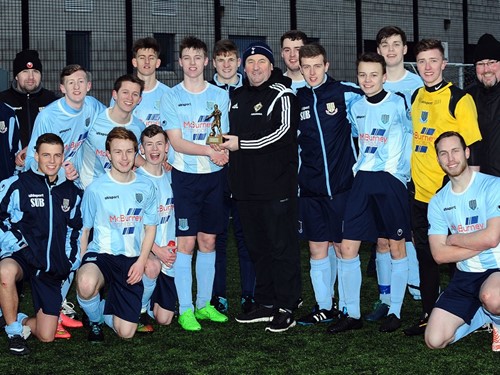 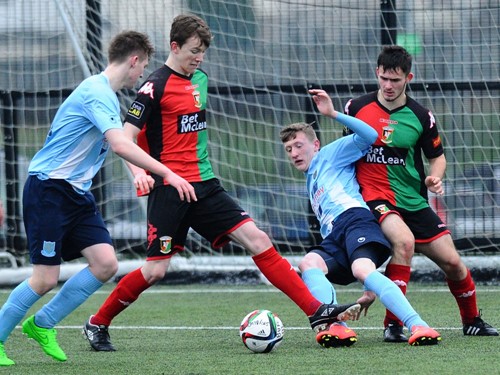 Goalmouth scramble at The Showgrounds