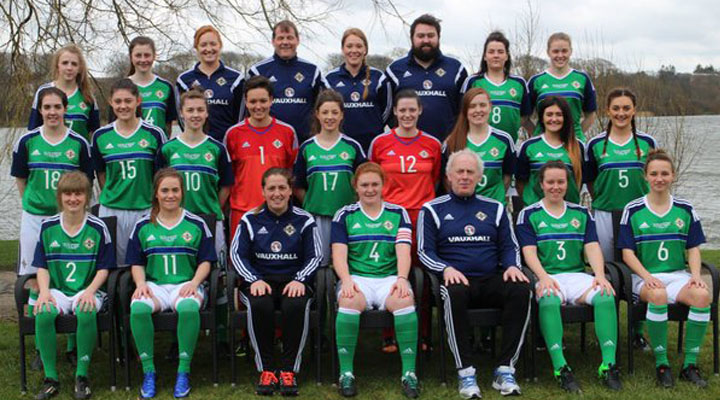 Northern Ireland Women Under 19s suffered a 5-0 defeat to Denmark as they began their Elite Stage of the UEFA Women’s Championship.

Two goals from Freja Abildå and strikes from Büsra Barut, Laura Frank and Tanja Hymøller sealed the win for the host country of Group 4 which also includes Spain and Italy.

Northern Ireland kept Denmark at bay for the majority of the first half and it took a spectacular strike for them to take the lead. Abildå picking up the ball outside the area and curling an effort into the top right hand corner out of the reach of the diving Shannon Turner in the Northern Ireland goal.

It stayed 1-0 but it wouldn’t take long after the break for Denmark to double their lead. After hitting the woodwork moments before, Barut wasn’t going to be denied a second time and scored to make it 2-0 after 48 minutes.

With 12 minutes remaining, Denmark sealed the win as a cross from captain Nicoline Sørensen found Frank in the area to put Denmark 3-0 ahead.

And the fourth would soon follow as substitute Tanja Hymøller scored less than 60 seconds after coming on with a fifth and second goal for Abilda sealing an unassailable 5-0 win. The Under 19’s next face Spain on Thursday at 12pm.