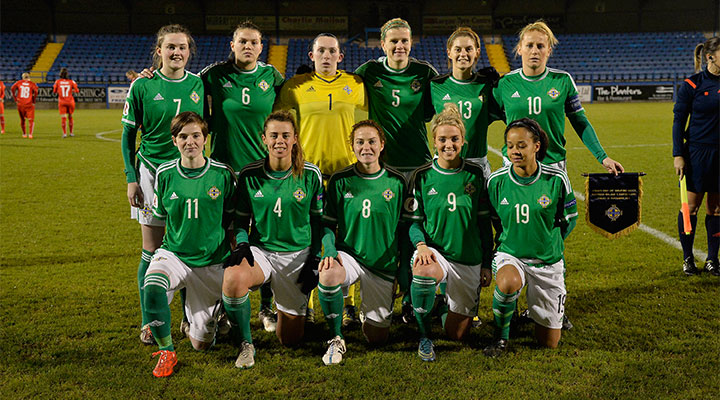 The Cliftonville Ladies star, with 25 caps to her name, is urging the public to get themselves down to Lurgan to urge Alfie Wylie's side on as they resume their campaign against the nation ranked 31st in the world.

"Bring it on, we're up for the challenge! We've got a great squad and we're going forward. We're very positive and we think we'll get a result." she said.

"Come along and support us. We do work so hard off the pitch and we do try our best whenever we're on the pitch as well.

"Just come down and cheer us on. If our fans are behind us it's going to give us the extra drive. It is going to be a tough match and we are going to need that 12th player behind us and that's our fans."

Northern Ireland got their campaign off to a great start back in October with victory over Georgia in Tbilisi before falling to defeat against Switzerland at the end of last year.

However, they warmed up for the next round of qualifiers with a number of excellent performances in the Istria Cup in early March, including victory over tournament hosts Croatia.

Remember, admission is free tomorrow night so why not come along and take a look?

After that, Wylie takes his players off to Reggio Emilia to face the Italy on Tuesday night.