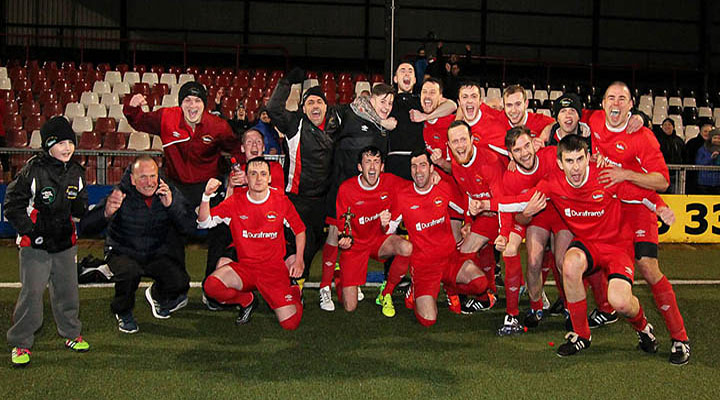 At Seaview, it took a penalty shoot-out to separate St Luke's and Rosemount Rec.

Both sides had a couple of chances in the first-half but neither could convert them.

St Luke's were reduced to ten men on 74 minutes following the dismissal of Paul O'Rourke (second bookable offence) and the ten men almost won it with the last kick of normal time, but substitute Shane McKernan dragged his shot agonisingly wide.

Both sides matched each other penalty for penalty but on a night when neither keeper made a significant save it was Luke Adair who sent the Greyabbey men into the final after St Luke's fired their last penalty over the bar.