Tennent's Irish Cup: Competition reaches sixth round stage – and 16 teams are still up for the cup 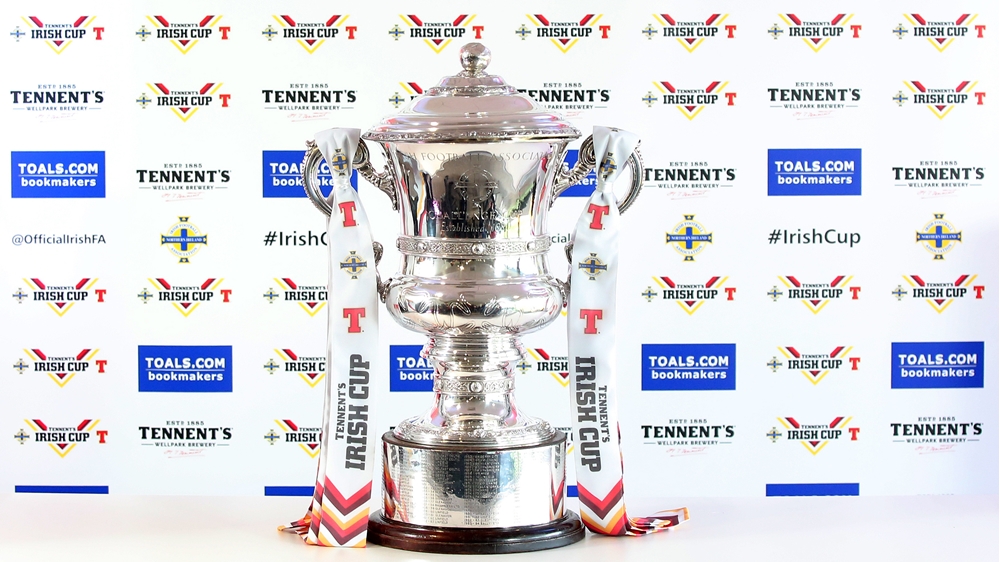 A heavyweight battle and a clash of the minnows will ensure the sixth round of the Tennent’s Irish Cup has plenty of magic.

The highest profile game among the eight ties tomorrow (Saturday 2 February) is the meeting of Danske Premiership leaders Linfield and reigning league champions Crusaders, while those who love to see the little guy doing well will no doubt be attracted to the Larne Tech Old Boys v Strabane Athletic match.

A single goal separated the Blues and the Crues when they met in the league in mid-January - Linfield scored it - and the cup encounter at the National Football Stadium at Windsor Park this weekend is expected to be another tight affair. And then they’ll do it all again next Tuesday in this season’s Co Antrim Shield final.

The Blues-Crues game is not the only all-Premiership clash. There’s an intriguing tie at Mourneview Park in Lurgan where Gary Hamilton’s stuttering Glenavon side will be up against the resurgent Dungannon Swifts, who are managed by Kris Lindsay, the man who started the season as Glenavon’s first team coach before migrating to the Swifts at the end of September.

The fact that Larne Tech OB and Strabane Athletic are facing each other means, of course, that there will be at least one ‘minnow’ in the last eight – and both teams will be fancying their chances of making the quarter-finals.

Larne Tech OB, who operate in Division 1A of the Amateur League, have home advantage and that might just swing their tie at Dennis Harvey Park (1.30pm start) against the team from the Northern Ireland Intermediate League in their favour.

And it will not be the only Tennent’s Irish Cup sixth round match in Larne tomorrow. Championship high flyers Larne will be aiming to book a quarter-final slot when they take on North Belfast side Crumlin Star of the Amateur League Premier Division.

On paper Tennent’s Irish Cup holders Coleraine, who have struggled for consistency this term under new boss Rodney McAree, should ease past Championship outfit Dergview at Coleraine Showgrounds. But Dergview have won their last two league outings and are starting to build some momentum as they try to haul themselves up the table.

Premiership side Warrenpoint Town should have enough to see off Queen’s University at home, although they will be wary of a side who won the Intermediate Cup last season and are currently topping the NIFL Premier Intermediate standings.

Meanwhile, David Jeffrey’s Ballymena United, who have been enjoying a great run at the top of the Premiership of late, are being viewed by some pundits as potential cup winners this season. They are up against Championship side Portadown and should take a further step towards cup glory.

Ballinamallard United had a horrible start to the season in the Championship following their relegation from the top flight last season. However, Harry McConkey has worked his magic and they have been registering some impressive results in the past few months. They face Carrick Rangers in Fermanagh and the tie is too close to call. Both teams currently sit in the top half of the Championship and will be doing all in their power to progress to the last eight.