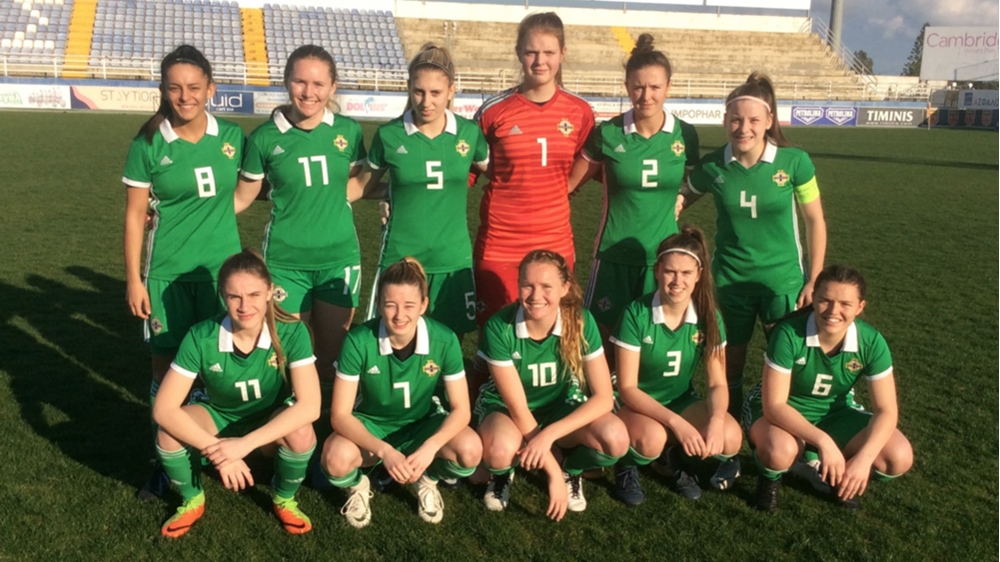 Northern Ireland women’s Under 19s recorded a 4-2 win over Slovakia in the first of two international friendlies this week.

Two doubles from Leyla McFarland and Louise McDaniel helped Alfie Wylie’s side to a victory in Cyprus on Sunday.

The match was part of the squad’s preparations for a WU19 Euros elite round in April where they are due to come up against hosts Norway, Denmark and Ukraine. From the elite round this spring, seven countries will qualify to join hosts Scotland in the WU19 Euros finals from in July.

Northern Ireland were on the back foot with just two minutes on the clock when Slovakia capitalised on a defensive error to take the lead.

But it didn’t take Northern Ireland long to get back on level terms with Leyla McFarland rounding the goalkeeper and slotting home three minutes later.

Leyla McFarland came close again when she rattled the upright before doubling her team’s tally when she outpaced the Slovakian defence to put her team 2-1 up.

And things got even better on the stroke of half-time when, after strong play in midfield, a cross from Rebecca McKenna was forced home by Louise McDaniel to give the NI girls a 3-1 advantage at the break.

An even second half saw Slovakia reduce the deficit to one goal on 48 minutes but a second goal by McDaniel on the hour sealed the victory for the Northern Ireland team.

Wylie’s squad’s next test comes against Cyprus on Tuesday (February 12).