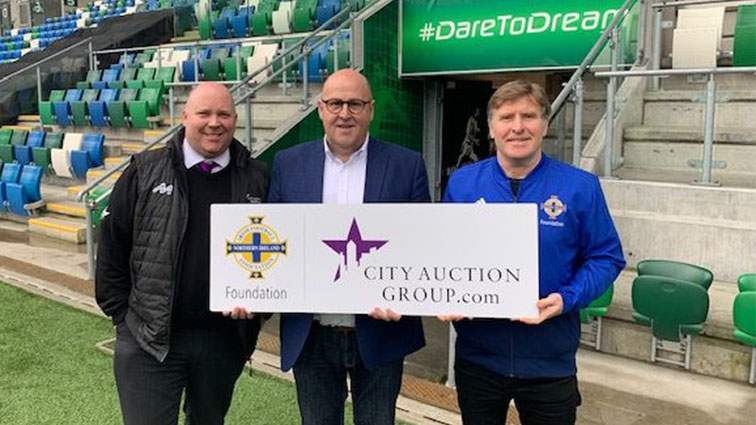 City Auction Group is now backing Ahead of the Game, which raises awareness of the issues surrounding mental health.

The programme is part of the UEFA Hat Trick funding for football and social responsibility and was developed in partnership with TAMHI (Tackling Awareness of Mental Health Issues), Inspire and Train 2B Smart Soccer. The MindSight and Change Your Mind charities are also helping to deliver the initiative.

City Auction Group Managing Director Michael Tomalin said: “Issues surrounding mental health can affect anyone. We believe this is an excellent programme as it tackles issues such as challenging the stigma as well as outlining preventative measures.”

The group, which has centres in Belfast, Omagh and Rockingham and provides car and motor auctions plus many other auction services, will be backing dozens of Ahead of the Game workshops across Northern Ireland this year as part of the sponsorship deal. The workshops aim to support clubs and volunteers when dealing with mental health issues.

The Ahead of the Game programme is also set to become part of the Irish FA’s wider club accreditation criteria.

Irish FA President David Martin pointed out: “Football plays a big part in the mental health of players, volunteers and even supporters as it can have a major impact on our emotions, relationships, identity and self-esteem. Staying mentally well is like staying physically fit.”