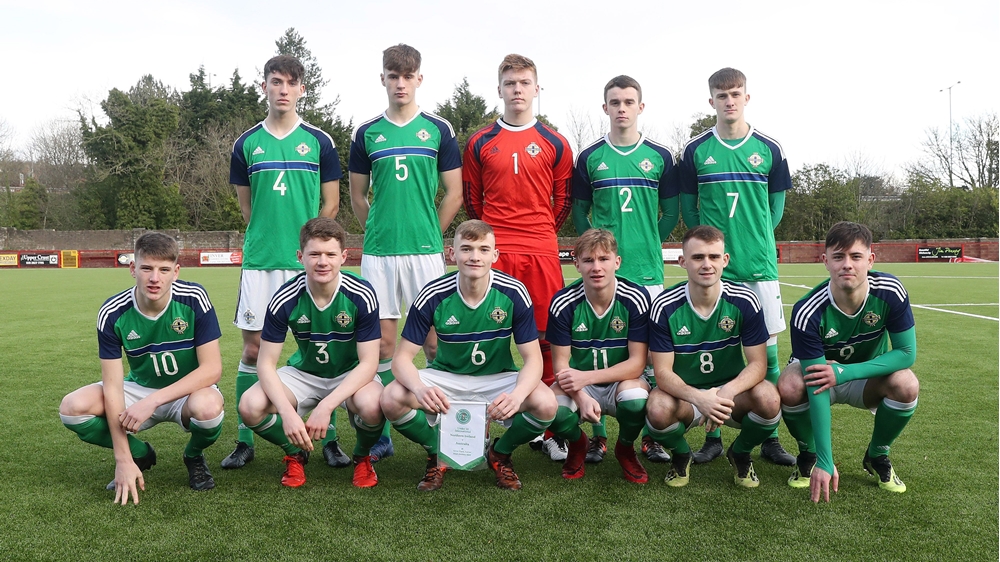 The Northern Ireland Under-18 Schoolboys squad are heading to Jersey to play two games – against Jersey’s U18 and U21 sides.

It will be the boys’ second international outing this year following their 1-1 draw against Australia’s U18/U19 Schoolboys in Belfast last month.

The squad will fly out to the Channel Islands on Sunday for the games against Jersey’s U18 and U21 teams and U18 Schoolboys manager Frankie Wilson, who has selected an 18-strong panel, believes the two international games will be extremely beneficial to his side ahead of this year’s Centenary Shield competition, which kicks off next month.

Wilson said: “These games offer a great opportunity to work closely with the players on all aspects of the game. Following a three-month trials process I feel I’ve now got a great squad to go and hopefully win the Centenary Shield.

“I have a few players back from last year and some exciting new players, some of whom who are already playing Irish League first team football.”

He pointed out last month’s game against the Australians was frustrating as the team missed a handful of gilt-edged chances, including a penalty, in the 1-1 draw. He said the game taught the players that they need to be more ruthless when it comes to finishing.

The manager further revealed: “We have had a slight change to the backroom team. Simon Nicks is now team coach along with goalkeeping coach Eamon Curry. Brian Donaghy unfortunately has his hands full with institute. Brian is a huge loss to us. I would like to thank him for his work in the past five years.

“Bob Ramsey has again been the guiding light as our secretary and as always I’m excited and honoured to lead this team. Hopefully there will be players among them who will go on to full-time professional football in England or Scotland and U21 or senior international football.”

The Northern Ireland U18 Schoolboys squad travelling to Jersey features: