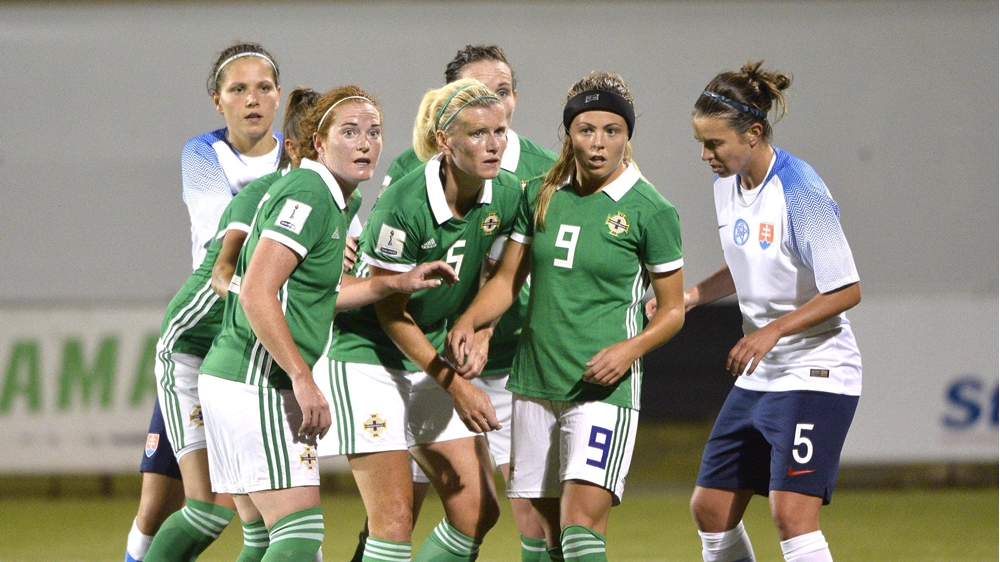 Alfie Wylie’s side have been drawn to face the Norwegians, Wales, Belarus and Faroe Islands in Group C of the European qualifiers, which get under way this August and run until September 2020.

Group C top seeds Norway, ranked 13th in the world, will be fresh from an appearance at this year’s FIFA Women’s World Cup finals when they face Northern Ireland on 30 August (venue TBC).

Northern Ireland also came up against the Norwegians in the FIFA Women’s World Cup France 2019 qualifiers, losing 4-1 away and 3-0 at home.

Game two in the Women’s Euro 2021 qualifiers for Northern Ireland, who are ranked 61st in the world, will see them take on Wales away on 3 September.

Wales, who are seeded second in Group C and currently sit at 29thin FIFA’s world rankings, narrowly missed out on a World Cup finals appearance this summer after finishing second in their qualifying group behind England.

A game away to Norway on 8 November is next up for Northern Ireland’s senior women, followed by a home match against the Welsh on 12 November (venue TBC).

Moving to next year, Northern Ireland will face third seeds Belarus away on 14 April – and game six is against Belarus at home on 5 June (venue TBC).

The ties against fifth seeds Faroe Islands have been scheduled for 9 June (home, venue TBC) and 18 September (away).

Nine group winners will qualify automatically for the 2021 finals in England along with the three best runners-up. The six other second-placed teams will face play-offs for the final three spots.