In the senior women’s league final – it was staged in Belfast’s Shankill Leisure Centre – the team from Derry-Londonderry showed too much respect to the Crues and were simply blown away by their Belfast opponents.

Almost right from the start it was a one-sided affair. Mairead McCann opened the scoring for the Crues early on before Julie Nelson doubled their lead.

Then it was Caitlin Hamilton’s turn to get on the scoresheet as the Crues dominated possession.

Foyle huffed and puffed but could not make any real headway, and Nelson scored a fourth and a fifth for the Strikers to complete her hat-trick.

Lauren Smallwood, who had netted for the Belles in their semi-final win over Lisburn Ladies, pulled one back for the Derry side, however it was too little, too late.

Nadine Murphy grabbed goal number six for Crusaders before Hamilton slotted in her second of the game.

The final goal of the match saw Mairead McCann double her tally on the night – and it meant the Crues ran out emphatic 8-1 winners.

The winners’ trophy was presented to the Strikers by Irish FA President David Martin.

See picture gallery for action from the final. 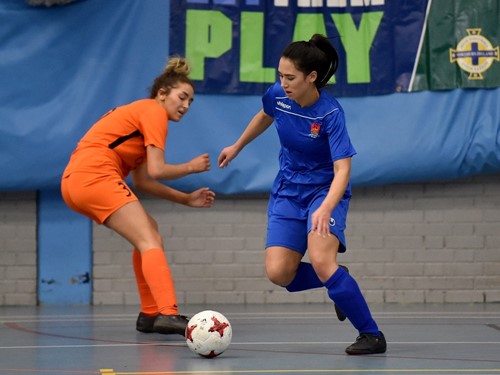 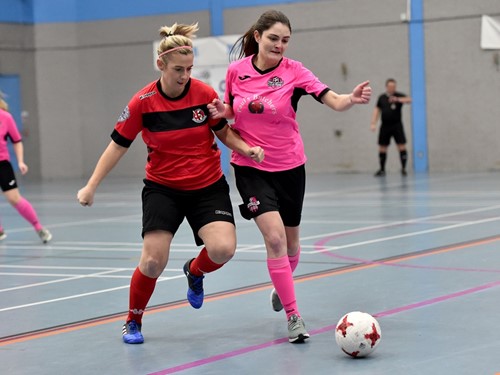 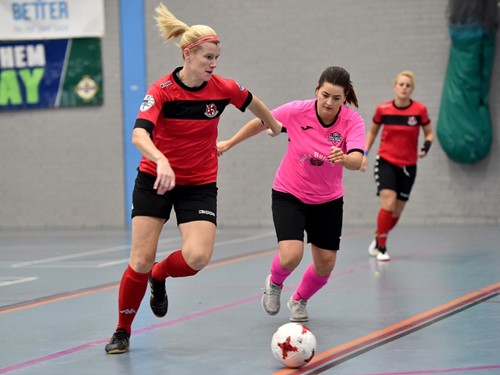 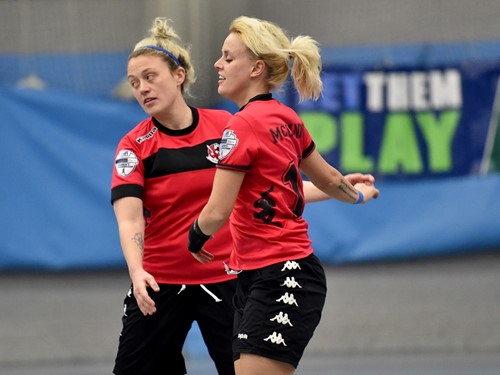 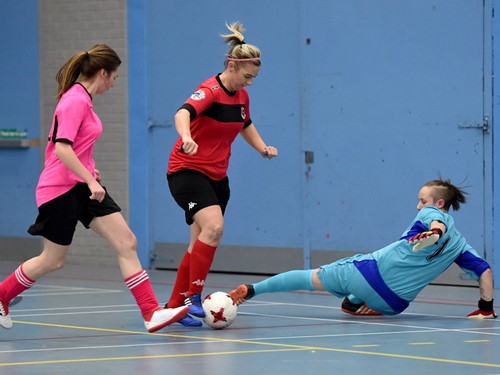 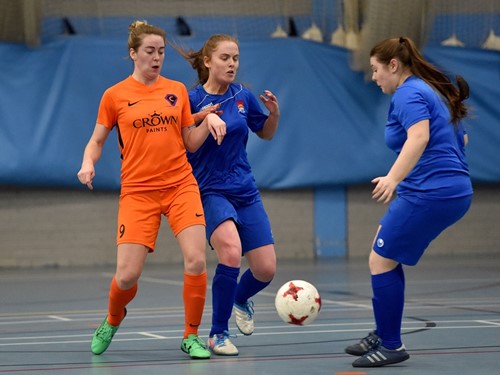 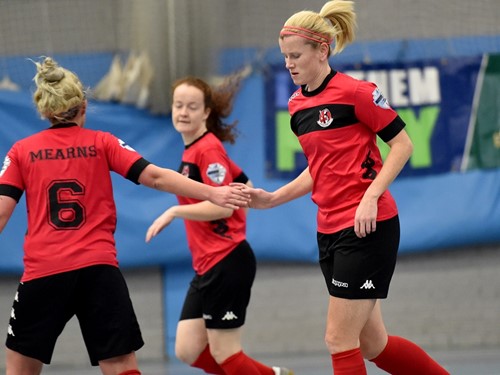 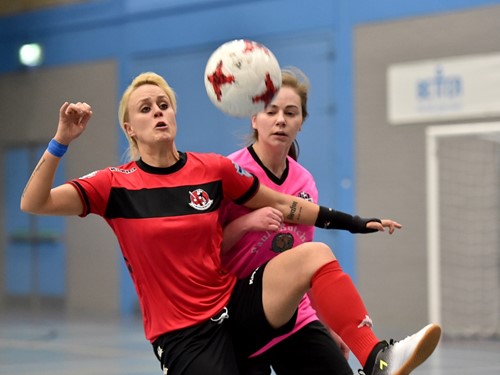 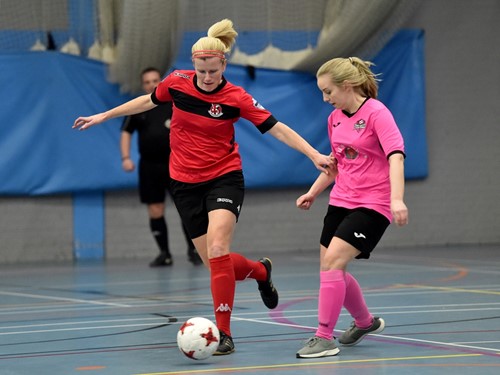 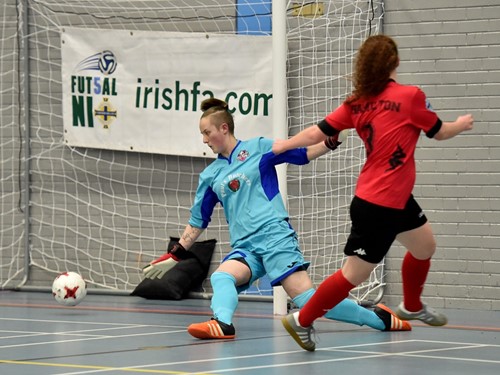 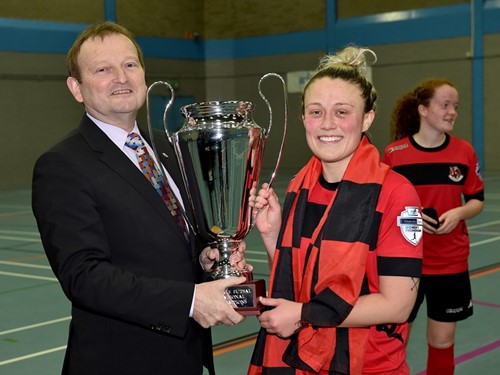 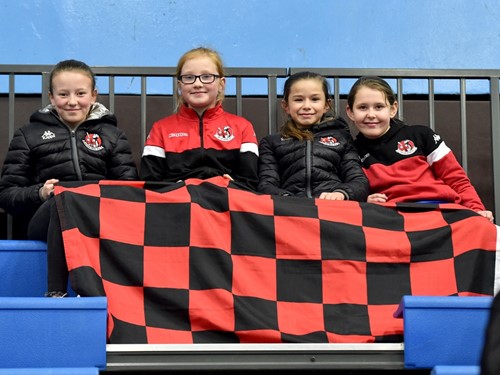 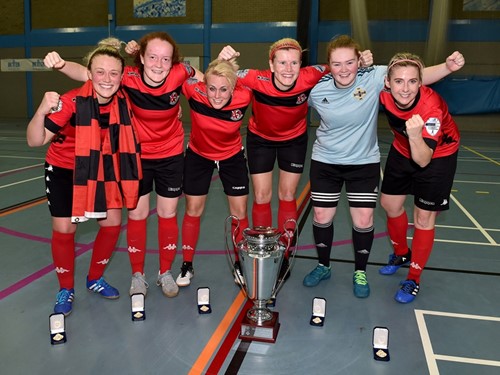 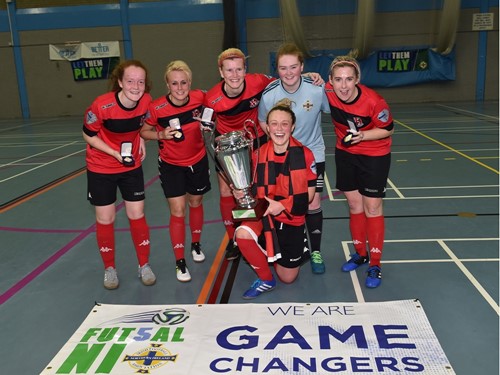 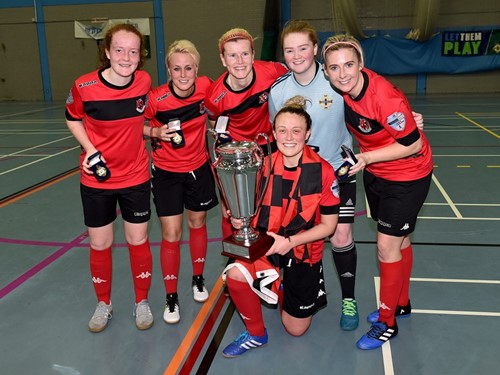 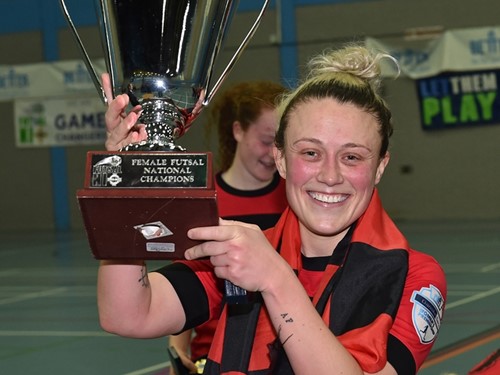