Northern Ireland midfielder on target as Boro see off Baggies 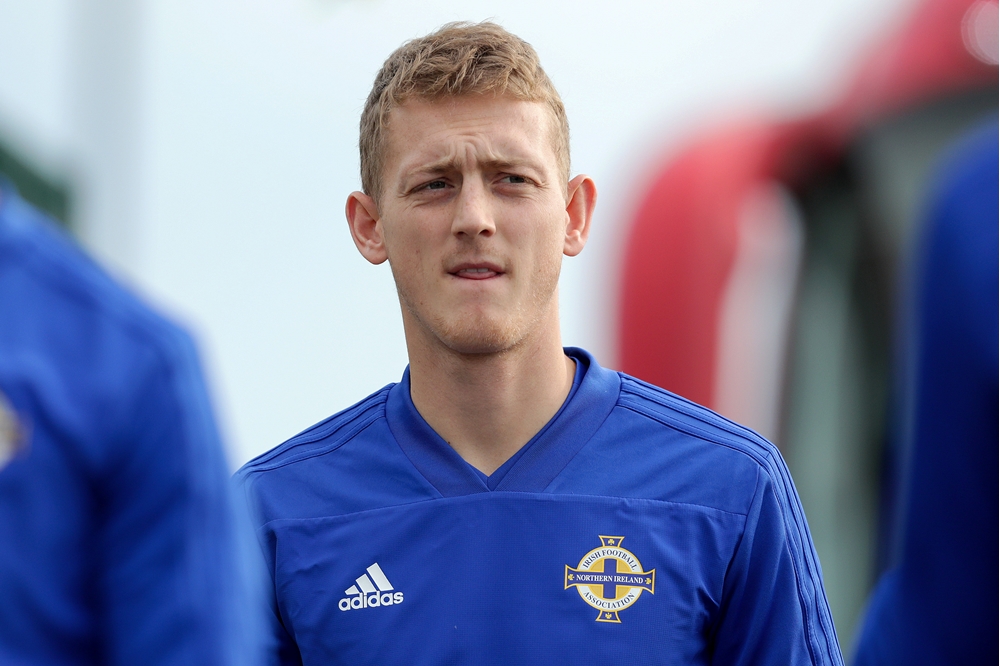 Northern Ireland midfielder George Saville opened the scoring for Middlesbrough at the weekend as Tony Pulis’ side recorded an impressive 3-2 victory over fellow promotion hopefuls West Bromwich Albion at the Hawthorns.

Despite Saville’s early goal, Albion fought back to lead 2-1, however, Boro responded with two goals inside eight minutes to chalk up a much-needed victory and go level on points in the Championship with forurth-placed West Brom.

“That has put a marker down to the rest of the division,” said Saville, whose early goal was his third of the season. “To beat West Brom in their own stadium - and the form they’re in. That’s a great result.

Also on the scoresheet was NI winger Jordan Jones who scored his fourth goal in his last six games for Kilmarnock when he converted from the penalty spot in their 2-1 home defeat to Hearts on Friday evening.

Hearts’ defender Michael Smith was substituted five minutes from the end at Rugby Park with a suspected hamstring injury.

In the Premier League, both Craig Cathcart and Jonny Evans played the full 90 minutes for Watford and Leicester City respectively, with Evans putting in an excellent performance in the 1-0 defeat at home to his former club Manchester United.

There were assists over the weekend for Norwich City left-back Jamal Lewis and Ollie Norwood of Sheffield United.

Former Northern Ireland under-21 international Cameron McGeehan scored his fourth of the campaign as Barnsley moved up into second place in the League One table with a 2-0 home victory over Scunthorpe United.

“It’s nice to know that we’ve moved up to second,” McGeehan told the club’s official website. “But we are on our own path and we know what we need to do.

“We’re not going to be on it every week and like we saw against Rochdale, sometimes it’s just about getting the three points.

“We’ve got to keep putting performances together and not look too much at other teams around us.”

In Scotland, Billy McKay’s remarkable season continued when he bagged his 16th goal this term as Ross County consolidated top spot in the Championship with a 2-1 away win at Dunfermline Athletic.

Also in the Championship winger Darren McCauley scored his first goal for Inverness Caledonian since his arrival from Coleraine, however, it proved to be merely a consolation strike as Partick Thistle ran out 2-1 winners at the Caledonian Stadium.

Elsewhere, following his loan move from Stevenage Ben Kennedy made his debut for Newport County who went down 3-0 to Grimsby Town at Blundell Park.

One player who will have to wait to make his debut though is Sunderland’s new £4 million acquisition Will Grigg, who missed the Black Cats' single goal success at home to bottom of the table AFC Wimbledon with an ankle injury.