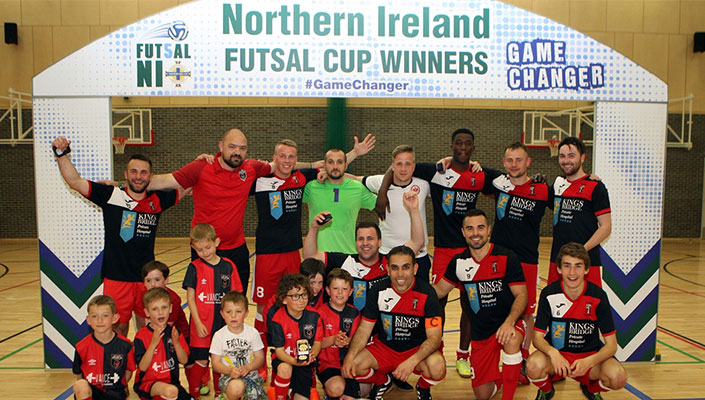 The Irish FA Foundation is encouraging clubs to register for the Northern Ireland Futsal Cup, which will run from later this month until May.

The competition, which is now in its second year, caters for male players aged 16 and above and concludes with a showcase final to crown the Northern Ireland Futsal Cup champions.

To register your interest to participate in the Northern Ireland Futsal Cup please CLICK HERE.

Northern Ireland futsal manager Jonathan Michael explained: “We have a well-established Northern Ireland Futsal League with eight teams competing between September and May.

“This cup competition provides an exciting knockout element in what we offer domestically and I hope new teams and groups will grasp this opportunity to begin participating in the game.”

He added: “I hope any new groups signing up for this competition will enjoy the experience and possibly take the next step to enrol in our domestic programme next season.

“The Irish FA Foundation is encouraging football clubs to get involved in this initiative and discover more about the fantastic game of futsal.”

Clubs can register up to 20 players and the entry fee is £20 per club. Registration will close on Monday 18 February at 5pm with the first fixtures taking place on Sunday 24 February.