Chris Baird retires: Defender aiming to stay in the game after hanging up his boots 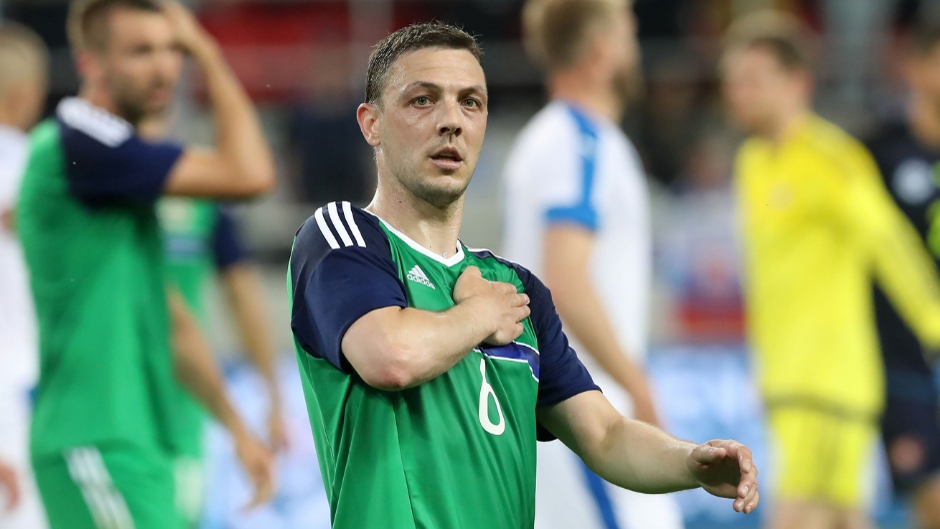 Chris Baird has retired from professional football with immediate effect.

The former Northern Ireland defender said it had been a tough decision for him to hang up his boots after 18 years as a professional.

“It has been one of the hardest decisions I've ever had to make to retire from the game I love and that has given me so much,” said 36-year-old Baird, who had been without a club since leaving Championship side Derby at the end of last season.

“Looking to the future, I want to stay involved in the game in some capacity and I will now look at all the options to see what I can do next after hanging up my boots.”

The former Ballymena United youth player, who is from Rasharkin in Co Antrim, played for Southampton, Fulham, Reading, Burnley and West Bromwich Albion as well as Derby County during his career.

Baird announced his retirement from international football in August 2016, just months after he had been part of the Northern Ireland squad at Euro 2016.

He made his debut for his country against Italy in 2003 and went on to win 79 caps.

Baird, who played at right-back, centre back and as a defensive midfielder for Northern Ireland, lined out in nine of the 10 qualification games that took Michael O’Neill’s side to Euro 2016 in France.

He played his final game for Northern Ireland in the tournament itself, starting in the opening match against Poland in Nice.

In today’s statement announcing his retirement he said playing for Northern Ireland had been “special”.

He pointed out: “Playing in an FA Cup final with Southampton was something I always dreamed of and to reach the Europa League final with Fulham was something that will live with me forever.

“Qualifying and going with Northern Ireland to Euro 2016 is undoubtedly one of the highlights of my career and I am sure it is still talked about by all of the GAWA (Green And White Army).”