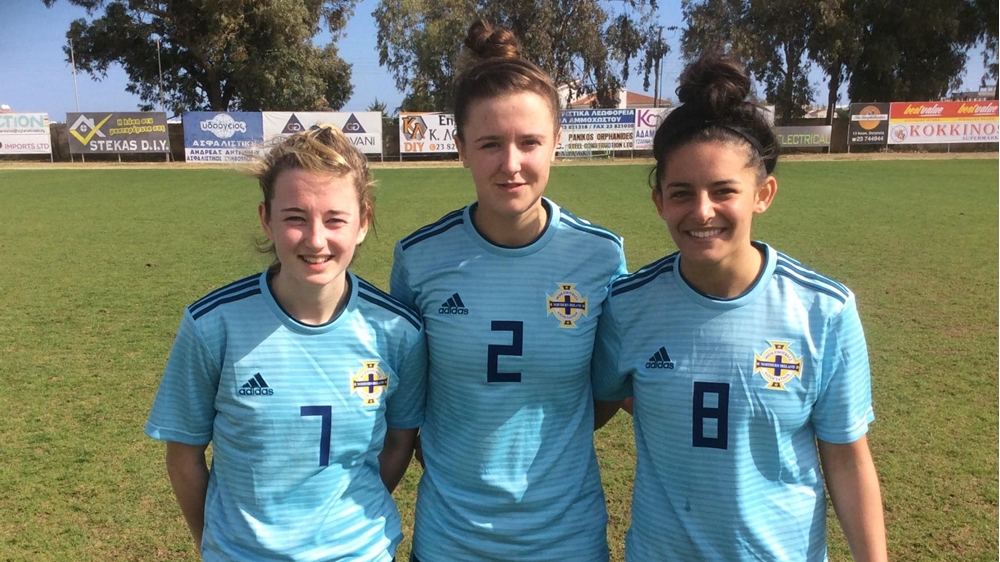 The Northern Ireland Women’s Under-19 team followed up their weekend international friendly win against Slovakia with a victory against Cyprus.

Louise McDaniel, who scored twice in Sunday’s 4-2 win over the Slovakians, netted once again earlier today as Alfie Wylie’s side put three past the Cypriots without reply.

The star of the show in the friendly international was arguably the Cypriot keeper, who repelled numerous Northern Ireland attacks.

The game should have been wrapped up by half-time but the WU19s could only manage a single goal before the break.

It came on 13 minutes when a dangerous cross from Leyla McFarland was converted at the second attempt by Rebecca McKenna.

Megan Bell and sisters Ruby and Leyla McFarland looked particularly lively as Wylie’s side dominated possession, however acombination of poor finishing by the Northern Ireland forwards and good goalkeeping by the Cypriot number one kept the half-time scoreline to just one goal in favour of the visitors.

The early part of the second half was a similar story. Again Northern Ireland created chances but could not finish them, while the Cypriot keeper was in cracking form.

On the hour mark, however, the WU19s did find a way through, McKenna turning provider for Louise McDaniel to convert from close range.

The victory was secured on 85 minutes. Kaia Deane’s initial effort was blocked but Yasmin White was on hand to drill the rebound into the net to secure a 3-0 victory.

The two friendly international matches in Cyprus were part of the squad’s preparations for a WU19 Euros elite round in April where they are due to come up against hosts Norway, Denmark and Ukraine.