Frail’s side suffer second defeat at hands of resolute Greeks 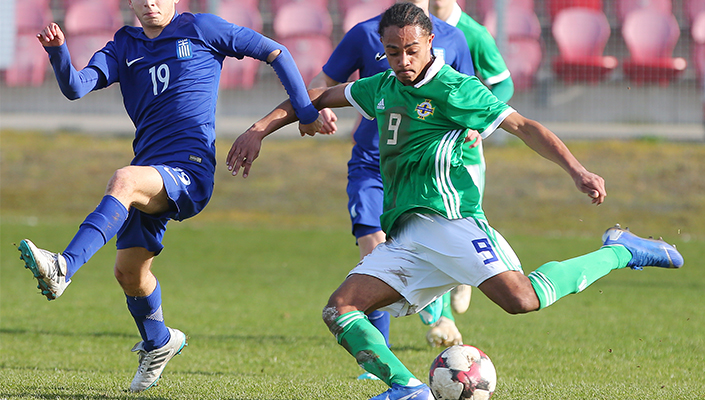 Stephen Frail’s side produced some decent passages of play in the game at Shamrock Park but were kept out by a combination of inspired goalkeeping and resolute defensive work from the Greeks, especially in the second half.

In their game against Greece’s U17s at Dungannon’s Stangmore Park on Tuesday the U17s competed well and were unlucky to go down 3-1.

They were unfortunate again today as they gave as good as they got against the visitors. That was despite missing several key players through injury, while four players who featured in the first game had to return to their clubs.

Northern Ireland deserved at least a draw in the game, but it was not to be.

The first clearcut chance fell to the visitors, however, Northern Ireland goalkeeper Dermot Mee pushing away a stinging drive from Dimitrios Arsenidis.

Minutes later Barry Baggley whipped a lovely ball into the area. Striker Aaron Brown got on the end of it but steered his header wide of the target.

On 20 minutes Greece keeper Konstantinos Balomenos made a good stop at the feet of lively winger Peter McKiernan.

Greece opened the scoring two minutes later when Arsenidis, making his debut for the visitors, skipped past his marker and netted with a well-struck shot from an angle. And it turned out to be the only goal of the game.

Northern Ireland’s best effort of the half came on 41 minutes when Eoin Teggart unleashed a piledriver from the edge of the area which Balomenos tipped over the bar.

Early in the second half McKiernan fired in a great ball across the six-yard box but no-one could get on the end of it. Minutes later his clever flick put Teggart through on goal but the Greek defence snuffed out the threat as he was about to pull the trigger.

Northern Ireland enjoyed the bulk of the possession after the break and produced some neat exchanges in their passing, despite wholesale changes from the bench, but they could not produce a telling final ball.

In the closing stages Frail’s side upped the tempo in search of an equaliser, and were unfortunate not to get one.

Firstly, Dale Taylor produced some fancy footwork and fired in a shot from distance, however the Greece keeper confidently gathered the ball in.

Then Sean Stewart’s excellent shot from long range smashed against the bar before a Ross Hunter blaster was superbly tipped over by Balomenos.

In the 89th minute Northern Ireland were awarded a free-kick on the edge of the area, however Darragh Burns drilled his effort into the Greek wall, and in stoppage time Ciaran McGuckin shot over the top when well placed – and that was the last chance of the game.

This week’s friendlies against Greece were aimed at preparing the U17s for next month’s elite round of the 2019 U17 Euros qualifiers in which they will be up against hosts The Netherlands, Czech Republic and Israel. 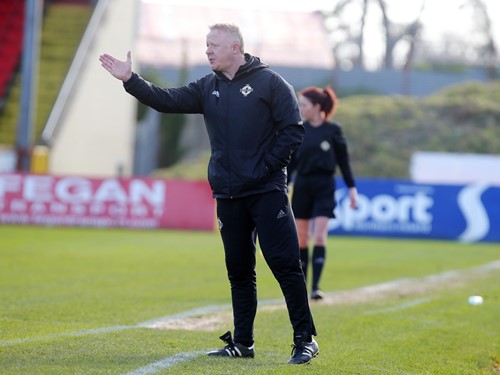 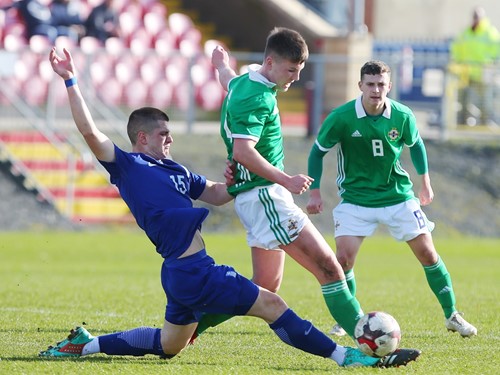 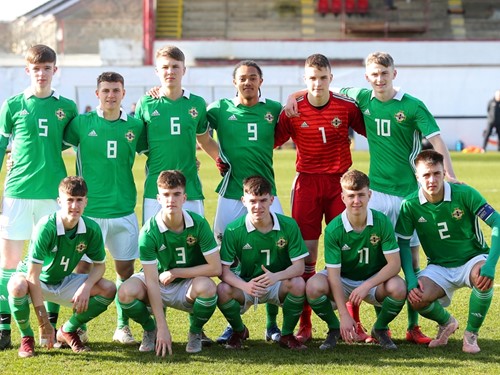 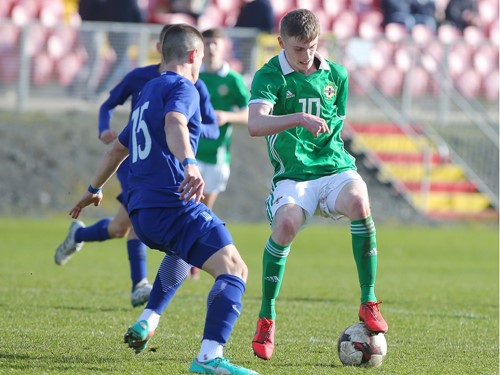 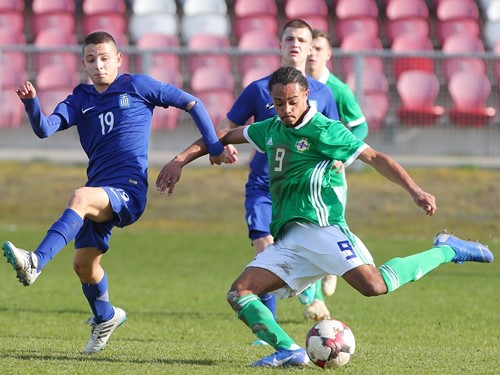 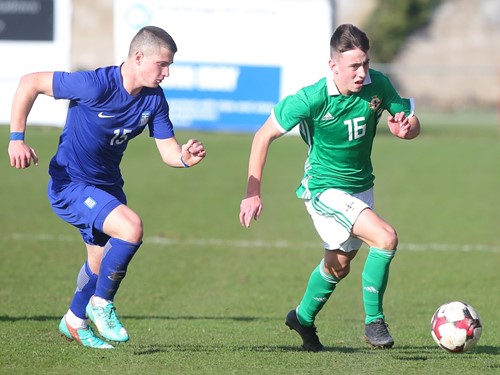 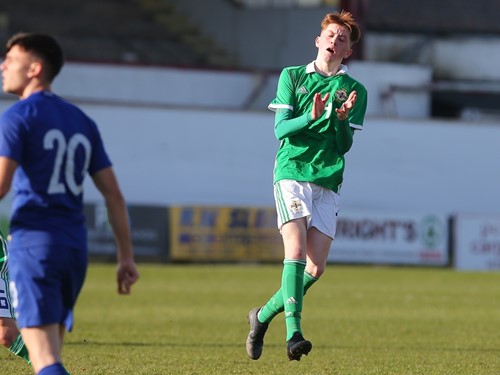