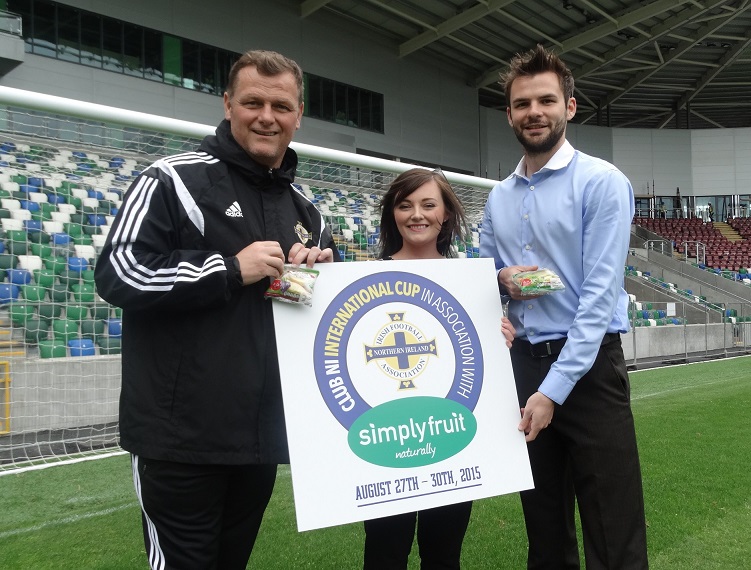 The inaugural tournament, which is being sponsored by Craigavon based company SIMPLYFRUIT ( IRE ) LTD, will take place at Greenmount Campus, Antrim from Thursday 27 August to Sunday 30 August.

The tournament will be a 4 team tournament opening and closing with Club NI playing on Thursday 27th 7pm KO and finishing on Sunday 30th August 330pm KO. The tournament is a showpiece event for the Club NI u14 programme, with the 2002 elite squad representing the IFA Elite Player Development programme in the competition.

Over the coming weeks, the teams taking part in the elite invitational event will be revealed on the Irish FA’s social media sites.

Irish FA Elite Performance Director, Jim Magilton said: “The games section in the Club NI programme is vital for the players, particularly playing top opposition like we will be revealing for this tournament.

“The level of games and the standard of football on show will prove to be a real spectacle for all those youth football enthusiasts and we are delighted to have Simply Fruit on board as sponsors of the tournament.”

SIMPLYFRUIT ( IRE ) LTD Managing Director, Patrick McCann added: “We are delighted to be involved with the Irish Football Association for the inaugural Club NI International Cup tournament, and we wish all involved every success with this new and exciting venture.”