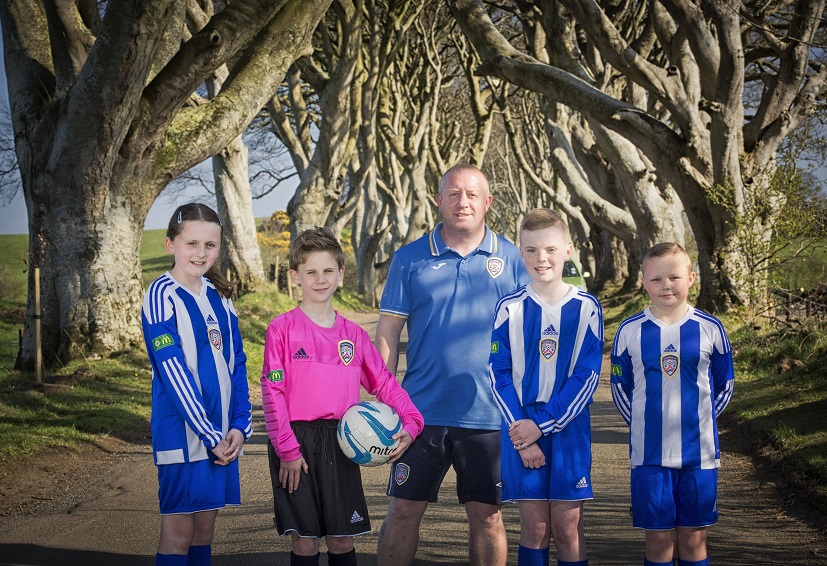 McDonald’s, in partnership with the Irish Football Association and official kit supplier adidas, is today announcing the launch of the second year of their Accredited Club Kit Scheme. The programme gives every accredited football club in Northern Ireland the chance to redeem a free kit every year for the next three seasons.

Over four years, the scheme will support over 6,200 accredited grassroots football clubs across the UK, with more than 72,000 brand new football kits up for grabs in 2015 alone.

McDonald’s Head of Northern Ireland Football, Pat Jennings, said: “The McDonald’s Accredited Club Kit Scheme is a fantastic opportunity for grassroots clubs throughout Northern Ireland to provide their teams with first class playing kits. Last year, we were overwhelmed with the response that our initial kit launch received with over 90% of eligible clubs in Northern Ireland and the UK redeeming kit and this year we expect that figure to rise further.

“Grassroots clubs invest a significant amount of time in providing their local communities with opportunities for children and adults to play and enjoy football. Our programme is committed to supporting this investment by local clubs in helping them to raise the standards of football that they offer by removing the financial burden of buying new kits every season.”

“You can’t underestimate the boost that young people get from being able to pull-on a brand new football kit at the start of the season. It’s fantastic that our partnership with McDonald’s allows clubs across Northern Ireland who are part of the new Foundation Club Mark scheme to order brand new adidas football kits each season. It boosts the confidence of the players and is a way of saying thank you to football clubs across Northern Ireland that do so much to raise the standard of the grassroots game.”

To find out how your club can redeem their free kit as part of the McDonald’s Accredited Club Kit Scheme visit www.mcdonalds.co.uk/kitscheme. 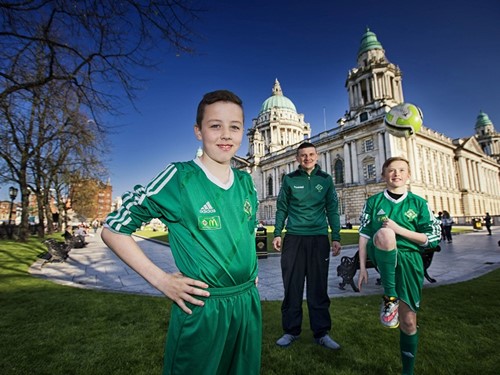 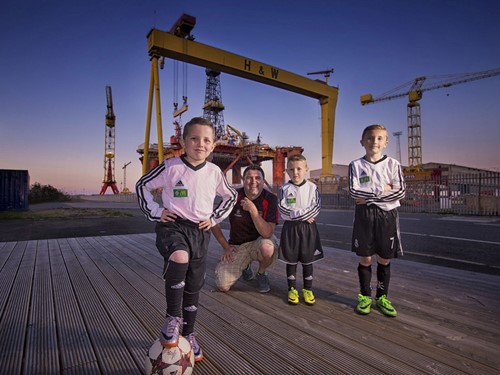 Glentoran Academy at Harland and wolff. 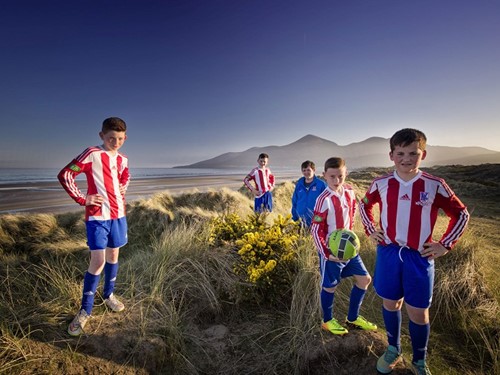